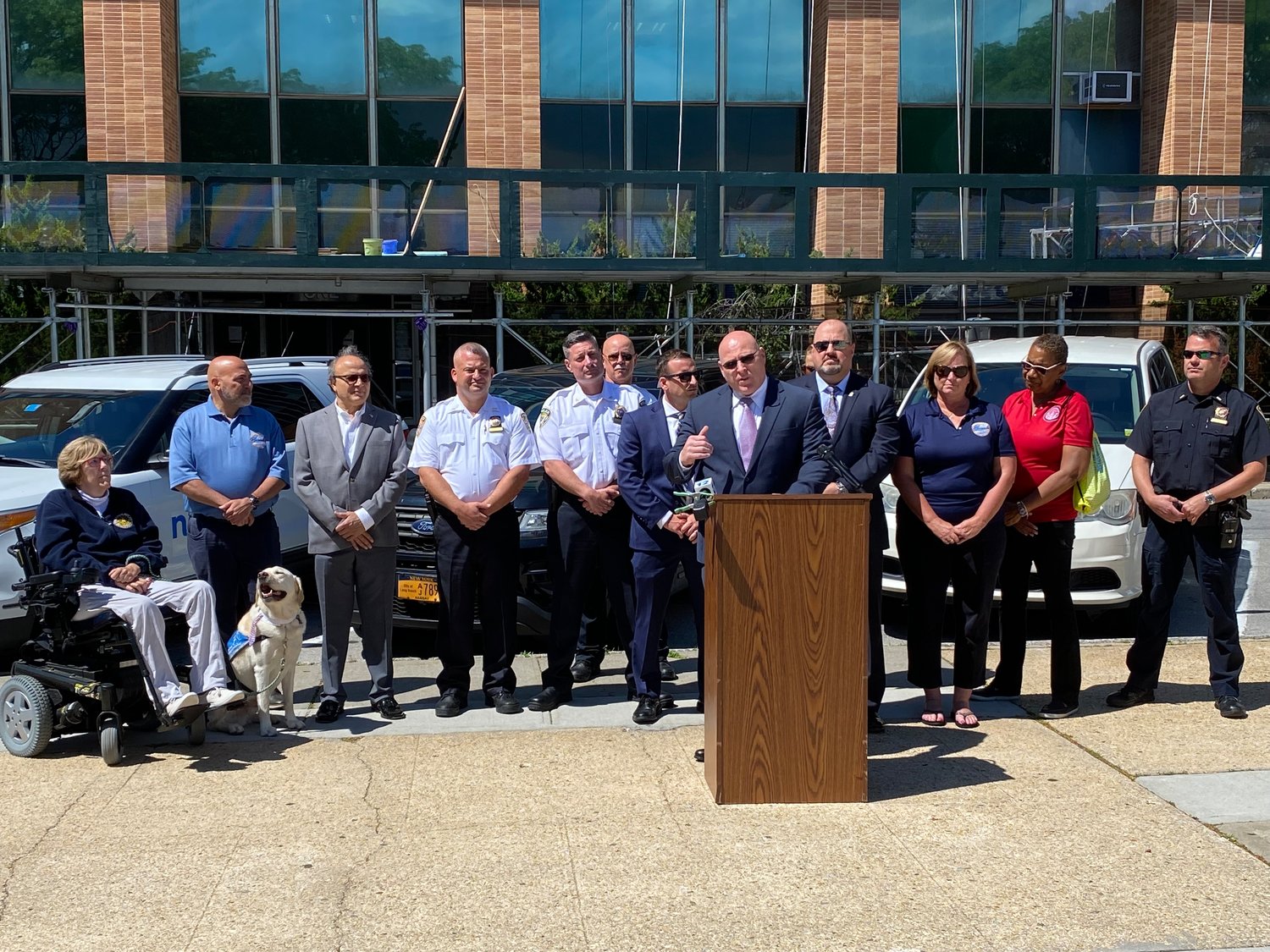 The Long Beach Police Department Tuesday announced the arrest of a 23-year-old man in connection with the shooting death in March of a Queens man after a dispute.

Homicides are extremely rare in Long Beach. It had been six years since an event that resulted in a homicide, police said.

City Police Commissioner Ron Walsh said at a press conference outside City Hall that the gunman has been identified as Shaun Teemer.

Walsh said that on Monday, “the Long Beach Police Detective Division came upon information and determined that Mr. Teemer was at 425 East Broadway, the location where the homicide took place.”

“We waited for homicide squad, Nassau County Emergency Services and Bureau of Special operations to arrive and we converged upon the car and placed him under arrest,” Walsh said.

Teemer was arrested at about 2 PM Monday.

Teemer allegedly got involved in a dispute with an Uber driver, before following the driver inside the property and shooting him.

The victim, Alberto Manuel Hernandez, 27, of Queens, was taken to a local hospital where he died on March 23. It is unknown if Teemer called for the car and the investigation is still ongoing.

Walsh thanked the Nassau County Homicide Squad and Police Department for bringing the “investigation to a successful conclusion.” He also said he wants residents to know they can “rest easier now.”

“We’re hopeful that somehow this arrest can bring some sort of closure to the Hernandez family,” Walsh said. “This department has received a tremendous amount of community support and help not only to apprehend the subject, but also from the property owner.”

The property owner, Vim Goyal, said he found out about the shooting from Walsh, who called him to tell him. He said he did not know Teemer or his family, who live in the area.

Walsh spoke about Teemer’s criminal history, saying he has been charged in the past with three felonies, two violent, including robbery in the first degree with a firearm.