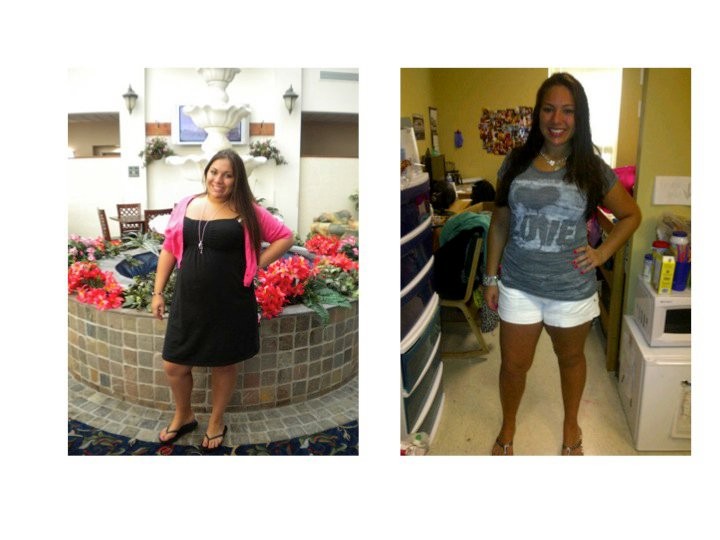 Lindsey Siegel starred on MTV’s new documentary series “I Used To Be Fat,” adopting a rigorous exercise routine and a healthy diet and losing 55 pounds.
Lindsey Siegel
By Chris Engelhardt

Before she headed off to Old Dominion University in Norfolk, Va., Long Beach resident Lindsey Siegel knew she had a problem — one that she needed to remedy.

“I was eating a lot of fast food and going out to dinner all the time,” said Siegel, a resident of the Canals and a former Long Beach High School cheerleader who is now 19. “I was surrounded by food. I was always snaking. I was ordering in a lot — it was getting out of control.”

That was when, fully aware of the history of obesity and diabetes in her family, she said, she decided to take control of her situation through an unprecedented opportunity. She was selected to star on MTV’s “I Used To Be Fat,” a new reality series profiling teenagers who want to shed pounds before starting college. Each teen works with a trainer who challenges him or her with a rigorous fitness regimen. Participants also learn healthier eating habits and how to maintain a routine to ensure weight loss.

Siegel, whose episode aired on Oct. 25, said that the experience helped boost her confidence and led her to embrace a healthier lifestyle. “MTV followed me from June through November, the summer of 2010,” she explained. “I worked out with a trainer every day for about four to five hours. I ate really healthy. They gave me all these tips to lose weight. They change your life.”

Janine Siegel, Lindsey’s mother, said that the opportunity presented itself last year, and she immediately informed her daughter. “I myself have tried out for ‘The Biggest Loser,’” she said. “It was March 2010. I got an email from a casting director I had previously met with.”

That was when she learned that “The Biggest Loser’s” producers were also producing the new MTV series, Janine explained. “They asked if I had a child entering college, and if she was 50 or more pounds overweight,” she said. “I called Lindsey. I forwarded her the email. She answered [the message] and got a call from them right away.”

Lindsey said that although the training was difficult, she persevered. Her diet included plenty of grilled chicken, fish, vegetables and sometimes steak. She endured extensive cardiovascular exercise while working on other routines to tone her body. At times, she said, she wasn’t sure if she could continue.

“It was really hard at first — my body wasn’t used to the workouts,” she said. “That summer I was miserable, I was always tired. I felt like I couldn’t do it.”

And during the filming, as Lindsey made strides to lose weight, tensions grew between her and her father, Larry. “They got into a few arguments. He did a few things that were not nice,” Janine said. “In all fairness, I think the things that happened while the show was filming … he was trying to distance himself, knowing she was leaving for school.”

But after months of grueling workouts and healthy eating, the time and effort Lindsey put in paid off. She lost 55 pounds, and also managed to make peace with her father. She even made an appearance on “The Rachael Ray Show” on Nov. 1 to talk about her experience.

Lindsey continues to stay fit, exercising and eating carefully. Her advice for those looking to shed unwanted weight? “Stay away from bad carbs,” she said. “It’s OK sometimes to indulge, but know there must be a balance.”

Her experience was so memorable, she said, that she decided to study communications in college and wants to be a publicist. She hopes to secure an internship with MTV during college. “It was the most amazing experience of my life,” she said.

Janine said that what was most important for her daughter was for her to go to college and start a new chapter in her life, living healthy and being happy. Lindsey was such an inspiration to her, she said, that she, too, has lost 50 pounds.

“I’ve always been proud of her, but the woman she’s becoming, it’s amazing to me,” Janine said. “I’m so proud of my daughter. It’s been an unbelievable journey.”