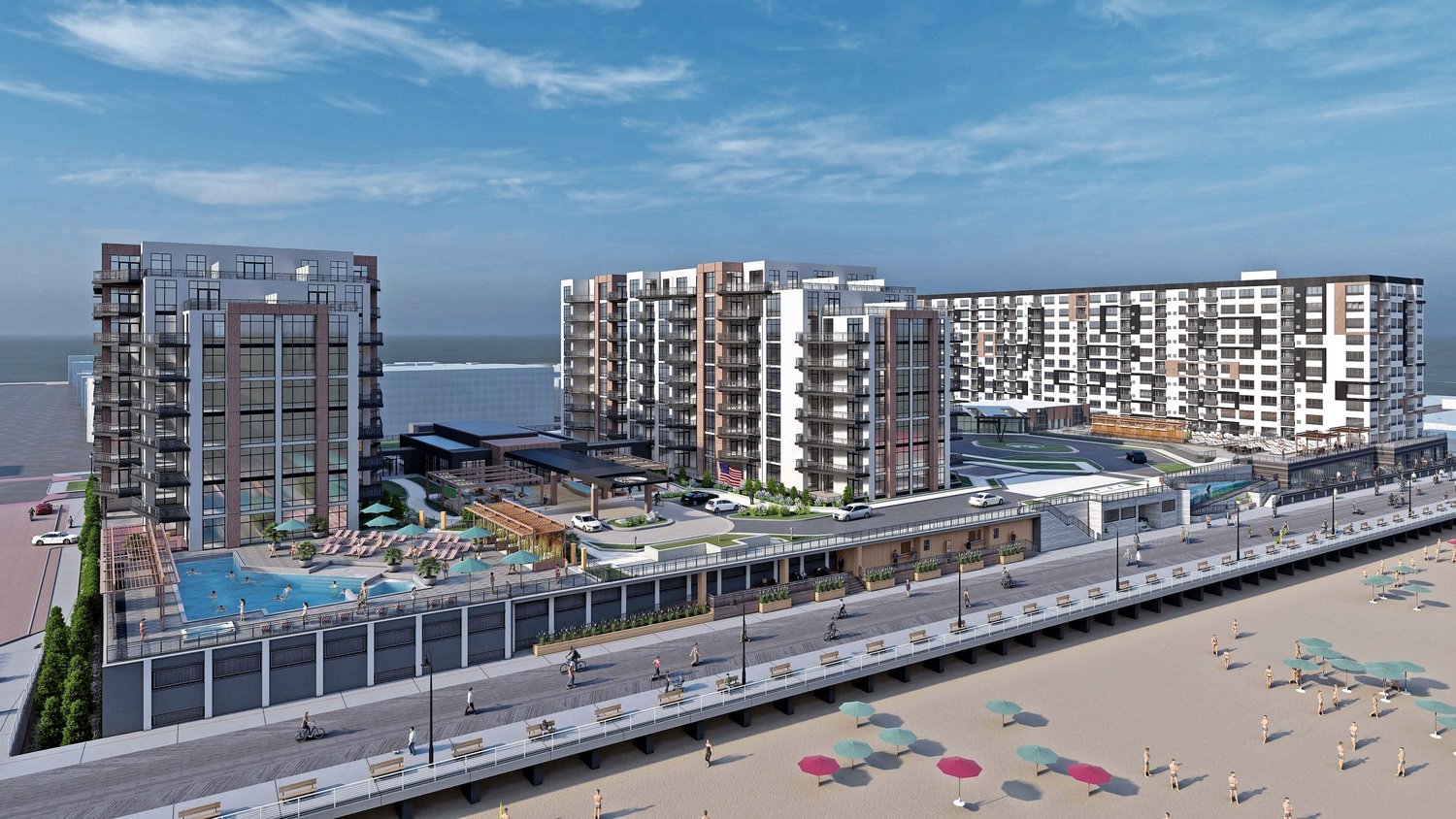 The planned superblock project, shown in a rendering, ends 40 years of negotiations and lawsuits and will clean up a longtime Long Beach eyesore.
Courtesy Engel Burman
By James Bernstein

The four-decade-long effort to build residential apartments and condominiums on Long Beach’s Superblock has come to a successful end.

The Nassau County Industrial Development Agency this week approved the sale of the property by iStar, a Manhattan-based company, to the Engel Burman Group of Uniondale, the final step in an ongoing bureaucratic process that has involved government officials, political figures and residents for 40 years.

Engel Burman will build two nine-story condo buildings and a 10-story apartment building on six acres between Riverside and Long Beach boulevards. The site has been largely abandoned for years and was an eyesore for the City of Long Beach.

Gary Lewi, a spokesman for Engel Burman, said groundbreaking for the project may come as early as this fall.

“This is an extraordinary chapter in the economic renaissance of a community and a county,” Engel Burman President Jan Burman said.

“Through the cooperation of various parties, disciplines and sectors,” he continued, “there has been an unprecedented shared commitment to moving forward on this site.”

The $369 million project will include 6,500 square feet of boardwalk-level retail, a restaurant and two levels of 1,100 parking spaces.

The sale price of the property was not revealed.

“This is a huge project for Long Beach and for the IDA,” agency President Richard Kessel said.

Another key step along the way came in April, when the Long Beach City Council approved a settlement that dismissed a $105 million lawsuit that iStar had filed against the city, which was contingent on the sale of the property and Engel Burman’s collecting a $2.5 million credit that iStar had paid toward building permits.

The lawsuit was filed in 2018 after the city revoked a building permit for iStar for not starting construction within the first year of the project.

Engel Burman also developed the Aqua, an eight-story, 56-unit condo in Long Beach with ocean views from every residence. The company has also built Bristal assisted-living facilities in Nassau and Suffolk counties.

The Industrial Development Agency approved tax exemptions for mortgage recording tax, sales tax and tax breaks that will save $49 million on property taxes on 238 apartments for Engel Burman over the next 25 years. The condos will begin paying taxes as soon as they are completed.

The project is expected to generate $130 million in new taxes over the next quarter century. That includes $32 million to the city, $75 million to the school district and $13 million to Nassau County.

Kessel has said the IDA has formed an oversight committee, including representatives of Engel Burman, unions, and Long Beach and Nassau officials, to monitor the project in case issues develop during construction.

iStar officials also blamed the city for not supporting $129 million in tax breaks that the company had previously sought from the IDA and two benefits packages that were rejected.

“After 30 years of stagnation, the property is finally going to be put back into productive use,” Long Beach City Council President John Bendo said. “Advancement of the project also puts to bed the iStar lawsuit, so we’re pleased to no longer have a $100 million suit hanging over taxpayers’ heads.”

The payment in lieu of taxes (PILOT) agreement has been a sensitive issue in Long Beach. Although Engel Burman had held about a half-dozen meetings with civic groups in recent months, some civic leaders are withholding their support until they see the PILOT’s details. They also question whether the city’s infrastructure can support the project.

“I think the city needs this,” said Leah Tozer, vice president of the Long Beach Chamber of Commerce and a real estate agent in town. “We need to expand our tax base. The city is in a death hold right now. We need money, and there is no money.”