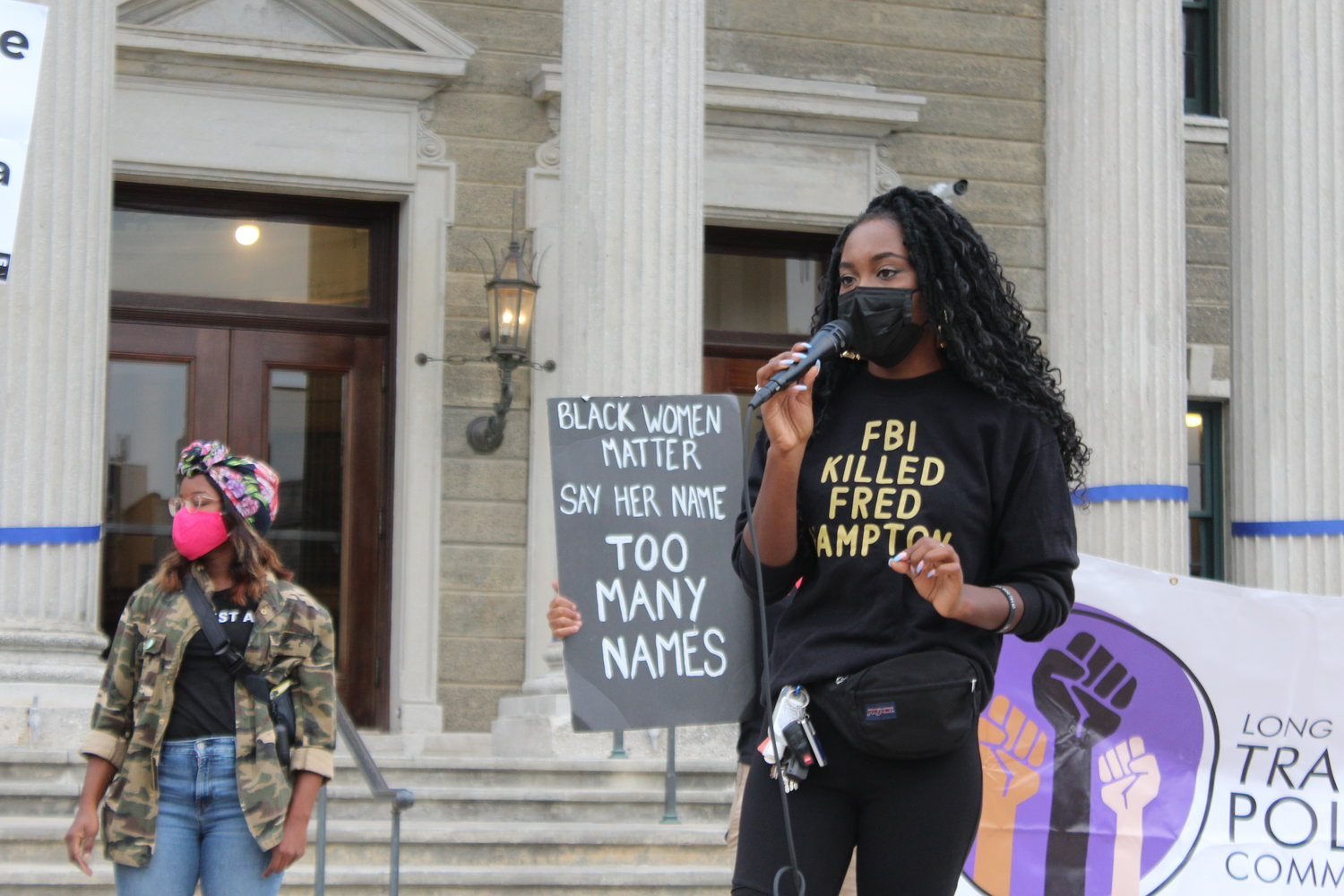 Nia Adams, a racial justice advocate on Long Island, spoke candidly about how the Breonna Taylor case has affected her emotionally.
Briana Bonfiglio/Herald 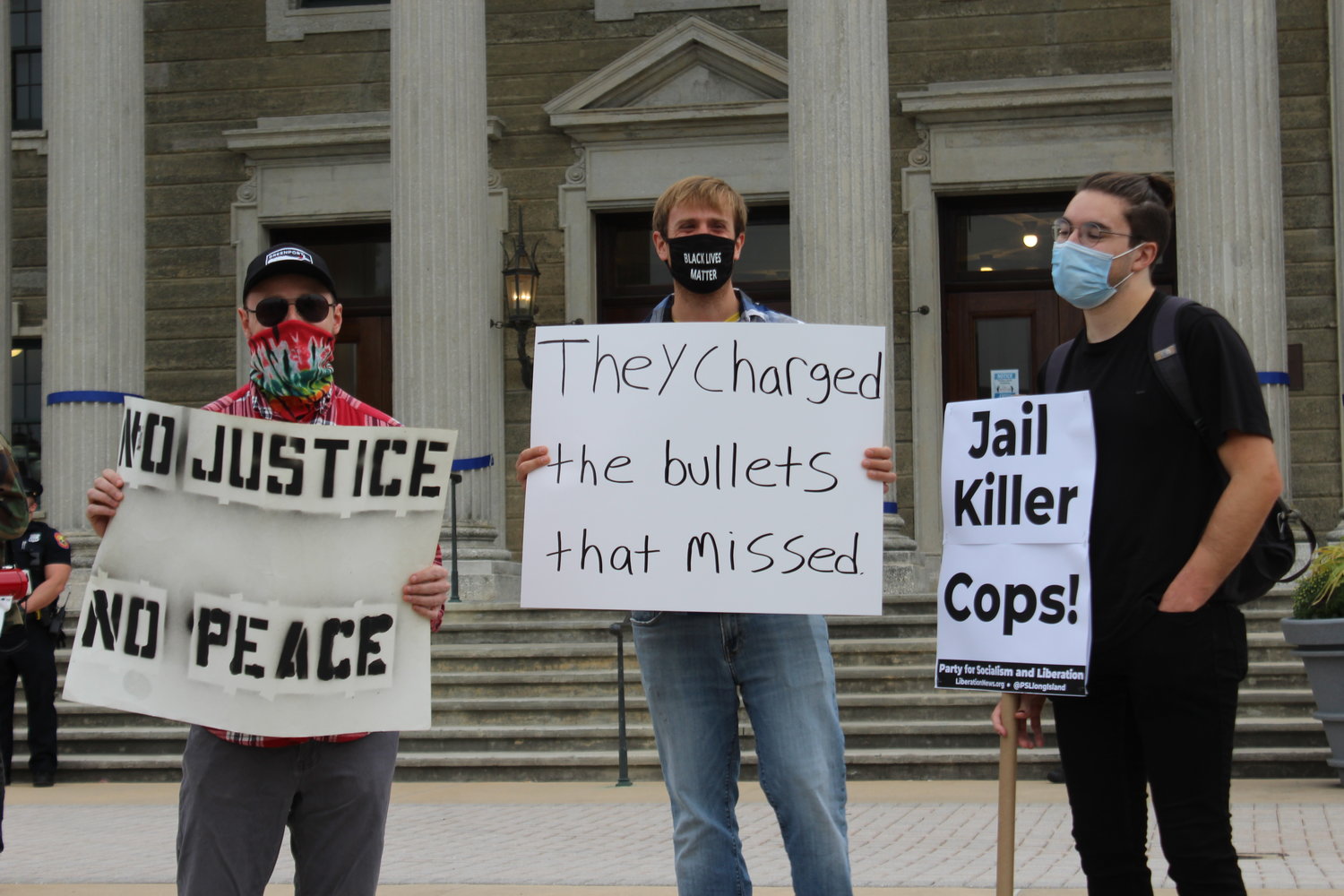 Many held signs in support of Black community members feeling hurt by the persistence of police brutality cases across the country.
Briana Bonfiglio/Herald 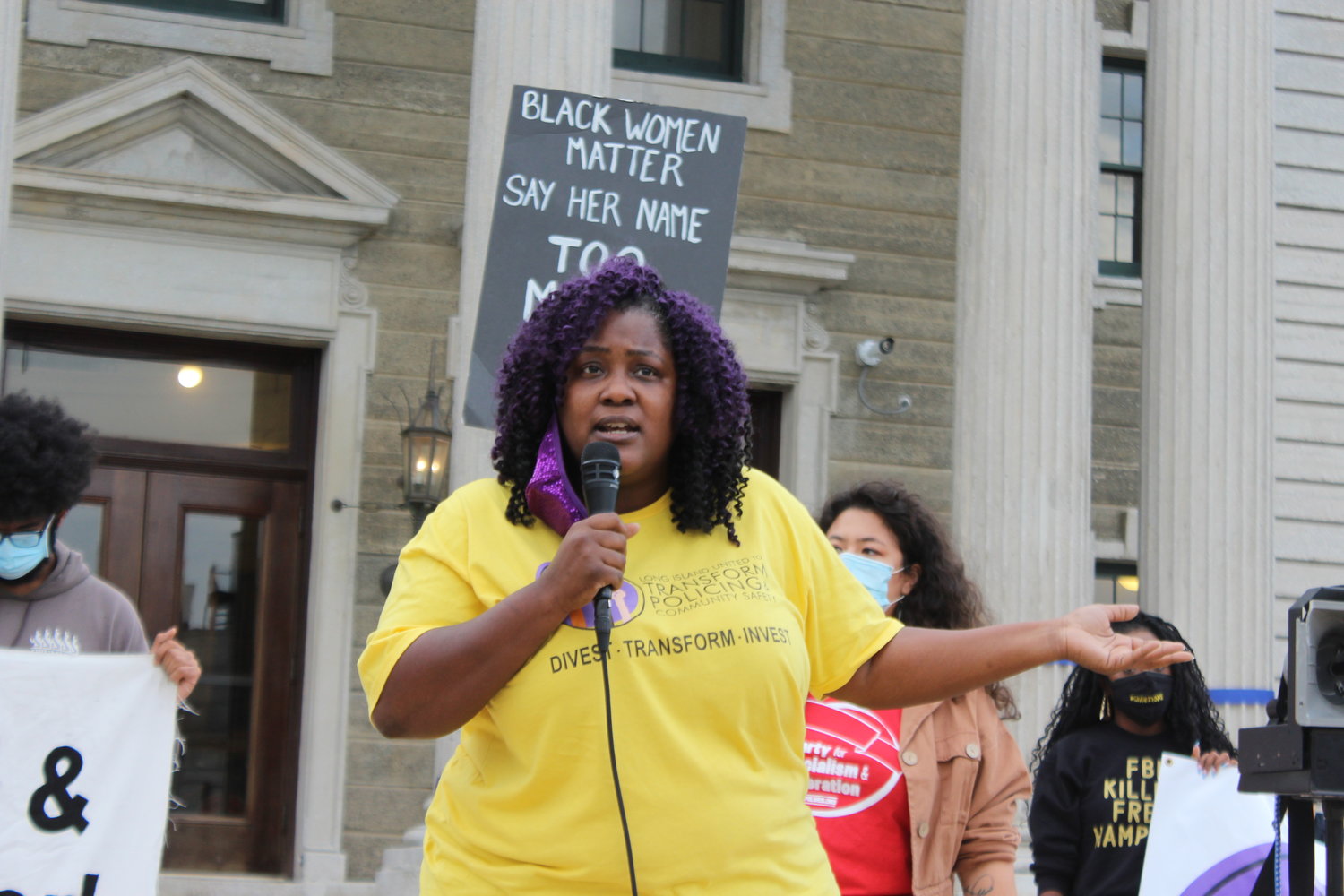 Shanequa Levin, founder of Women’s Diversity Network and member of LI United to Transform Policing and Community Safety, vented her frustrations about how Black people are viewed in the United States.
Briana Bonfiglio/Herald 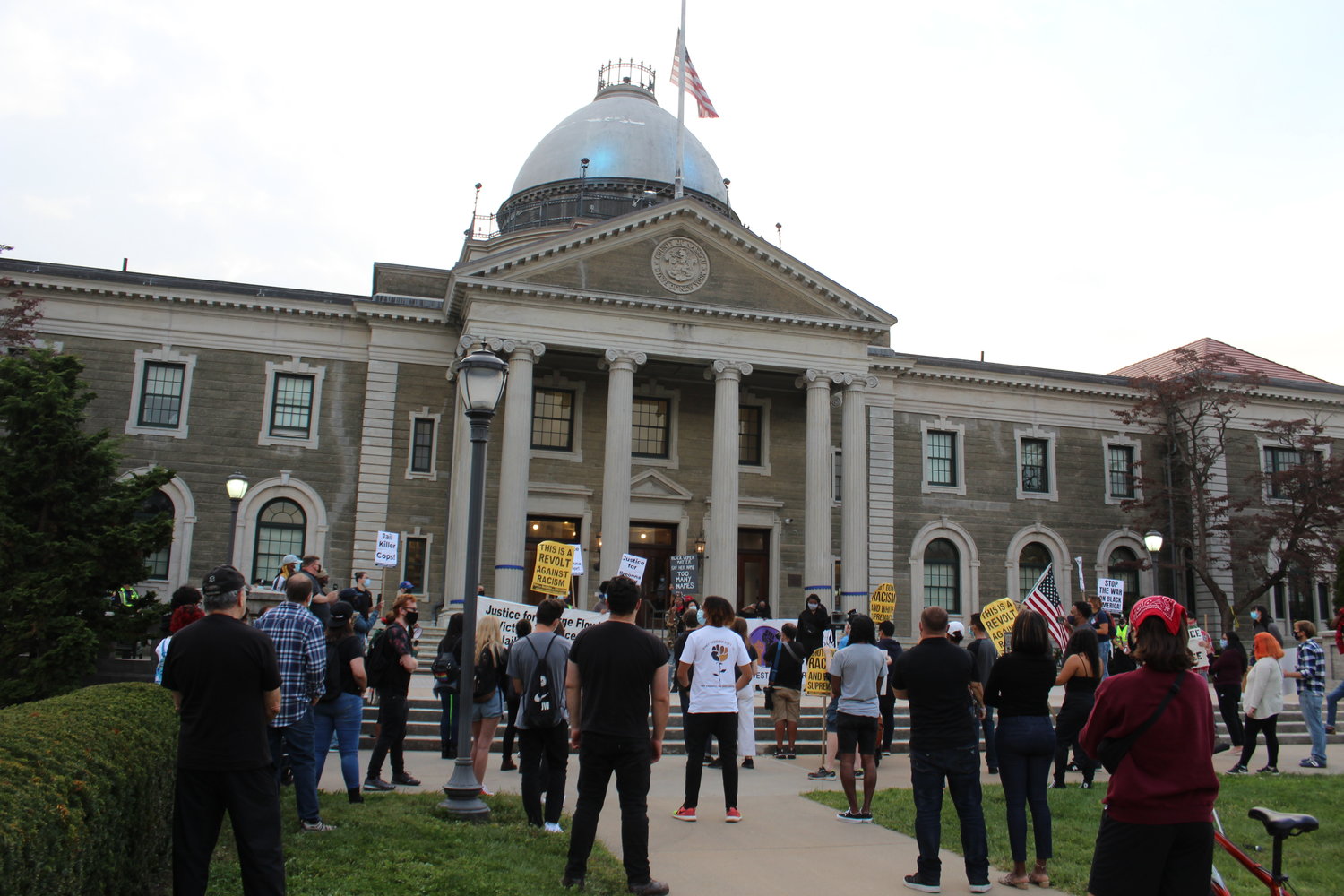 People of all ages, but mostly young people in their 20s and 30s, gathered outside a Nassau County legislative building in Mineola to protest the lack of charges against Louisville police officers for the death of Breonna Taylor.
Briana Bonfiglio/Herald
Previous Next
By Briana Bonfiglio

Black women were front and center at the latest Black Lives Matter protest outside the Theodore Roosevelt Executive and Legislative Building in Mineola on Sept. 24.

The protest primarily sought justice for 26-year-old Breonna Taylor, a Black woman who was fatally shot by a Louisville police officer in March. Officer Brett Hankinson was indicted on Sept. 23 on three counts of wanton endangerment for bullets that flew into a neighboring apartment. There were no charges in relation to Taylor’s death.

One protester held a sign that read, “They charged the bullets that missed.” Others said, “Jail killer cops,” “Shut down racism and white supremacy” and “No justice no peace.” Another said “Defund the police” on the front and “Refund social services” on the back.

Several local advocacy groups banded together to organize the rally, including the Long Island chapter of the Party for Socialism and Liberation, LI United to Transform Policing and Community Safety, Nassau County Democratic Socialists of America, Long Island Black Alliance, NY02 Indivisible, Long Island Activists and Young Long Island for Justice. The protest began around 5:15 p.m. and led into a march about two hours later, after several Black Long Islanders spoke emotionally at the microphone.

Nia Adams, a Long Island organizer, said she took the death of Taylor “very personally” — “the last 24 hours have been very hard for me,” she said.

Shanequa Levin, founder of Women’s Diversity Network and member of LI United to Transform Policing and Community Safety, said she is “tired of having to give my kids ‘the talk,’” referring to the conversations Black parents have with their children to “teach them how to behave differently” when approached by a police officer.

“I can't take my Black skin off,” she said, shouting. “I can’t do that. I’m Black every damn day, and you see that as a threat.”

Couple Devon Toney and Latoya Bazmore, community organizers from Brentwood, spoke about their own alleged experiences with police brutality. They said that they were beaten by Suffolk County police officers on the evening of Aug. 30 while hosting a barbecue at Ross Memorial Park in Brentwood for homeless, addicted and mentally ill community members. “I’m still traumatized by what went on that night,” Bazmore said, adding that she often sees people who are on the streets struggling being “brutalized by police.”

Throughout the protest, the crowd took part in call-and-response chants, such as “Say her name, Breonna Taylor,” “When Black lives are under attack, what do we do? Stand up, fight back” and “The people united, will never be defeated.”

“All I want us to do is continue what we doing,” Bazmore said. “Don’t ever lose the fight in you.”