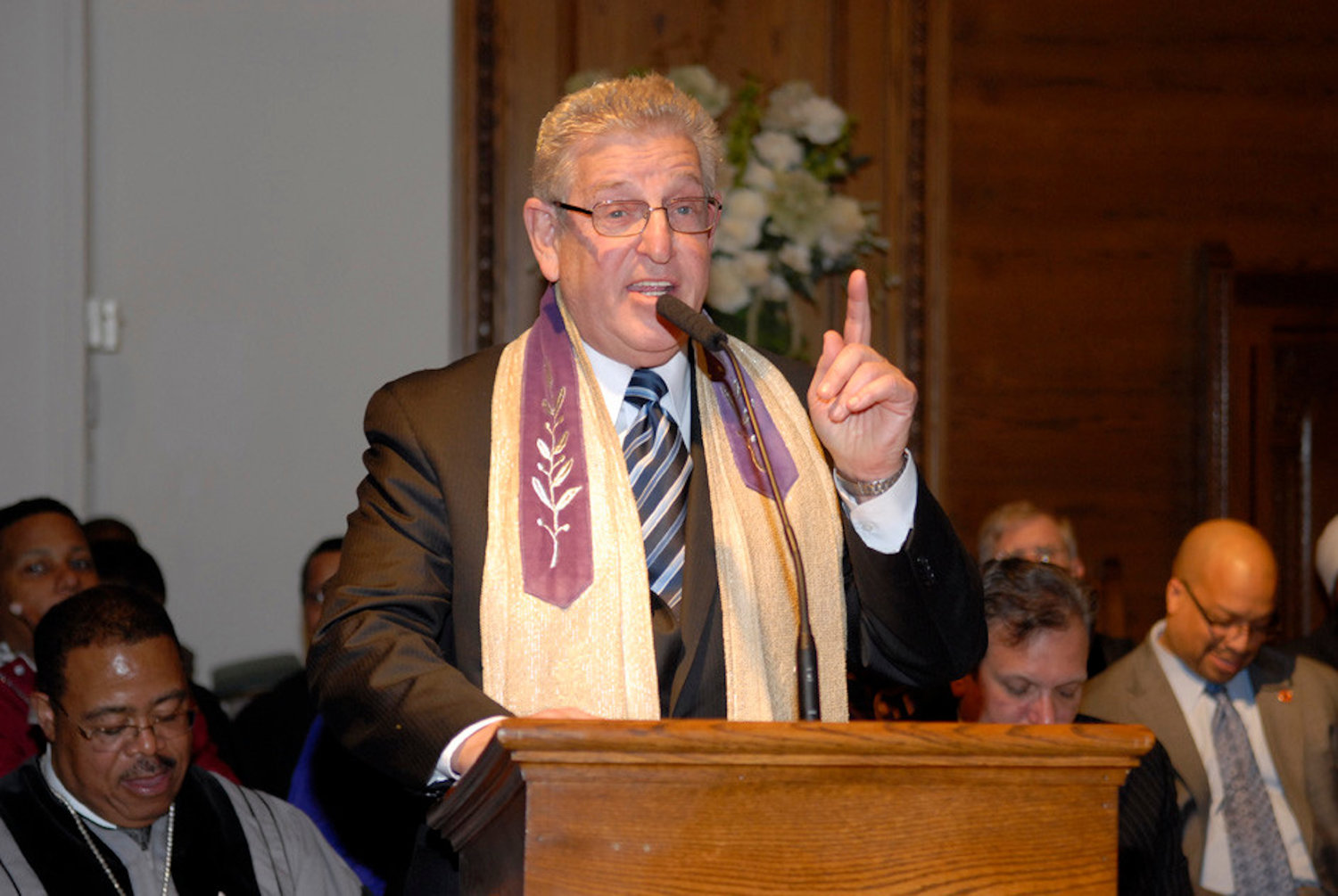 Rabbi Dr. Barry Dov Schwartz recently wrote a book about the adventures he has experienced in his life.
Herald file photo 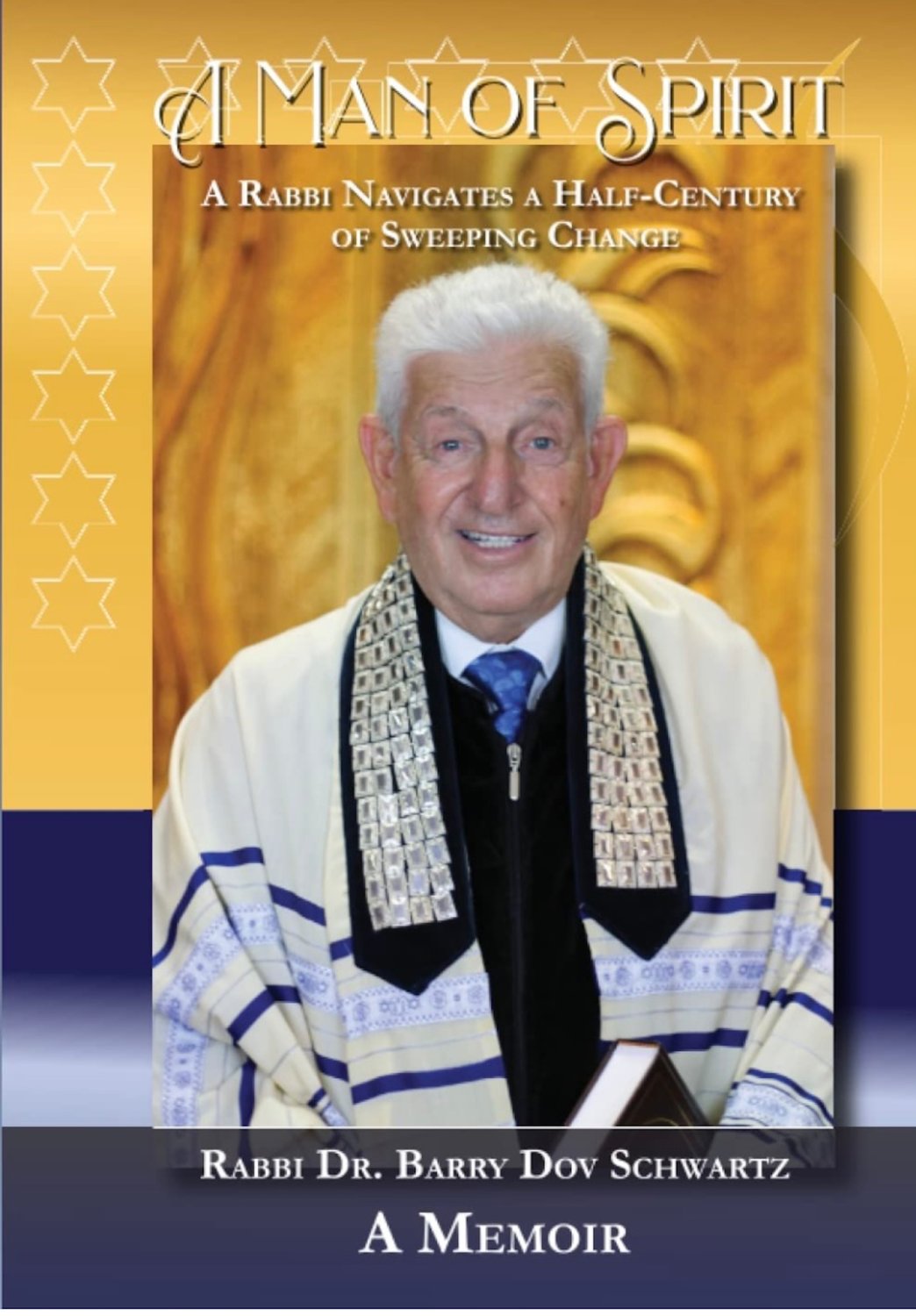 The cover of "A Man of Spirit."
By Mike Smollins

Former Rockville Centre Rabbi Dr. Barry Dov Schwartz worked alongside a Nazi hunter. He marched for Civil Rights in Washington, D.C. He served as a chaplain during the Vietnam War. These stories and many more of his exciting adventures and experiences are chronicled in his new book, “A Man of Spirit: A Rabbi Navigates a Half-Century of Sweeping Change,” which was released on Jan. 25.

“I said to myself, it’s a good time now that I’m retired that I just try to put something together of all the adventurous things that I experienced during my lifetime,” Schwartz said, “especially my years during Vietnam and 37 years in one congregation on Long Island, and that was the motive.”

When he was a student in Boston, he traveled to Washington, D.C. to join the march for civil rights on Aug, 28, 1963, at the urging of his mother, and he said his parents instilled in him the importance of acceptance.

“Both my parents were lovers of all people, all colors,” he said. “My father, in Boston, worked with people of color and I was engrained since my youth to love all peoples and to not be silent when they were facing troubles. It’s something I always wanted to do and be, not a bystander. And that was a major lesson my parents taught me is to be an activist.”

He carried that sense of acceptance and tolerance with him into his professional life, frequently emphasizing the importance of interfaith services. He also served on the boards at Mercy and St. Francis hospitals, is still active in Friends of Mercy Hospital and has a close association with the Catholic community to this day. Schwartz will also mark his 25th year serving as chaplain of the Nassau County Police Department this year, and will be recognized sometime in the spring.

In keeping with tolerance, Schwartz has frequently written about World War II through the years after being emotionally impacted by the Holocaust. He learned that many Nazis were not brought to justice, and so he began working closely with famed Nazi hunter Simon Wiesenthal, who was living in Vienna, in the 1960s. The two worked together for a number of years, and eventually, Schwartz said, he worked with the government and went under cover as a Neo-Nazi, attending their meetings at homes on the Upper West Side of Manhattan, where he would gather intel on them.

“I wanted to do some work in apprehending Nazis and bringing them to justice,” Schwartz said. “Not just out of revenge, but for justice.”

He added that he was unable to eat at the meetings because the spreads were not kosher. He also noted that Wiesenthal asked him to write the foreword for his book, “The Sunflower,” and he happily obliged.

From 1965 to 1967, Schwartz served as the chaplain for the U.S. Air Force, working his way up to chaplain lieutenant colonel, and helped soldiers in need of spiritual guidance.

“My role was to service all faiths and give support to those who are concerned about going to battle and worried for their families,” Schwartz said, “and I was someone they could call anytime, day or night, when they were frightened or anxious about their assignments.”

After he finished his time in Vietnam, Schwartz moved on to a congregation in Perth Amboy, New Jersey, for six years and then joined the Rockville Centre synagogue in 1973, where he remained for nearly four decades until his retirement in 2010. He was succeeded by Rabbi Howard Diamond and then David Lerner, who is the current spiritual leader there.

Schwartz and his wife, Sonia, a retired teacher, built a life in Rockville Centre. They had three children, Javi, Jonathan and Tamar, and they now have five grandchildren, Binyamin, Hannah, Noah and twins Alex and Jesse.

Schwartz said he hoped that his book would provide readers with a solid understanding of the inner- and outer-workings of a rabbi, or any religious leader, and that people would enjoy reading about his experiences. He will host a book launching event at the Rockville Centre synagogue on May 15 and at the synagogue he now attends, Young Israel of North Woodmere, on May 22. Proceeds will be donated to each synagogue.

Reflecting on his time in Rockville Centre, Schwartz said, he quickly grew to enjoy the people he went on to serve for 37 years.

“In my case, the congregation was very kind and patient and permitted me to stay that long,” he said. “It was a wonderful congregation involved in many aspects of Jewish life, and many people came to the synagogue for prayer and study, and I loved serving them.”

“A Man of Spirit” is available now on Amazon.com.