Love Your Neighbor Project gives reason for the holiday season 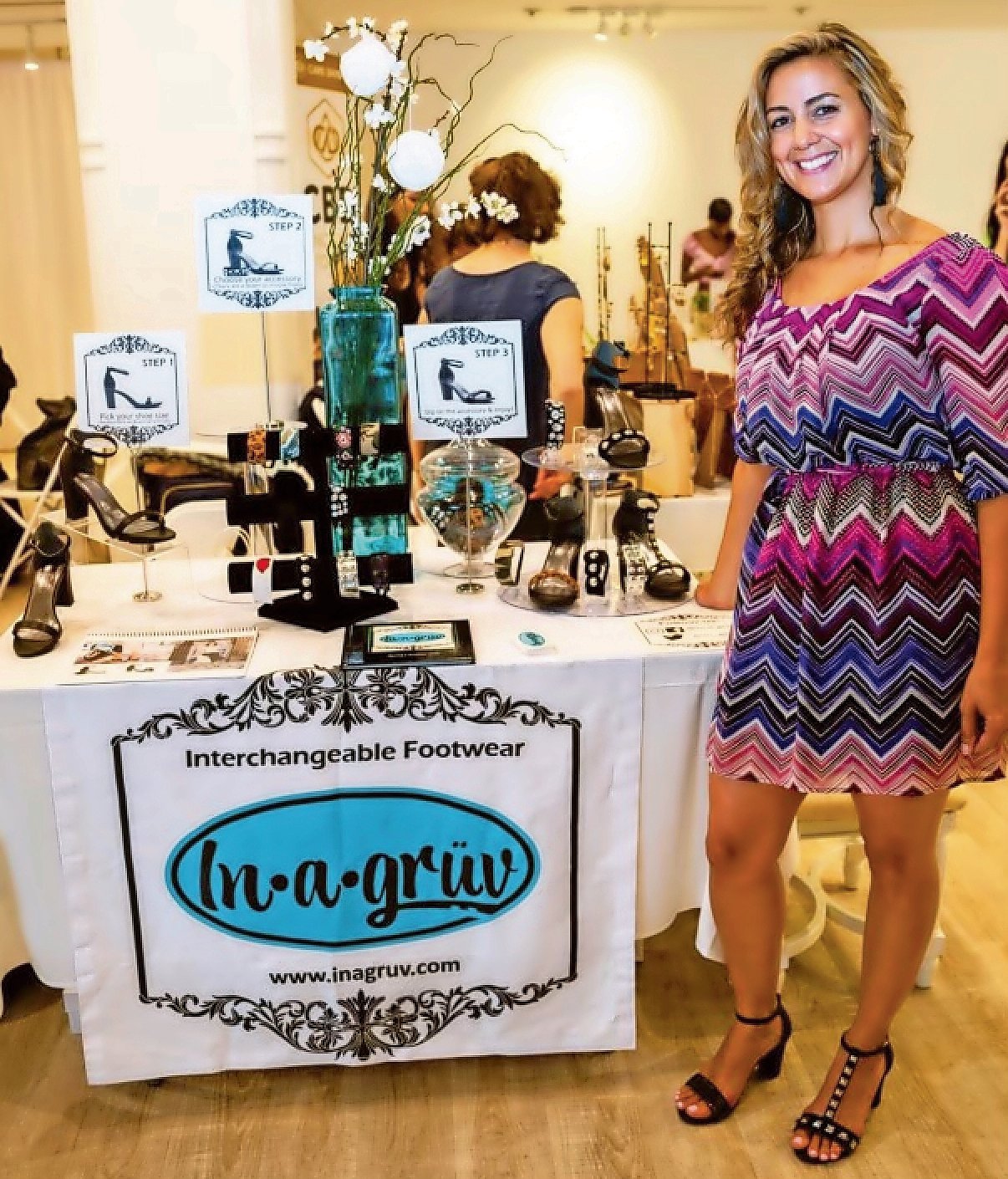 In-A-Gruv owner Ada Duran is offering a pair of black heels and a set of shoe accessories on the wish list.
Courtesy Jaime Teich 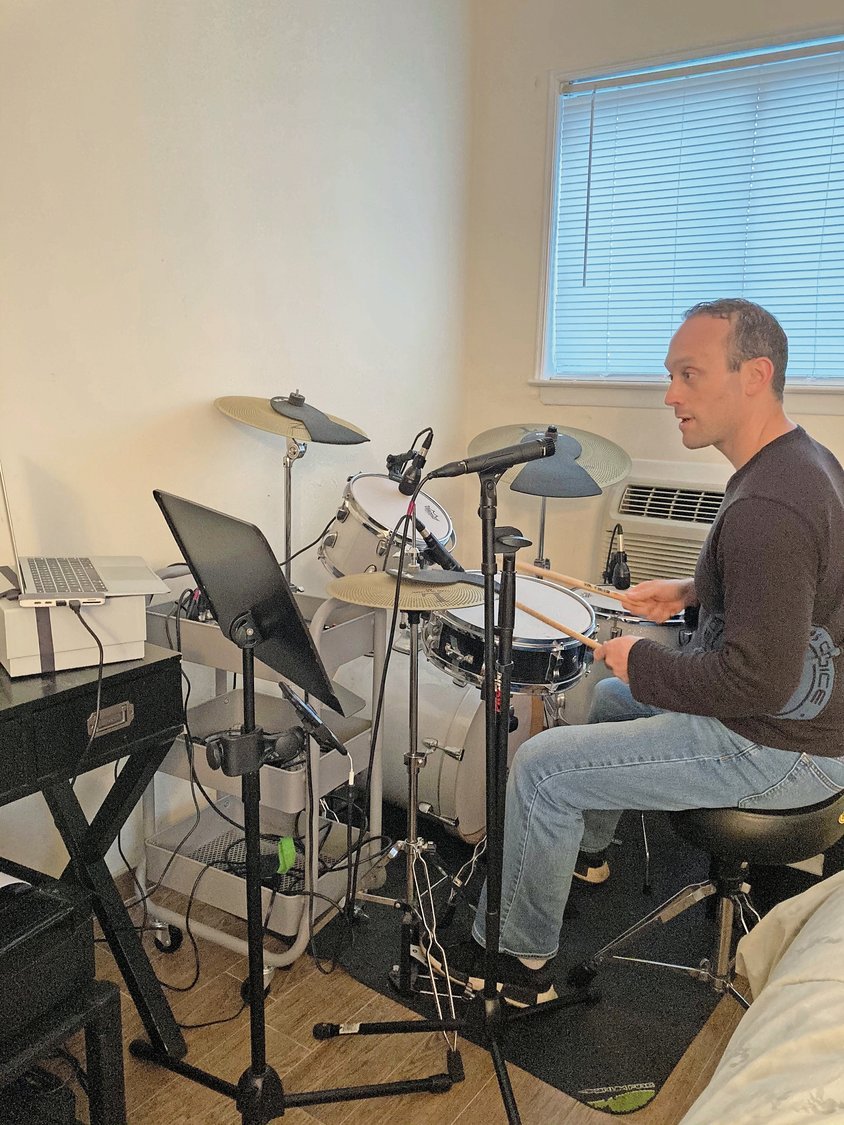 Wish list users can sign up for three 30-minute virtual drum sessions with local musician Logan Michaels.
Courtesy Jaime Teich
Previous Next
Items on LYNP’s Give Some Reason to the Season wish list

The Love Your Neighbor Project’s wish list features products and services from 19 local businesses, including:

For You Too: family event access for two children and two adults

In-A-Gruv: Pair of black heels and one set of shoe accessories

Through her nonprofit, the Love Your Neighbor Project, Sea Cliff resident Jaime Teich has spent the past six months helping those most affected by the coronavirus pandemic, donating masks and hand sanitizer to non-profit organizations and raising money to support struggling local businesses.

With Love Your Neighbor’s newest venture, the Give Some Reason to the Season project, Teich said, she hoped to bring some cheer to financially troubled residents while continuing to help local businesses during the holiday season.

Give Some Reason to the Season, Teich explained, will offer a wish list to residents — most of them seniors — who benefit from services provided by the Sea Cliff Mutual Concerns Committee, which supports seniors and those in need in the village. The wish list consists of free products and services from 19 local businesses, their costs covered by Love Your Neighbor’s fundraising efforts, which have included merchandise sales as well as donations.

Wish list recipients can select one item or service — anything from food and clothing to personal music lessons and business gift certificates. They will send their choices to Mutual Concerns, which in turn will pass them on to Love Your Neighbor. All of the businesses are “connected neighbors,” Teich said, who have worked with Love Your Neighbor in the past.

“The holiday seasons are tough on a good year for some people,” Teich said. “We’re experiencing a holiday season like we’ve never experienced before, and if there’s a way we can make it a little bit lighter and a little bit brighter for our neighbors in need, I wanted to do that for them.”

Mutual Concerns Director Peggie Como said that Teich approached her with the idea for the wish list in early November. Como thought it was a great idea, she said, because it was something new and different that would be a great service not only to the people Mutual Concerns helps, but also to the village’s business community.

“During these times, you have to really think out of the box,” Como said. “She still wants to get the business people involved in it so their names are out there, so that’s important.”

Suzanne Cohen, founder of North Shore Women’s Support, said that she and Teich are close friends, and that she loves what Teich is doing in the community. This, she said, made it an easy decision to become a part of the wish list.

North Shore Women’s Support’s item on the list is one-on-one or group occupational therapy sessions with mothers through the wish list. Cohen works with mothers using activities based on self-care, she said, which is especially important now, given how isolated many people feel during the pandemic. Through Zoom support groups, she said, she wants people to know that they are not alone in their struggles, and that others are there for support.

“It’s good to have that sense of community,” Cohen said. “To know that you’re not the only person going through these issues is really important right now.”

Kathleen DiResta, owner of K. DiResta Collective in Sea Cliff, said she met Teich in August, when Teich approached DiResta and her husband, Dan Roth, a co-owner of Still Partners, in Sea Cliff, about staging a fundraiser for the beloved bar and restaurant, which was struggling in the pandemic.

Teich’s generosity made it easy for DiResta to put her business on the wish list, she said. She is creating brass heart pendants in the shape of Love Your Neighbor’s logo to put on necklaces.

“[She has] a huge sense of generosity,” DiResta said of Teich. “I was in awe of this person that I didn’t even know who reached out to help Still Partners raise money and stay in business … When she came to me, I knew I would do anything to help her help others.”

“It takes people like Jaime and her crew to make businesses like us feel very valued and appreciated by the community, especially in difficult times like this,” DiResta added. “It gives us the energy to keep going, and hopefully get to the other side.”

The spirit of giving, Como said, has been on full display in Sea Cliff during the pandemic. The village is filled with people who understand that there are those who are in need now more than ever, she said, with people calling her and asking how they can donate to Mutual Concerns or volunteer. That, she said, is one of the many things that makes Sea Cliff special.

“You know that they’re thinking of you,” Como said. “They know it’s important to contribute to your community, and I think that’s a wonderful thing.”