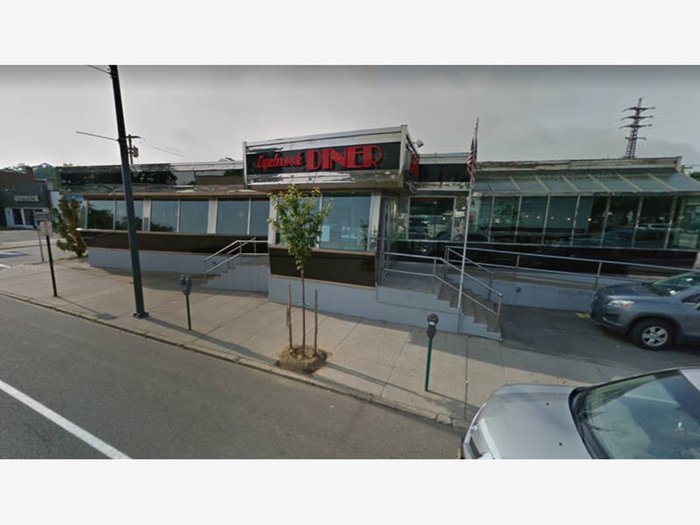 The Lynbrook Diner, at 401 Sunrise Hwy., closed suddenly on March 12 after 90 years in the village.
Courtesy Google Maps
By Mike Smollins

The Lynbrook Diner, an establishment that was a fixture in the village for 90 years, suddenly and unexpectedly closed its doors on March 12.

In a note posted on Facebook, former owner Nick Mavromihalis and his family, who have owned and operated the establishment since 1985, thanked customers for their loyalty and support. He also vaguely described “unforeseen factors” that led to the sudden closing.

“Lynbrook had become our second home, and letting go of the Lynbrook Diner is like losing a family member,” the note read. “Life goes on. Perhaps we will one day meet again.”

The social media post garnered dozens of reactions and comments. Many patrons expressed shock and shared some of their favorite memories of the diner, at 401 Sunrise Hwy., including holidays spent there with family members and friends.

Under the company names 401 Realty Corp. and 401 Sunrise Corp., the diner was sold in February for $750,000 during Chapter 11 bankruptcy proceedings, according to Newsday. The new owner of the property is Vemen Management Corp. of Astoria, Queens.

the Mavromihalis family owned the establishment for 34 years. A fire in January 2014 believed to be caused by electrical issues led to the diner closing for three months as it underwent extensive renovations. When it reopened in April 2014, the restaurant had 1950s-style decor, which included glossy red and white seating and stainless steel tables. The Mavromihalis family also added big-screen TV’s, a private meeting room and revamped the diner’s menu with healthy choices in addition to old favorites.