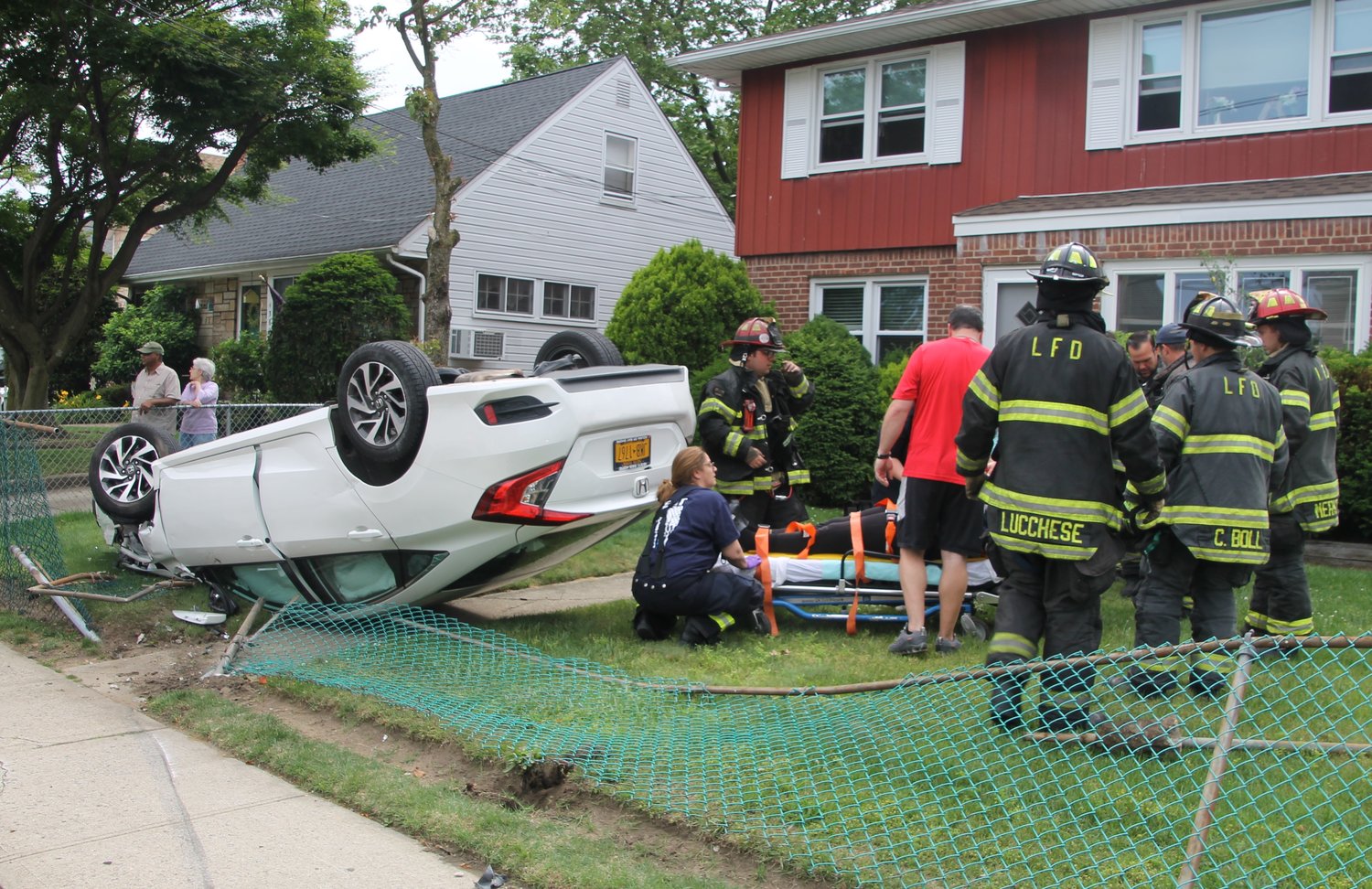 Lynbrook Emergency Medical Company members secured the driver of an overturned vehicle on a stretcher on the front lawn of a house on the corner of Ocean and Merton avenues on June 11.
Steve Grogan/Herald 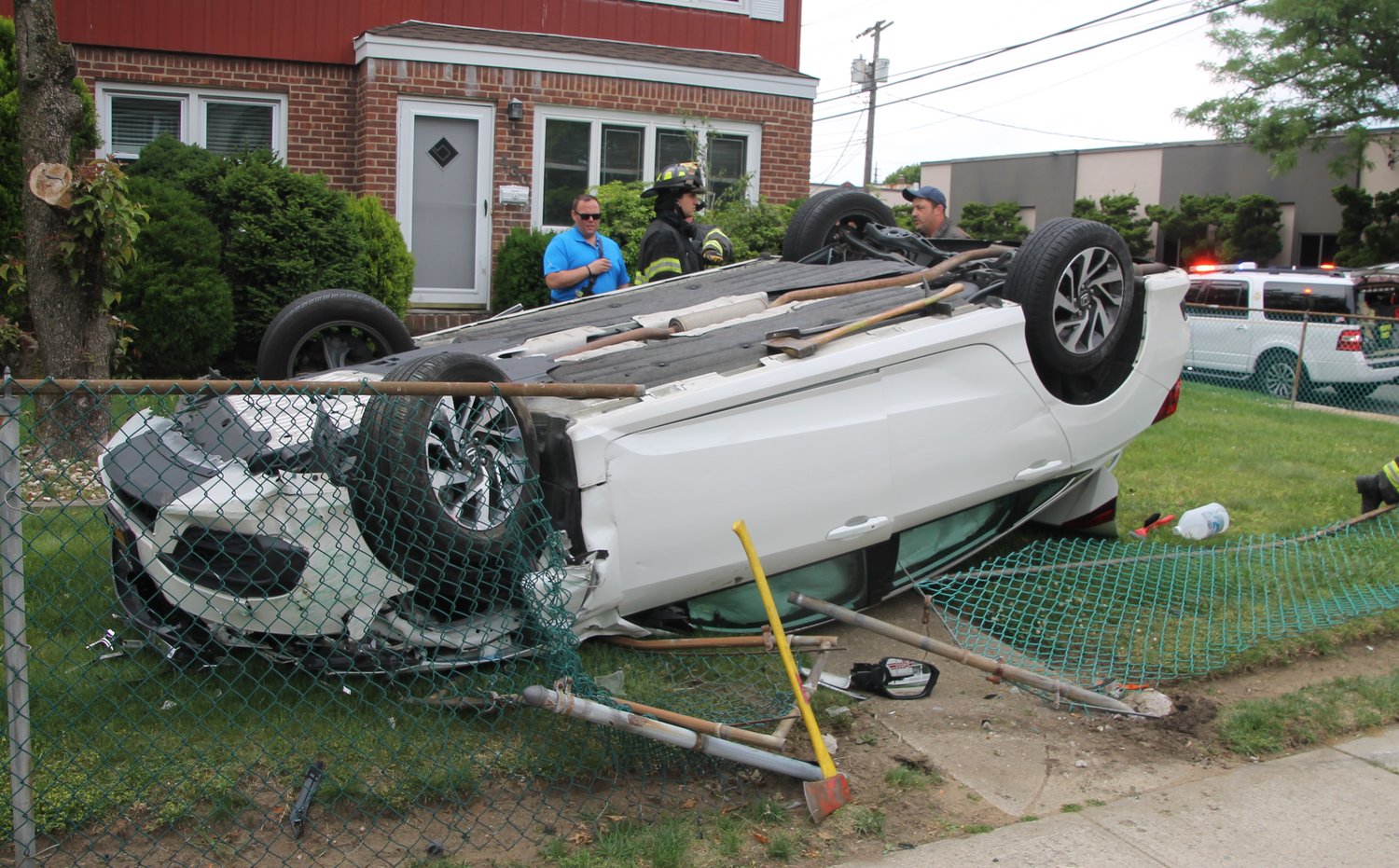 The overturned vehicle took down the front fence of the home.
Steve Grogan/Herald
Previous Next

Lynbrook firefighters responded to the scene of an auto accident and overturn at the corner of Ocean and Merton avenues on June 11 just before 4 p.m.

One of the vehicles involved in the crash overturned and landed on its roof on the front lawn of a residence on Ocean Avenue. The second car in the accident had minor damage.

Firefighters, from the Truck and Tally-Ho companies tended to the driver of the overturned vehicle with the help of members of the department’s Emergency Medical Company under the command of Chief Chris Kelly. The driver was placed on a stretcher and transported to a local hospital by Lynbrook’s Emergency Medical Company ambulance.
Two other injured passengers were taken to a hospital by a Northwell Health ambulance. No one was seriously injured.  A fourth person declined medical help.