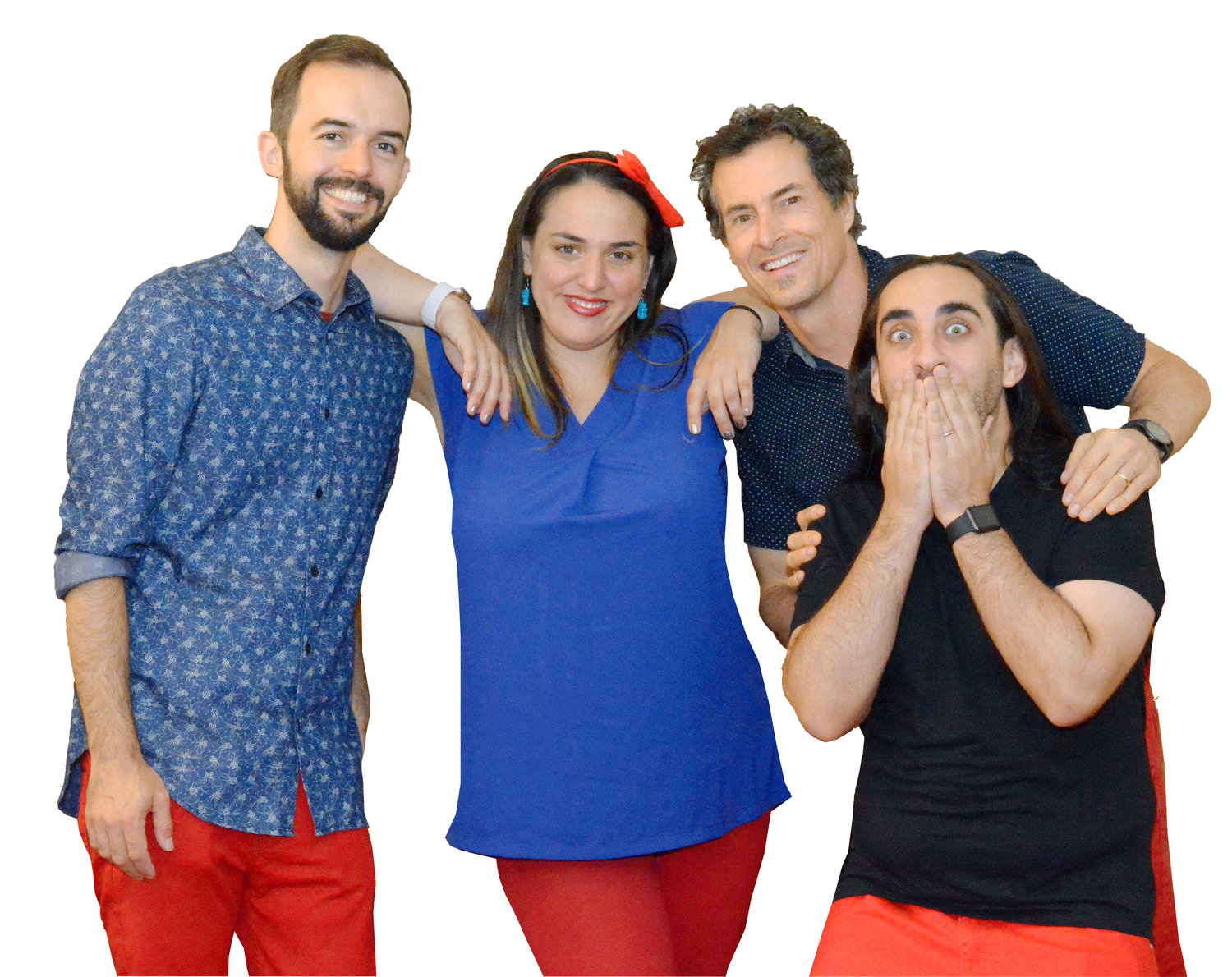 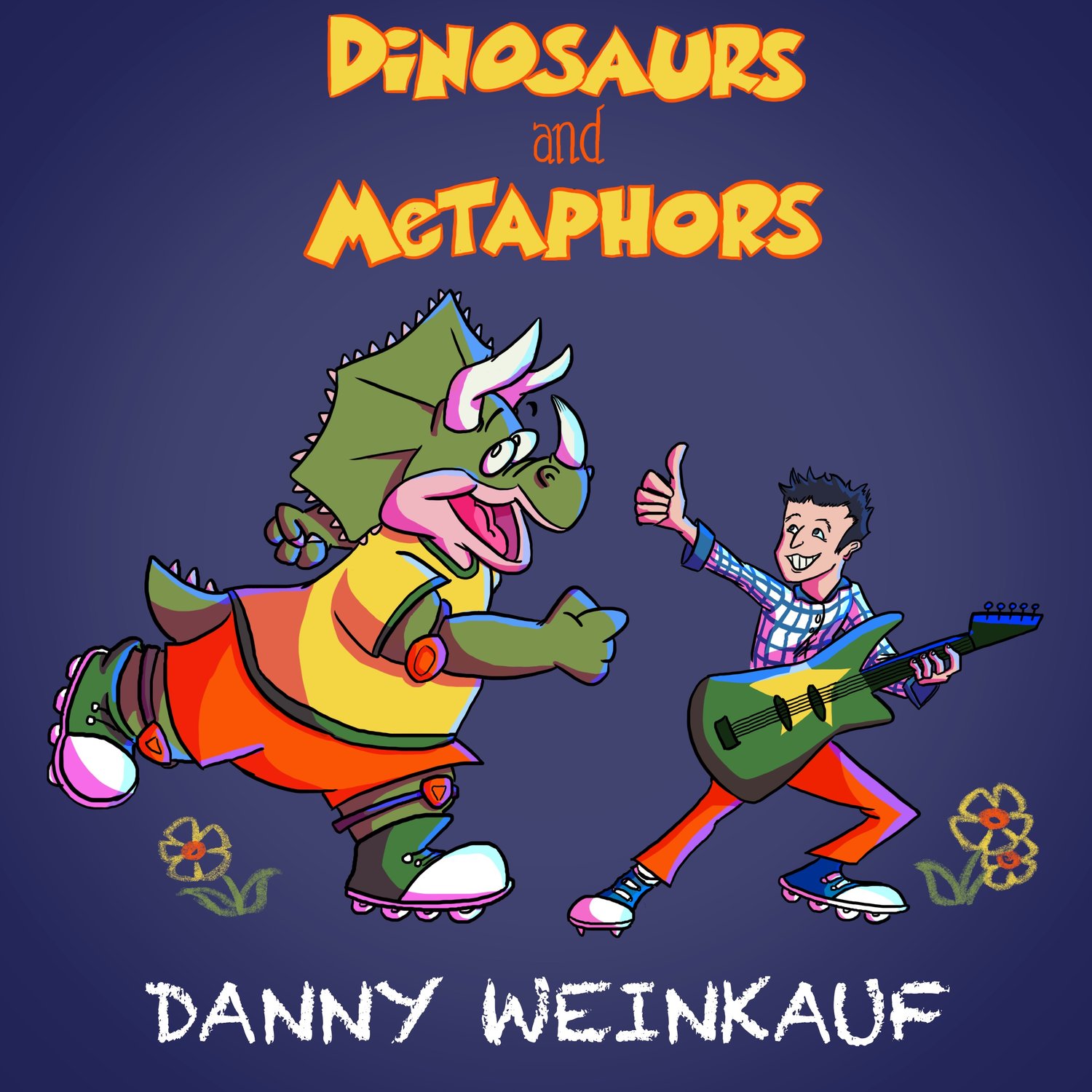 The album art for “Dinosaurs and Metaphors."
Courtesy Daniel Weinkauf
Previous Next
By Mike Smollins

As the coronavirus pandemic continued to reach its peak in April, Lynbrook resident and musician Daniel Weinkauf dropped his fifth solo album just in time to give parents, teachers and children something to listen to.

“Anything that distracts the kids from being locked in the house can be a positive thing,” Weinkauf said. “I know a lot of the parents are struggling with trying to help kids with their school work at home, so I think sometimes a little music or something to cheer them up can be helpful.”

Weinkauf, the bassist for rock band They Might Be Giants, released his fifth solo album, “Dinosaurs and Metaphors,” on April 10 under the Red Pants Band banner, geared toward children and families. It is the follow-up to his previous solo albums, “No School Today,” “Red Pants Band,” “Totally O-some!” and “Inside I Shine.”

Though he wrote, recorded and played most of the instruments for every track, he also had some assistance. Fellow Red Pants Band member Tina Kenny Jones lent her vocals to about half the album and wrote and recorded her own song, “Lovely, Lazy Saturday Morning,” his wife, Michelle, and son, Kai, also provide vocals on the album, and Britta Phillips, who stars in the animated T.V. series “Jem,” sings as well.

In all, the album has 15 tracks, which range in themes and musical styles. Singles include “Perfect Day,” “Superstars,” “Cut the Cheese” and “Your Love is a Metaphor.” Weinkauf said themes on the album include a song about Mondays, one about hiccups, a tune about getting a haircut and other things that would be regularities in the day of a child’s life.

“I try to keep it eclectic,” Weinkauf said. “No style or instrument is off-limits. I try to stylistically and topically keep them changing and moving to keep people’s attention.”

When the band plays live, Kenny Jones and Russ Jones play a variety of instruments along with Weinkauf, and drummer Steve Plesnarky rounds out the foursome.

The Red Pants Band usually follows their albums with tours, including shows at the Long Island Children’s Museum in Garden City, but with the pandemic going on, Weinkauf said, they are unable to perform live. Weinkauf also had to postpone a spring tour with TMBG to the fall and canceled a European tour with the band. To make up for the lack of live performances, the Red Pants Band got together to play live performances from home, and spliced it together for “TuneTopia,” an event sponsored by the Kids Place Live radio station.

The songs on the new album are upbeat, Weinkauf said, and tend to have an element of learning to them. “Love is a Metaphor,” for example, explains the definition of a metaphor in the bridge and there are examples of metaphors in the verses to drive it home to young listeners. Weinkauf said he wished he could play the new songs live, and noted he misses performing for an audience.

“There are so many things I miss about touring,” Weinkauf said. “I really miss playing with my buddies. It’s a weird time, but I’m hoping if parents and teachers and kids are looking for things to do to occupy themselves at home, that this is another source of entertainment that can take their minds off things and put them in a good mood.”

“Dinosaurs and Metaphors” is available wherever music is sold, including outlets like Spotify and iTunes, and can also be purchased on Amazon and at Dannyweinkauf.com.