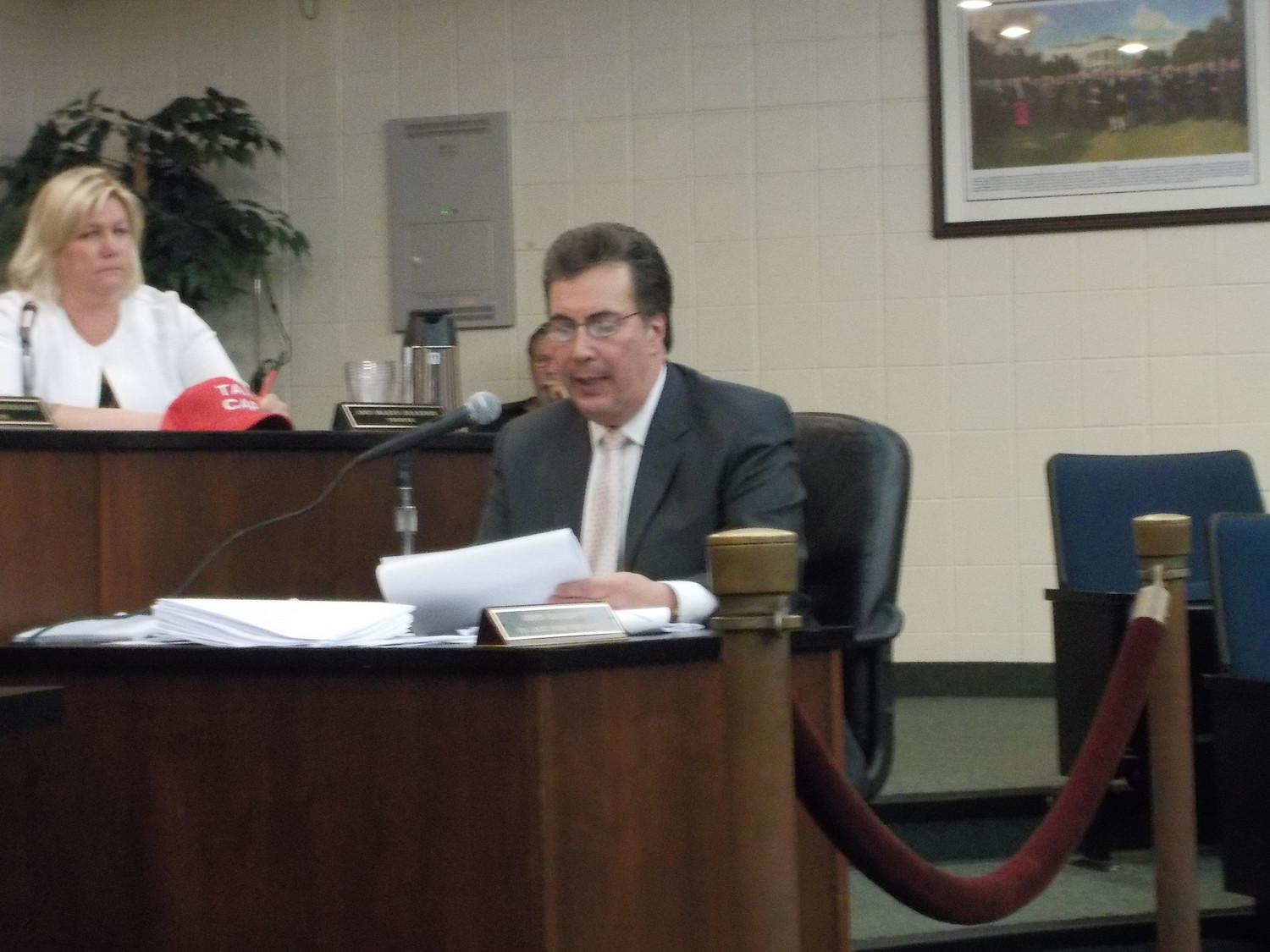 Lynbrook village officials unanimously voted to approve a $42.2 million budget for 2018-19 on April 16 at a public meeting led by Mayor Alan Beach and the board of trustees.

The budget is a $1.5 million increase from 2017-18, and includes a 1.49 percent tax increase for residents. It is the second consecutive year in which the budget did not pierce the New York state tax cap, which is set at 2 percent. It also marks the second straight year that the budget surpassed $40 million.

“Approximately 20 percent of the taxes are paid by commercial property owners,” Village Clerk John Giordano said, “and 16 percent of all properties in the village are tax exempt due to various tax exemptions and property that is owned by public utilities, school districts, religious institutions and municipalities.”

According to Giordano, the primary reasons for the increase to the budget are mandated expenses, such as worker’s compensation insurance and a new state law requiring cancer insurance for volunteer firefighters.

The largest departmental portion of the budget (44 percent) will go toward the Lynbrook Police Department, while 30 percent of it will be used for solid waste collection and highway maintenance. It will also fund the cost of 250 replacement curbside trees, tools and equipment for the Fire Department and the replacement of three LPD vehicles. In addition, $4 million in bond funds will be used to improve many of the village’s residential roads.

The budget will also fund the continuation of the Building Department’s Archival Record Restoration Program, which involves scanning about 6,000 permanent file folders containing the history of all of the properties in the village, Giordano said. “Scanning the records provides an important duplicate copy and also assists in the retrieval process,” he added.

Village officials will also use about $600,000 in grants to pay for several beautification projects. One major project is funding streetscape improvements on the East end of Sunrise Highway — which entails the installation of brick sidewalks and ornamental lighting. The Merrick Road streetscapes project will also be expanded in commercial areas on Earle, Denton and Vincent avenues, between Merrick Road and Sunrise Highway. In addition, shade canopies will be installed near the playground at Greis Park.

Grant funds will also be used to complete beautification upgrades to the Lynbrook Long Island Railroad station and the block surrounding the vacant former Mangrove Feather factory building on Broadway, which Giordano said would enhance the area’s potential for redevelopment.