Lynbrook on verge of tennis crown 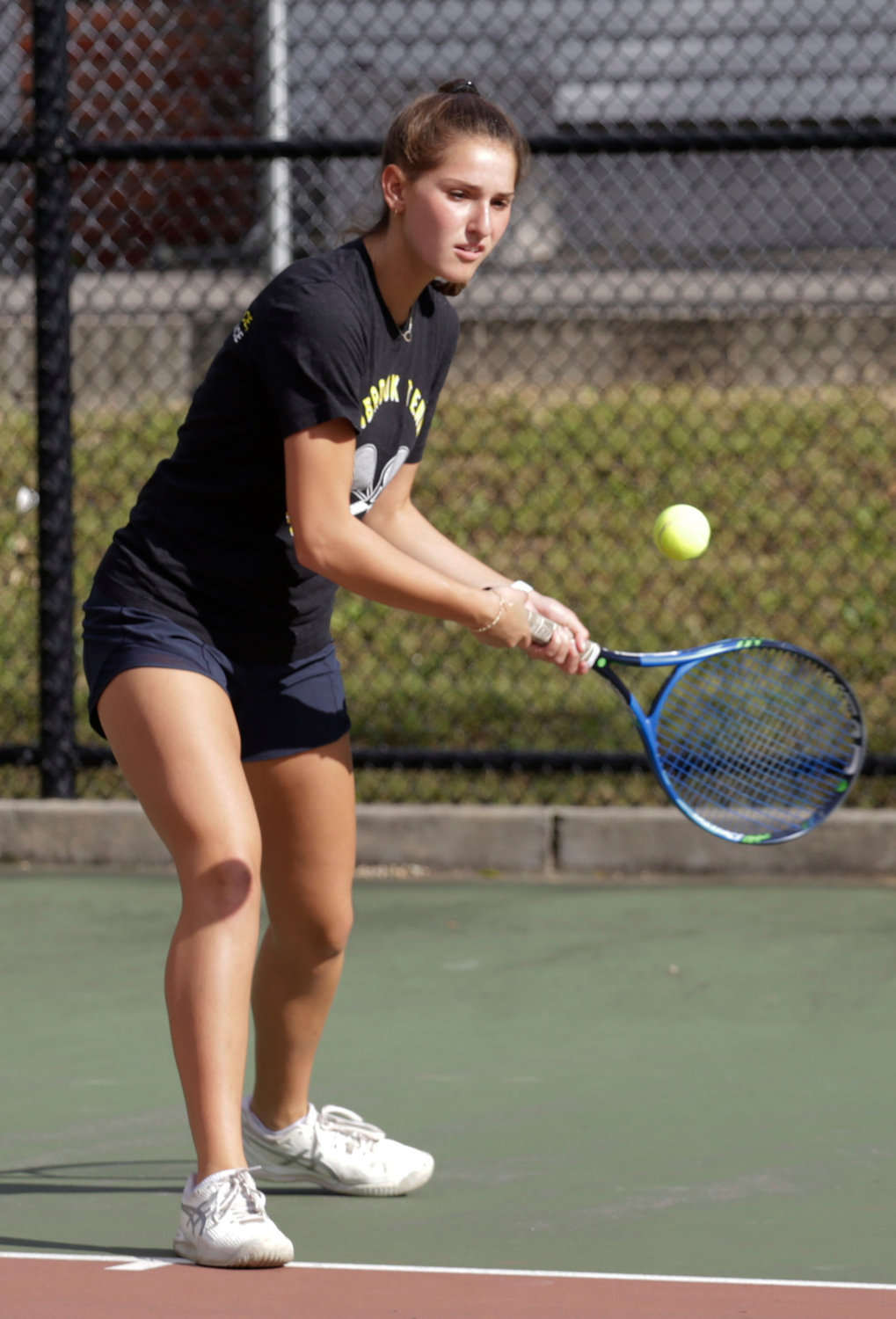 Senior Grace Bodian, who plays No. 1 singles, has helped Lynbrook to the top of its conference as the season enters the home stretch.
Sue Grieco/Herald
By Brian Kacharaba

Winning a conference has been nothing new for the Lynbrook girls’ tennis team in recent seasons, but this year’s roster is shaping up to be one of the best ones in school history.
The Owls were 12-0 with three matchers remaining and on the verge of another Conference II title as the regular season winds down. The team shared the title with Oceanside in 2019 after claiming its own crowns in 2016 and 2018.
“We’ve always had deep teams, but not as dominant as this year,” said co-head coach Brian Bowes. “It’s the best we’ve seen in quite a while as far as the overall team.”
The singles members have been more competitive this fall, according to Bowes, but the doubles teams dominated on the court with the top four pairings combining for a 38-5 record. The bottom three teams won 10 matches each while dropping just one.
Junior Ava Schwam and Kelsey Roth, the lone freshman on the team, were put together as the second doubles team and the move paid dividends. Bowes knew Schwam would take Roth under her wing and that camaraderie carried onto the court.


“Kelsey is a freshman and she’s coming into a starting position at second doubles, which is not an easy thing to do,” Bowes said. “But Ava is such a nurturing and kind individual where we knew she would be good for her to be partnered up with. Ava’s a good tennis player as well and they complement each other very well.”
The first doubles team of senior Jordan Glickman and sophomore newcomer Jesse Bodian were 8-2, but were just as impressive as twin seniors Sophie and Emma Ward in the third spot.
Lauren Berkowitz and senior rookie Mia Tetelman are the fourth doubles by name only as Bowes said they could fare just as well against any other’s school second team.
“They are probably the best fourth team in the conference,” he said.
Top singles competitor Grace Bodian, a senior and older sister of Jesse, gutted out five wins while drawing the best players in the county, some of which are nationally ranked. On Sept. 27, she dropped the first set against her South Side opponent before rallying to win the final two 6-0 and 6-4.
“She is just a phenomenal tennis player,” Bowes said. “She’s been playing some of the best girls on Long Island and really competes with them every match.”
Senior Alex Travis went 9-2 this fall and usually wins her sets 6-1 or 6-2. She also faces some of the best players on Long Island and her “non-chalant” style of play allowed her to make quick work of her opponents, Bowes said.
Gutty senior Olivia Ackerman won six times in the third singles slot, and her stamina and ability to keep points going was on full display with many of her matches feeling like marathons, according to Bowes. In some instances, he said, her rallies would last between 50-60 hits in a row.