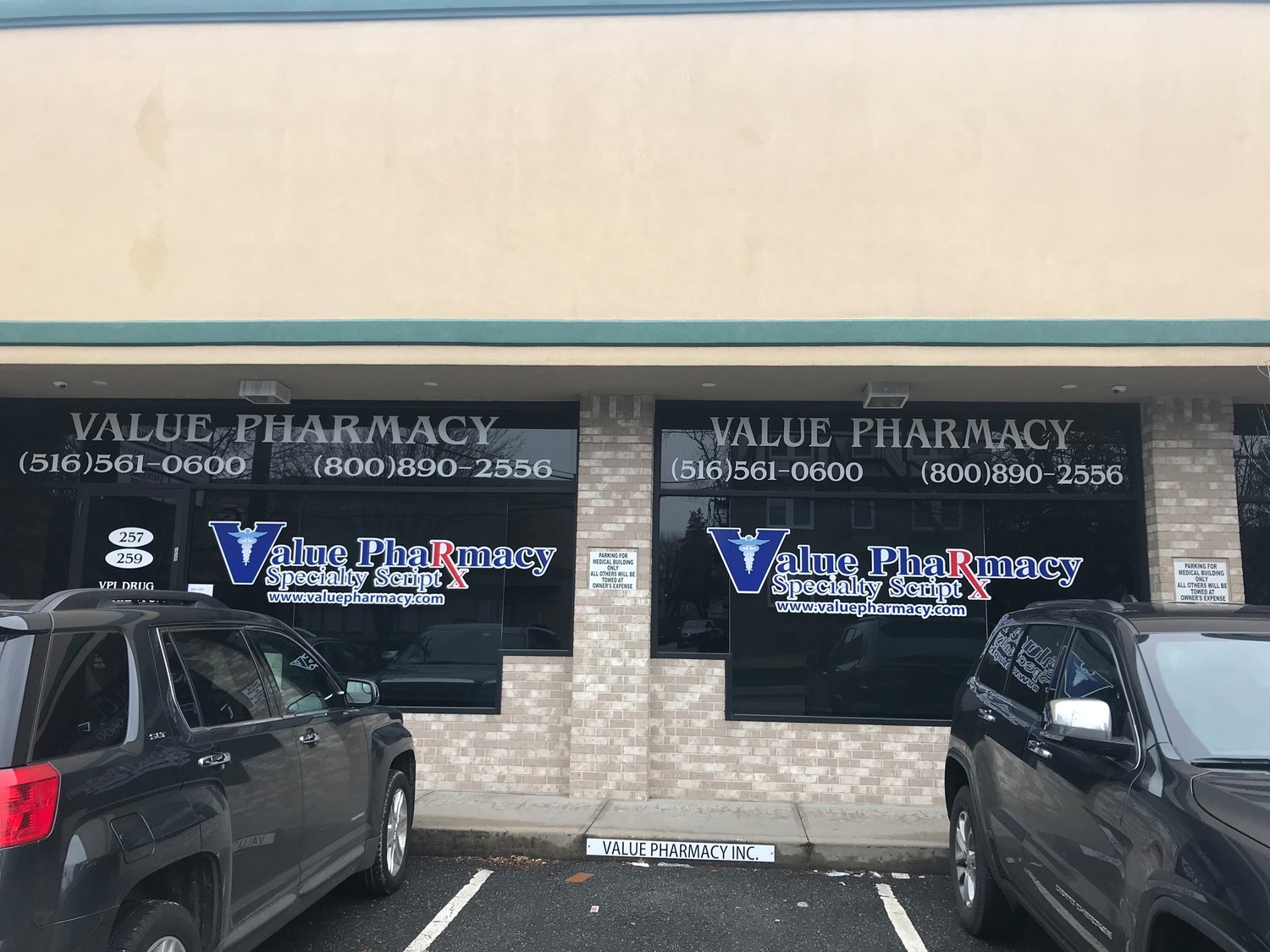 The co-owner of Value Pharmacy in Lynbrook pleaded guilty to defrauding Medicaid out of $1.5 million.
Mike Smollins/Herald
By Mike Smollins

A Lynbrook pharmacy owner entered felony guilty pleas in Queens County Supreme Court on Friday, admitting to defrauding the state’s Medicaid program out of $1.5 million and participating in a kickback scheme with a former employee of Nassau University Medical Center.

Arkady Goldin, 40, of Brooklyn, owns Value Pharmacy Inc., which recently moved from Corona, Queens to 257 Broadway, in Lynbrook. He will be sentenced to six months incarceration and five years’ probation, and he and his partners will have to pay $1.5 million in restitution for money stolen from Medicaid. The defendants will also pay an additional $1.5 million in financial penalties, including a $10,000 fine that must be paid by the corporation. In addition, Goldin is required perform 200 hours of community service.

“We have zero tolerance for those who defraud the state’s Medicaid program,” Attorney General Barbara Underwood said in a release. “We will continue to aggressively pursue all individuals who steal from Medicaid to enrich themselves at the expense of those who need the program for their fundamental health care.”

Goldin was arrested on Feb. 15 for a scam dating back to 2012, in which he claimed his business dispensed expensive cancer medications to patients that it did not even have in stock. Goldin put the funds into shell companies to pay for travel, expensive cars, memberships to a country club and real estate endeavors. Court papers allege that he and his partners pooled more than $2.3 million to invest in a newly constructed condominium building in Brooklyn, which has units listed for as much as $1.75 million.

In papers filed in court, the state alleged that Goldin had a kickback arrangement with a former NUMC employee, who pleaded guiltily to unlawfully accepting the funds. In exchange for steering positive cancer prescriptions from NUMC to Value Pharmacy, Goldin paid the employee a monthly cash referral fee and provided him with other items of value, which included tickets to sporting events, an iPad and meals. State law prohibits medical providers from paying or offering to pay kickbacks to another person in return for the referral of medical services paid for by Medicaid.

The investigation also determined that as part of the scheme, the pharmacy did not purchase sufficient amounts of medication from licensed New York drug wholesalers that would have been necessary if Value Pharmacy had legitimately dispensed the prescriptions for which it billed Medicaid.

“Arkady Goldin billed Medicaid millions for cancer medications he never dispensed,” State Comptroller Thomas DiNapoli said. “Thanks to our partnership with the Attorney General’s office, Goldin has been convicted, his corrupt pharmacy closed, and he and his partners will pay the state back for the $3 million total in stolen Medicaid funds.”
Report an inappropriate comment

RVC is rockin’ around the village green