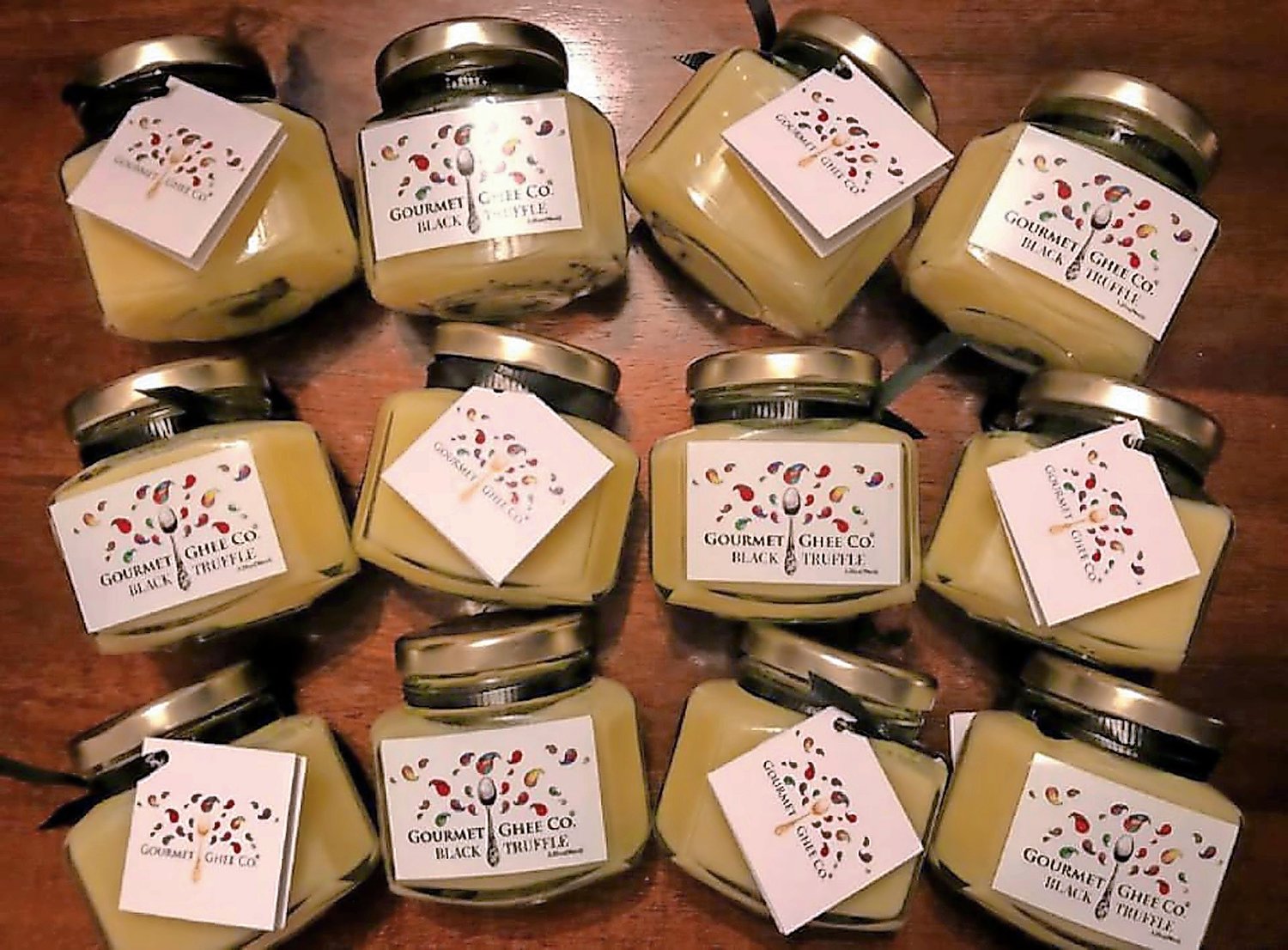 Everyone at the Oscars received a jar of black truffle ghee butter, made by Lynbrook resident Nazia Aibani.
Courtesy Nazia Aibani
By Melissa Koenig

Rami Malek and Olivia Colman did not just receive Oscars on Feb. 24 — they and everyone else who went to the after party at the 91st annual awards show also brought home Nazia Aibani’s homemade ghee butter.

“It’s overwhelming,” said Aibani, a Lynbrook resident, “but I’m very grateful that we’re a part of this.”

She and her husband, Steven DeFrank, conjured the idea to produce the clarified butter about five years ago, after the birth of their son, Deen. At the time, Aibani —who grew up eating ghee as an Indian-American immigrant — was unable to produce breast milk. Her mother then started feeding her spoonfuls of ghee, and, Aibani said, “the milk started flowing out.”

DeFrank then saved up some money from his carpentry job, and they were able to start selling their dairy- and fat-free butter out of a Lynbrook commercial kitchen last year. Since then, the Gourmet Ghee Company has garnered the attention of Beyoncé’s manager Alan Floyd, “Survivor” host Josh Probst and Paris Hilton’s mother, Kathy Hilton.

“We’re definitely getting big in the celebrity world,” Aibani said.

In the fall, California-based Wow Creations, which makes the gift bags for awards shows, started following Gourmet Ghee Company’s Instagram page and a sales director asked Aibani if she would like to have her product featured in the Oscars’ after-party gift bags. According to Mark Harris, the director of marketing for Wow Creations, the company’s sales directors look for “different, out of the norm” brands to include in the gift bags.

“They wanted something that was very special,” Aibani said, adding that Gourmet Ghee now has a subsidiary company, Clarified Creations, which makes custom butter for events. For the Oscars, she said, she decided she would include the company’s most popular seller, the black truffle butter, which she said she thought would be appropriate for the black-tie event.

“I thought it would be really cool to do something like that,” she said.

Aibani added that she has already been asked to include her ghee butter in the Emmy’s gift bags in September. “I’m living the American Dream,” Aibani said.

Gourmet Ghee Company’s products are sold on Amazon and at Whole Foods. For more information about the company, visit its website at www.gourmetghee.com.