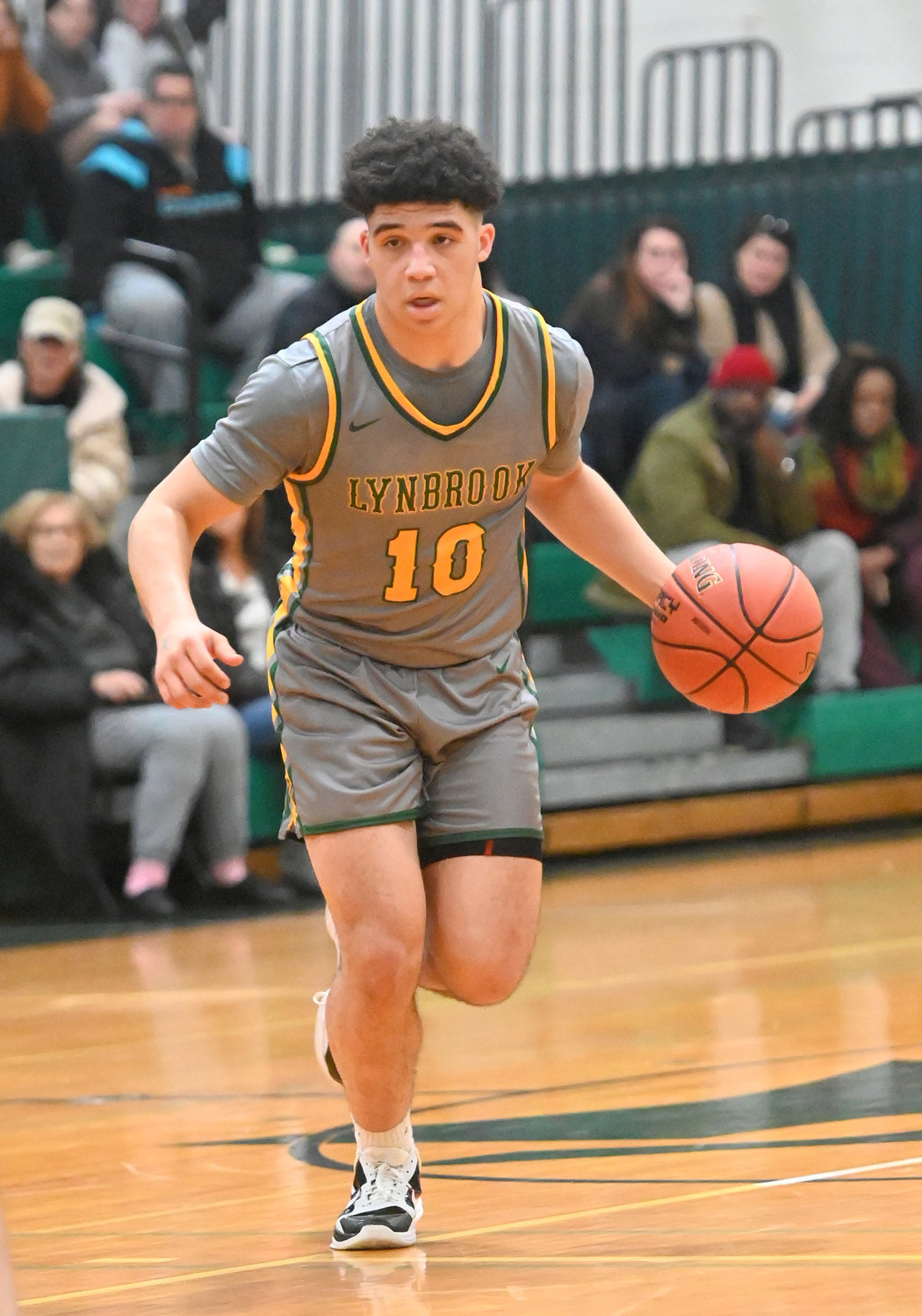 In this case the calculus was simple.

Coming off a season-high 24 points in the Owls’ comeback win over Floral Park, the six-foot Sherman-Murphy obliged with a duplicate performance, scoring 17 points in the second half to finish with a game-high 24 as Lynbrook scrapped to its fifth straight win, 63-58, against Nassau Conference A4 rival Plainedge Jan. 13.

"I’m a proponent of self-scouting, and against Plainedge I thought Eli was deferring too much,” said Adams, whose club, at 4-3 in A4, 10-5 overall, has climbed to within a game of second-place Floral Park. “I felt they couldn’t stop Eli if he attacked, so I told him to be our closer. It’s just what was needed that particular day. We’re always shifting on the fly.”

A shape-shifter among league contenders, reigning conference co-champion Lynbrook has done well turning uncertainty into an asset. Prompted by unsettled positions to use a revolving cast around Sherman-Murphy, Lynbrook has called on its depth to counter foes with bespoke lineups, one of many adaptations this season transitioning from an offense led last winter by All-County 6-5 center Haris Cekic, now graduated.

“If you’re not fixing yourself, you’re not giving yourself your best opportunity to win,” Adams said. “It’s a lot to ask of kids, but our ability to adjust, and our guys’ being mature about it, is one of our greatest strengths.”

All-Conference shooting guard Sean O’Donovan, a third-year starter, was asked to head a unit coming off the bench, Russell Westbrook-style, midway through the season. The move soon proved fruitful, as the 5-11 senior’s season-high 11 points helped the Owls take a fourth-quarter lead and beat Floral Park 51-45 Jan. 10.

“To Sean’s credit, he handled it really well,” Adams said. “He took the bull by the horns and has been great off the bench, giving us a nice push and contributing to big wins.”

Max Cordes has earned increasingly frequent starts for the Owls, leading the team with 20 3-pointers and averaging 9.8 points to rank second on Lynbrook, ahead of fellow senior forward Will Krapf (6.8 points per game), whose game-high 20 points helped lift Lynbrook to a 64-31 nonleague win against visiting Conference A1 leader Great Neck South Dec. 22.

An unforeseen roadblock for Lynbrook has been the breakout of first-place Wantagh (7-1 A4), which edged the Owls 47-46 in the conference opener Dec. 13. In the rematch Jan. 18, Lynbrook held Wantagh to its second-lowest offensive output this season, but fell to the Warriors 39-22. A third installment of the rivalry can only come in the playoffs, a fact borne in mind by Lynbrook as it heads into the stretch looking more and more comfortable in its own skin.

“The story’s been our lineup changes,” Adams said. “But lately we’ve been more consistent. We take it game by game, though.”

Added Adams: “We’re built to handle turbulence. If nothing else, this team is resilient.”