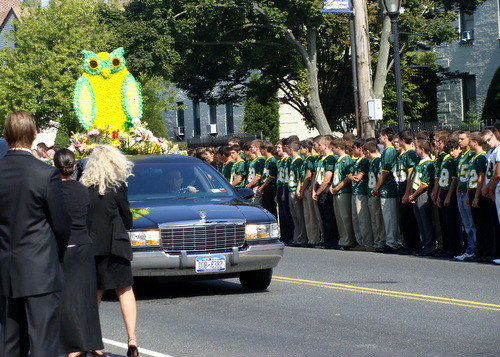 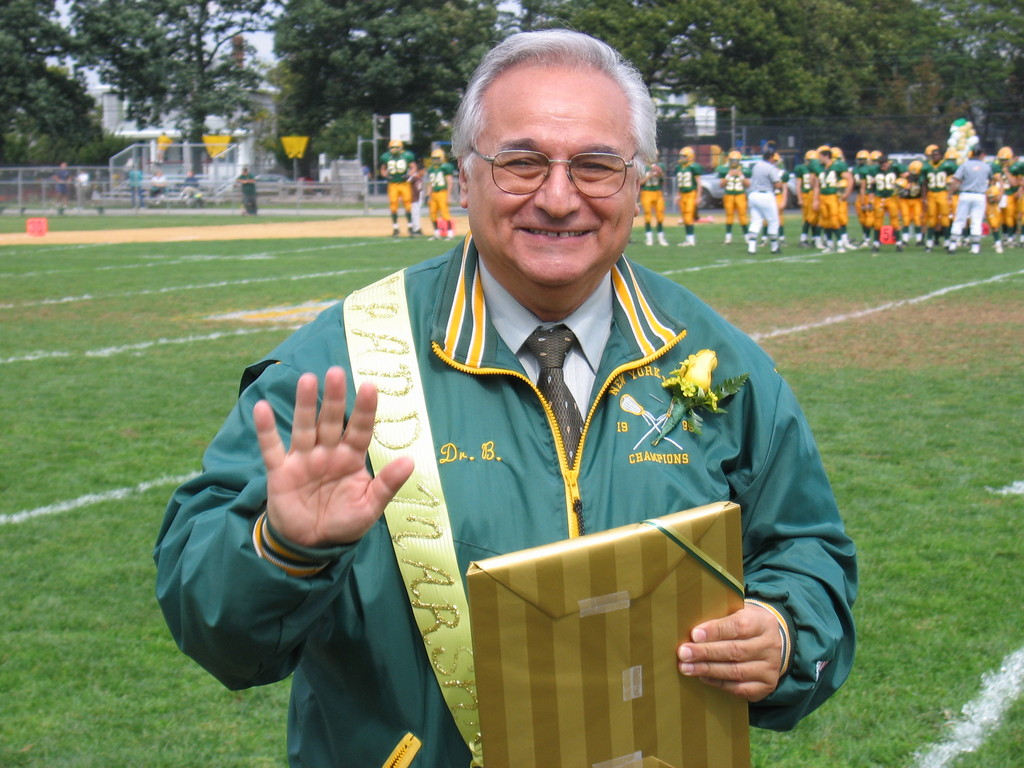 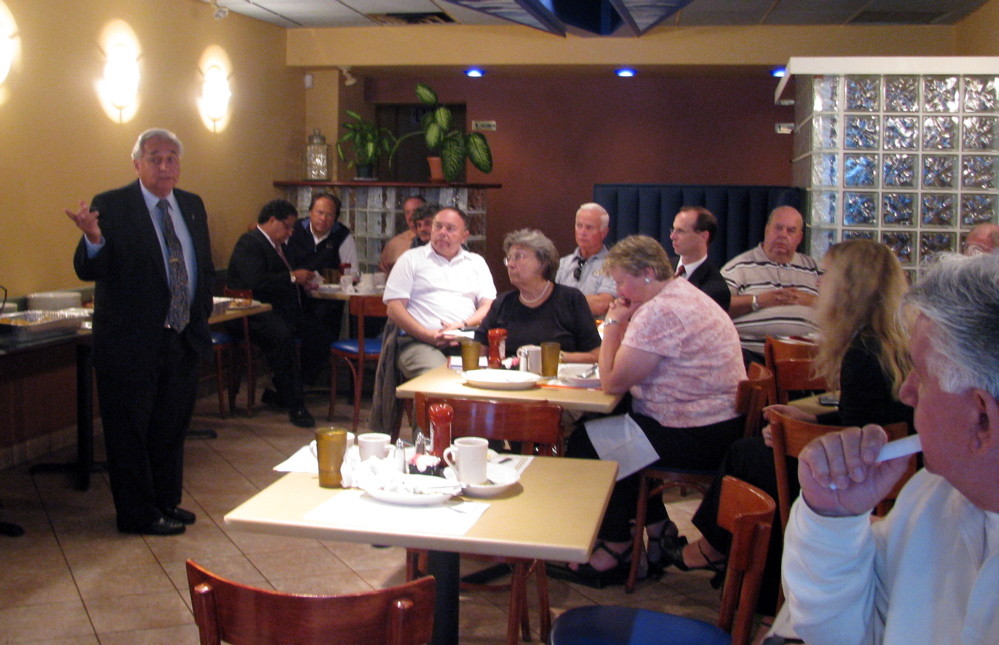 Barbarino had a good relationship with the Lynbrook Chamber of Commerce. He is here addressing members at a Chamber breakfast.
Mary Malloy/Herald 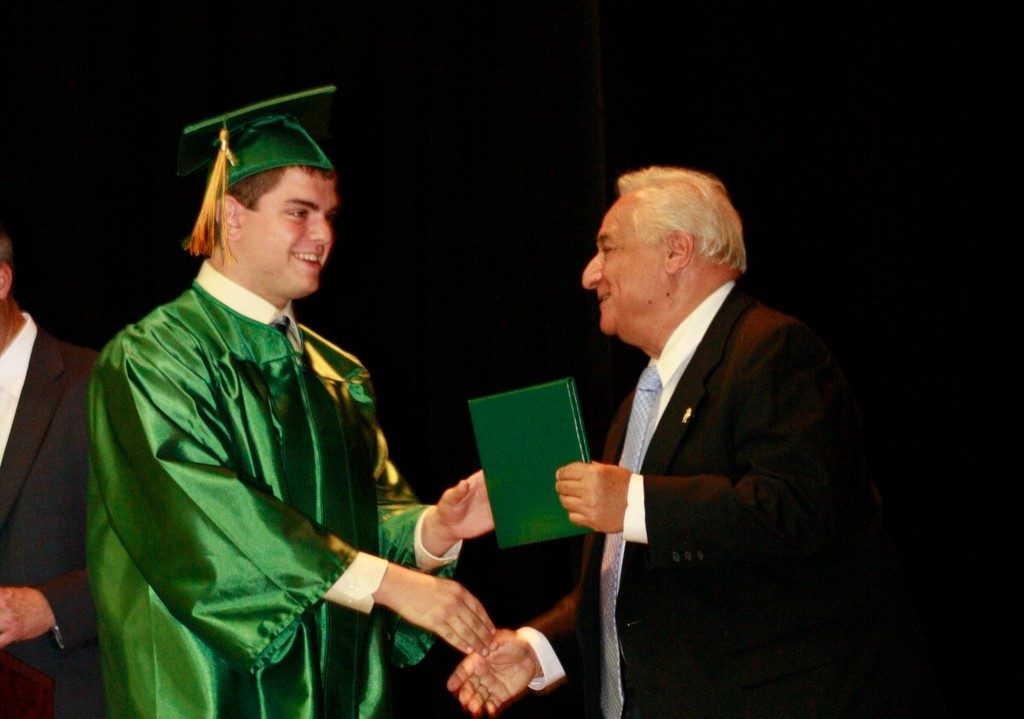 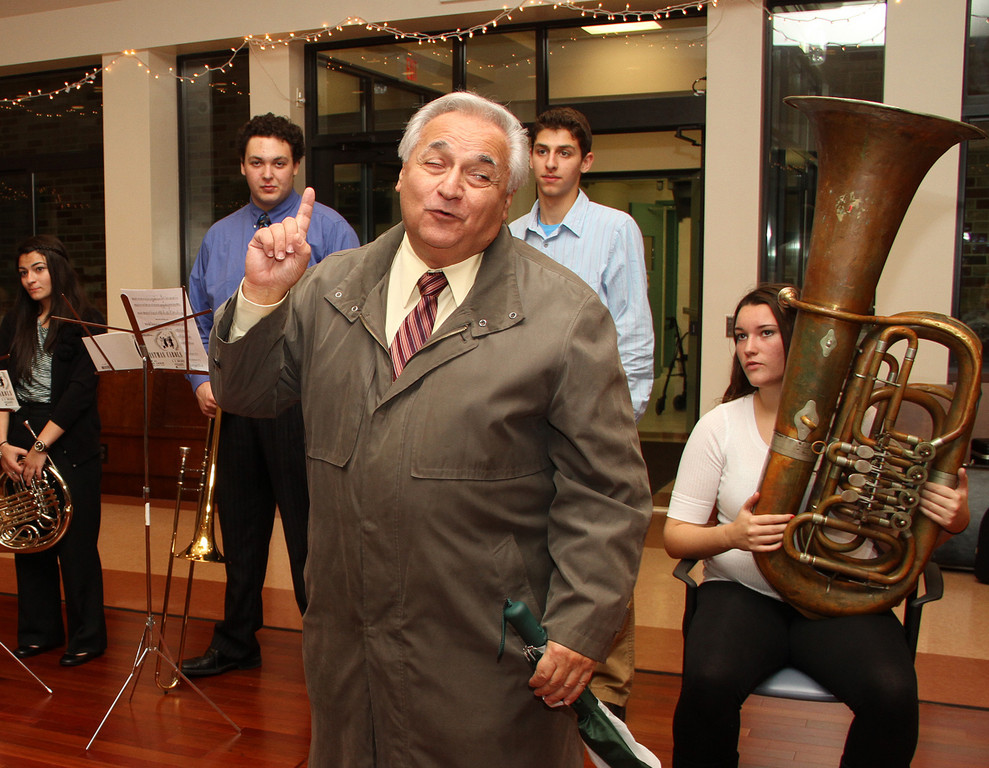 Dr. Barbarino was a big supporter of music in the schools, being a former musician himself.
Herald file photo 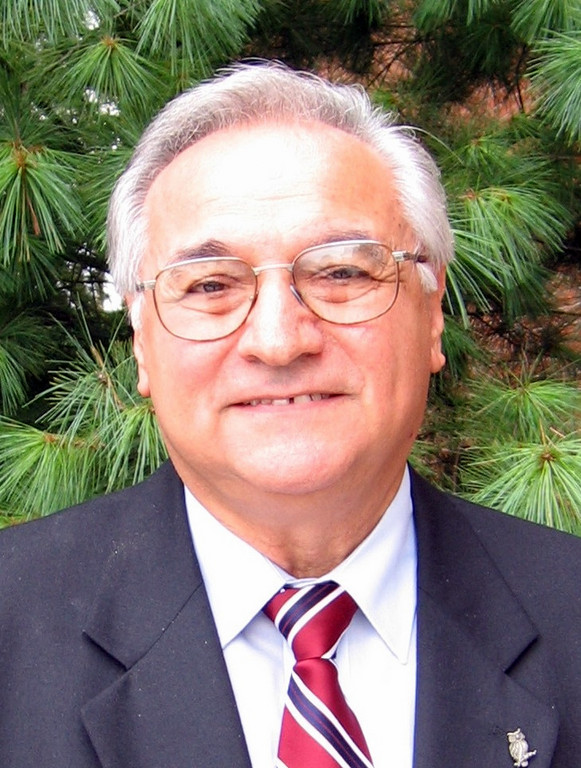 The Lynbrook community is mourning  the sudden death of the school district’s beloved superintendent, Dr. Santo Barbarino, on Monday morning. Barbarino was 67.
According to Lynbrook Fire Department spokesman Steve Grogan, Barbarino was in distress at a meeting at the school’s offices at around 10 a.m., and went to see a doctor on Merrick Road in Lynbrook. The doctor called the Fire Department emergency team, requesting assistance, and EMTs performed CPR on Barbarino and transported him to South Nassau Communities Hospital in Oceanside, where he was pronounced dead.
Just hours after learning of his death, Dr. Melissa Burak, the school district’s assistant superintendent of business, released a statement on behalf of the seven school board trustees. “Dr. B has been a champion of the Lynbrook School District for most of his professional career,” it read. “His leadership and presence at all school events will be sorely missed. Our thoughts and prayers are with his family and friends during this very difficult time.”
Barbarino served the Lynbrook school district for 32 years. He joined the district in 1980 as a high school chemistry teacher, and later served as administrative assistant for Instruction and Director of Athletics. He was also the principal of Lynbrook High School from 1986-2006. He was the assistant superintendent for Curriculum, Instruction and Assessment when he replaced the retiring Dr. Philip Cicero as superintendent in 2008. “It’s an honor to be appointed to this position,” he said at the time. “I’m happy to be working with a forward-thinking Board of Education …”
Barbarino was born in Brooklyn. After graduating from St. Francis College in 1967, he became involved in the national Alpha Phi Delta Association, serving as its district governor for the New York City area. He was also the editor of its magazine, Kleos, from 1968 to 1978. He was elected the fraternity’s national president in 1978, and was a director on the Alpha Phi Delta Foundation. Barbarino was also the sole remaining active trustee  of the fraternity’s original scholarship commitee, which was formed in 1974.
He earned a doctorate from New York University in 1987. In 2008 — the year he became superintendent — he was named New York State’s Outstanding Educator by the School Administrators Association of New York. Barbarino was also a longtime member of the association’s Government Relations Committee and the Commissioner of Education’s Blue Ribbon Panel on School Leadership. He has been a state Principal of the Year, the village's Man of the Year, the Lynbrook Chamber of Commerce Educator of the Year, and was named the Knights of Columbus's Humanitarian of the Year. He was also awarded the NYS PTA Life Membership award and the Rotary Club award for Service Beyond Self.
“Dr. Barbarino’s passing will leave a tremendous hole in the heart of the entire village,” said Lynbrook Mayor Bill Hendrick. “Our deepest condolences go to his family. His life was a blessing, and he will be missed.”
“Dr. Barbarino was a dear friend and colleague for many years,” said East Rockaway Schools Superintendent Roseanne Melucci. “He was kind, thoughtful and generous and he will be missed. He was loved by so many.”
Dr. Edward Fale, superintendent of the neighboring Valley Stream District 24, has known Barbarino for more than 20 years, since they were both high school principals. Fale said he was shocked to learn of Barbarino’s death.
“He was just a truly wonderful man, always put others first,” Fale said. “I had the utmost respect for the man. It’s a great loss for education.”
“School goes beyond academics,” Barbarino said when he was appointed superintendent. “This [character education program] focuses on how people treat each other, which is so important.”