Lynbrook to say ‘Prost!’ to Oktoberfest this Saturday 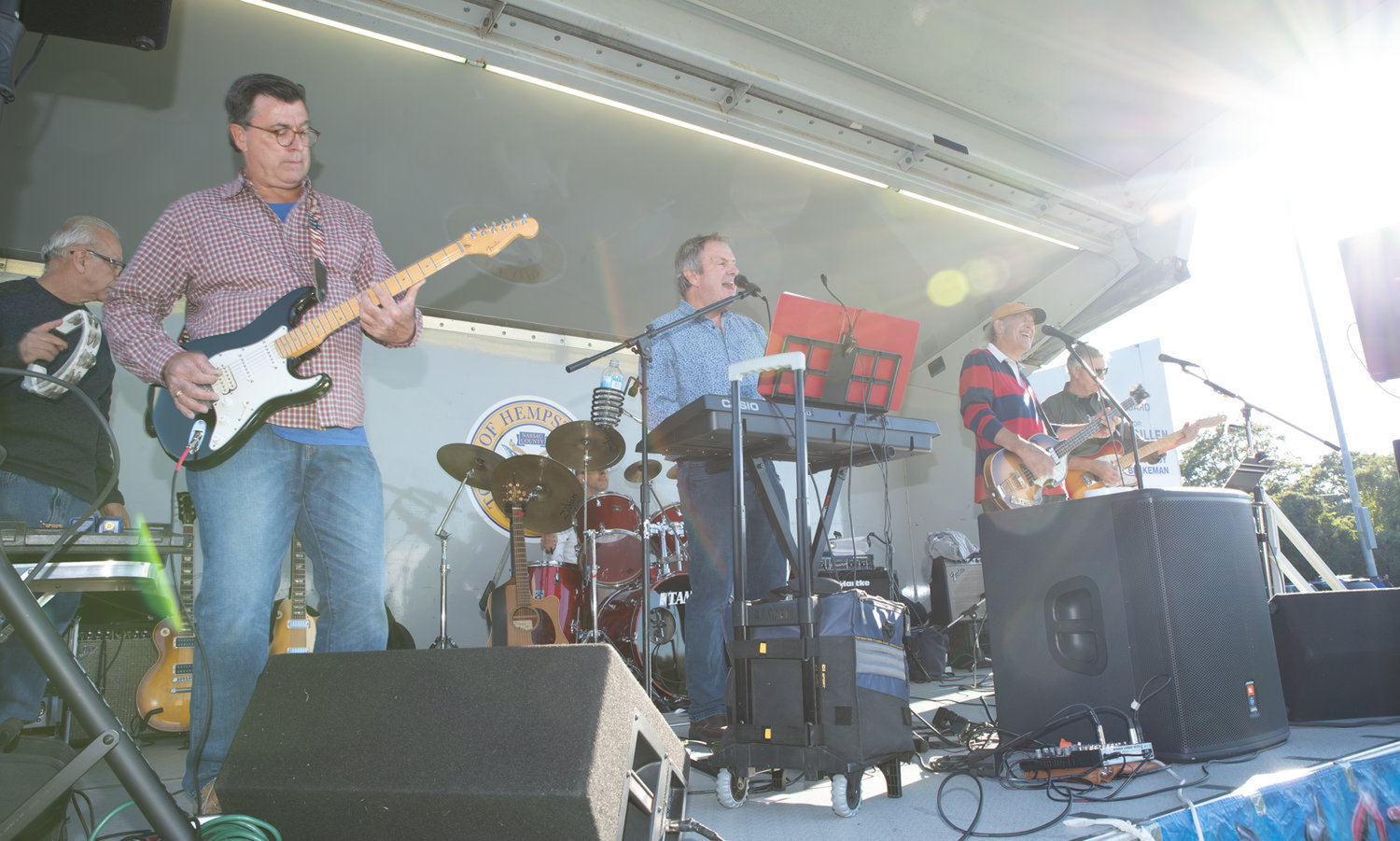 Members of the Johnny Sinatra Band will hit the stage at the Lynbrook Oktoberfest on Saturday in Greis Park, much as they did at the inaugural event in 2019.
Courtesy Media Origin Inc.
About Oktoberfest

Tickets: $10 for adults, $5 for children; available at the entrance. Proceeds will benefit the Lynbrook Community Chest.

The Lynbrook community will gather for a cause on Saturday as Oktoberfest returns to the village after being canceled last year because of the coronavirus pandemic.

About 3,000 people attended the inaugural event in 2019 — many decked in the traditional German lederhosen — to enjoy German delicacies, beer and other beverages, as well as the Johnny Sinatra Band.

This year, several vendors will have booths around the park’s perimeter, and there will be fun for the whole family, as well as beer, brats and bands. Event proceeds will go to the Lynbrook Community Chest, which provides financial help to village residents who have fallen on hard times.

“The Lynbrook Community Chest is a charity very near and dear to so many in the community,” said Lynbrook Chamber of Commerce Vice President Nazia DeFrank, who added that Village Trustee Laura Ryder helped her immensely.

DeFrank said she hoped the event would be “bigger and better” than the 2019 outing, and to help realize that goal, she is planning a Bavarian chocolate pie-eating contest. Local businesses are sponsoring the competition, and the judges will be Hempstead Town Councilman Anthony D’Esposito, Mayor Alan Beach, Deputy Mayor Michael Hawxhurst, Lynbrook Police Chief Brian Paladino and resident Cathy Ryder-Bien. Thirty contestants will vie for $100; all entrants will win prizes.

Beach and the village board created the inaugural event because the mayor, who is German-American, has an Oktoberfest at his home around his birthday each October. Additionally, he said, he thought it would be a fun event and a good way to raise money for the Community Chest. Lynbrook Coummunity Chest Chairman Brian Curran, a former assemblyman, said he was grateful for the event, and that it would aid “Lynbrook residents and families that may be experiencing difficult times and are truly in need of assistance.”

This year’s event is scheduled for 3 to 8 p.m. at Greis Park. Children can take part in games and crafts, and there will be a magician, a bouncy house, a Ferris wheel and a balloon artist. For adults, there will be a beer stein-holding contest at 7 p.m.

“I’m very excited that we’re able to pull this off again, and it seems like we’re getting a great response from the merchants,” Beach said. “We’re getting donations to help it, so it’s no cost to the residents.”

The outing will also feature many volunteers, with Civil Service Employees Association members pouring the beer and members of the Knights of Columbus-St. Mary’s Maris/Stella Council selling food and tickets.

The event costs $10 for adults and $5 for children, and tickets can be purchased at the entrance. To learn more, vist lynbrookvillage.net.