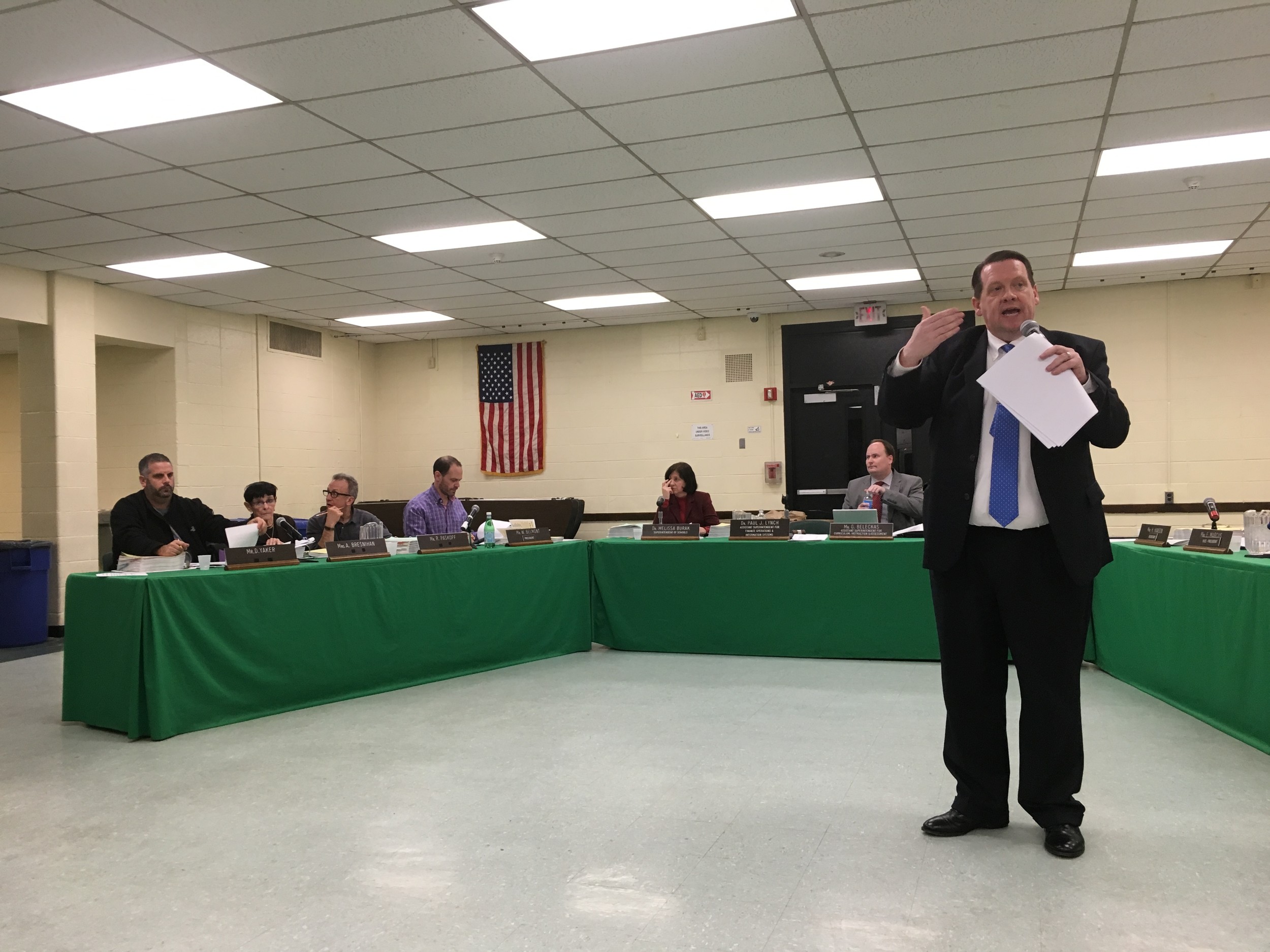 March 8: Lynbrook Board of Education finalizes budget newsletter and adopts the resolution

Paul Lynch, the superintendent for finance at Lynbrook Public Schools, presented the Board of Education with a proposed budget of over $82.4 million on Feb. 15. This budget would be an increase of more than $1.6 from the previous school year.
According to Lynch, the increase is “primarily due to contractual obligations and new positions.” Increases in salaries account for more than $780 thousand of the difference, and benefits account for more than $286,000 due to a 12 percent increase in health care costs.
High school students in ninth and tenth grades would also be able to participate in the school district’s One-to-World Initiative, in which students are given a tablet in September that has to be returned to the district in June.
“Because in the high school … you’ll see a lot of classes that have freshman and sophomores in the class, instead of having part of the class with a device and part without, it makes sense to introduce the tablets at that point to both grades,” said Gerard Beleckas, the assistant superintendent for curriculum, instruction and assessment. “I do think our ninth graders who have been just above our program are excited that they’re going to bring home those devices as well.”
The program started in 2014 with the sixth grade at Lynbrook middle schools. The students used Microsoft Surface Pro tablets to individualize their learning experience, collaborate with peers and communicate with their teacher, according to Beleckas.


As part of the program, the students have to bring the tablet with them to class each day and are not permitted to install any social media apps onto them. Parents also have to sign an agreement in the beginning of the year and purchase a one-year warranty through the school district to cover theft or loss of the device.
For parents who are new to the program in both the middle school and in the high school, the district will host an orientation on how to use the tablets once the administrators compare prices and settle on a brand.
In the proposal, to offer more opportunities for the students, Lynbrook High School would work with SUNY Farmingdale to develop a computer-driven engineering course, so students can earn SUNY credits in high school. The school would also add a principles of engineering course through Hofstra University.
The budget would also cover protective headgear for the girls’ lacrosse team at the high school, another bus for homeless students and costs associated with an unfunded mandate requiring a translator to be present at every school registration event.