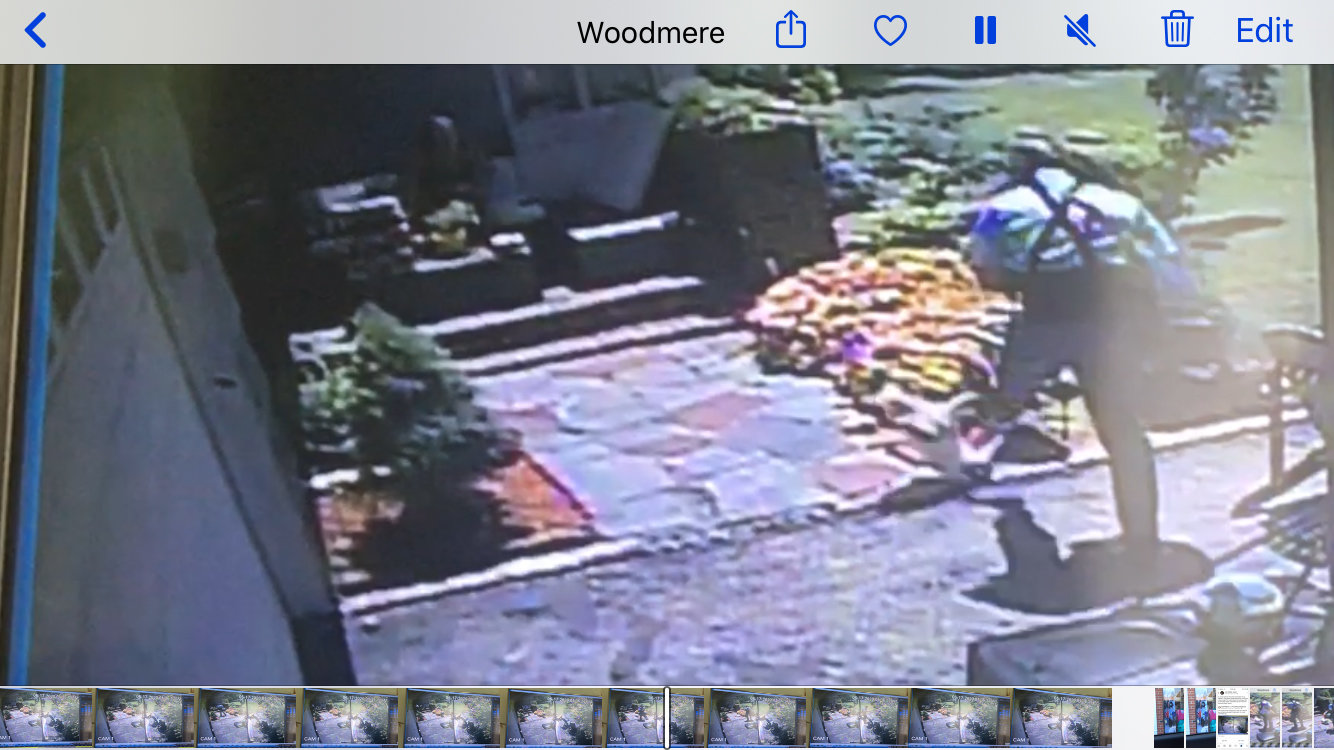 When a letter carrier delivers mail or packages to a home’s front door, place the dog in a separate room and close that door before opening the front door. Dogs have been known to burst through screen doors or plate glass windows to attack visitors.

Parents should remind children and other family members not to take mail directly from letter carriers in the presence of the family pet. The dog may view the letter carrier handing mail to a family member as a threatening gesture.

If a letter carrier feels threatened by a dog, or if a dog is loose or unleashed, the owner may be asked to pick up mail at a post office or another facility until the letter carrier is assured the pet has been restrained. If the dog is roaming the neighborhood, the pet owner’s neighbors also may be asked to pick up their mail at the area’s post office.

At least three residents of Forest Avenue in Woodmere have registered complaints with the community’s postmaster, Pauline Argicola, and another submitted a complaint to the United States Postal Service concerning the behavior of one mail carrier.

In April, resident Michael Litton said he heard a “big bang” on his front door and found a mail receipt to retrieve a package. “I’m calling him to turn around and show me the envelope but he kept ignoring me,” Litton said, adding that he raised his voice in an effort to get the mail carrier’s attention but that did not work. “He didn’t stop, he continued to another house. I made a mistake touching his shoulder during Covid and he screamed at me, ‘don’t touch me,’ acting very off, very strange.” Litton did not file a complaint.

Susan Klein said that multiple incidents with the mail carrier, identified only as Andrew, have caused her to be concerned for herself and her neighbors.

She noted at the end of March and early April, Andrew yelled at her cleaning lady for a supposed obstruction on the front door, grabbed mail out of Klein’s hand saying that it is not her mail then another time parking his truck in front of her house, he ate his lunch then preceded to smoke a pipe, spitting “all over my lawn” and banging the pipe against a tree on Klein’s property. “He’s not a bad man, but needs help,” she said, adding that at times Andrew’s behavior has scared her.

On June 16, Inna Mishiev filed a police report because of Andrew’s behavior. He is seen on her security camera video kicking her dog. “We don’t want a man like this because of his behavior, I want hm off my route,” Mishiev said, adding that every time a resident has registered a complaint with the post office, Agricola or someone else said it is the first time they are learning of Andrew’s alleged behavior. “I don’t want him around my children,” Mishiev said, noting that Andrew did not deliver mail to her house for a few days after the incident.

A week later, Mishiev said: “I spoke to the postmaster at Woodmere [Andrew] is back to delivering my mail. [The postmaster] basically ignored all other complaints and said his behavior in the video was self-defense.” Two days later, Andrew supposedly threw mail at Judy Joszef’s daughter’s dog that was a leash after telling the daughter Jordana Weichselbaum to “get the dog out of here.”

Mishiev received a response from Francine Segarra, a USPS manager. “I want to apologize for the actions of our letter carrier,” Segarra wrote in a June 23 email. “During our interview with the carrier, he had advised that he meant no harm to your animal, but believed the dog was going to bite him. In order to protect himself, his instinct was to use his foot to push the dog away. Our carriers are trained to protect themselves when barking dogs approach.

A USPS spokesman Xavier Hernandez told the Herald that, “Long Island mail carriers have been bitten by dogs nearly 40 times this year (see box for safety tips),” he said. “In general, carriers are trained to use the tools at their disposal to diminish the threat of potentially dangerous dogs. This includes the use of spray, their mailbags, and even pushing the dog away physically if necessary. The postal service supports the safety of its carriers in the performance of their duties.”