Making a 'SPLASH' against trash 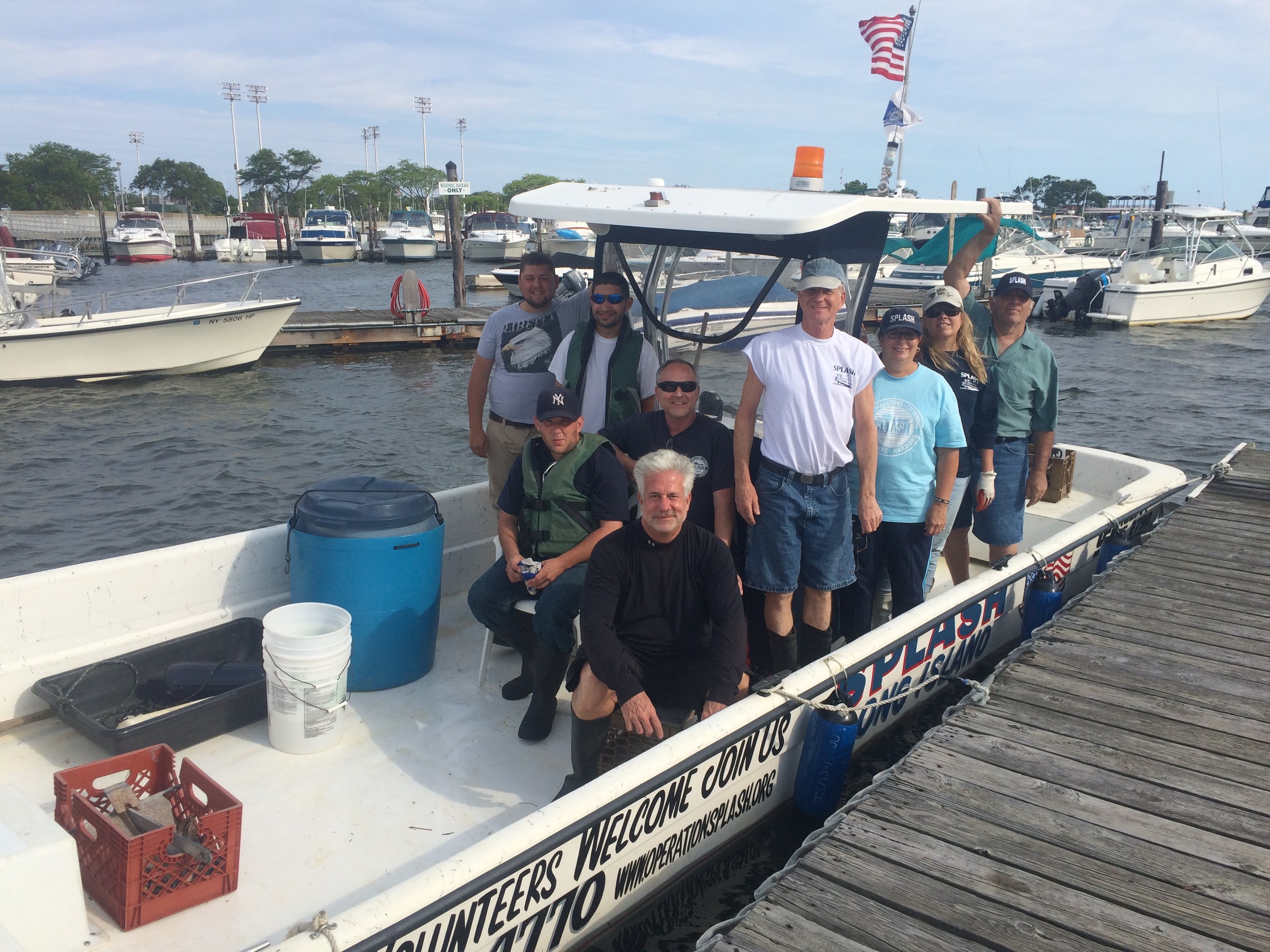 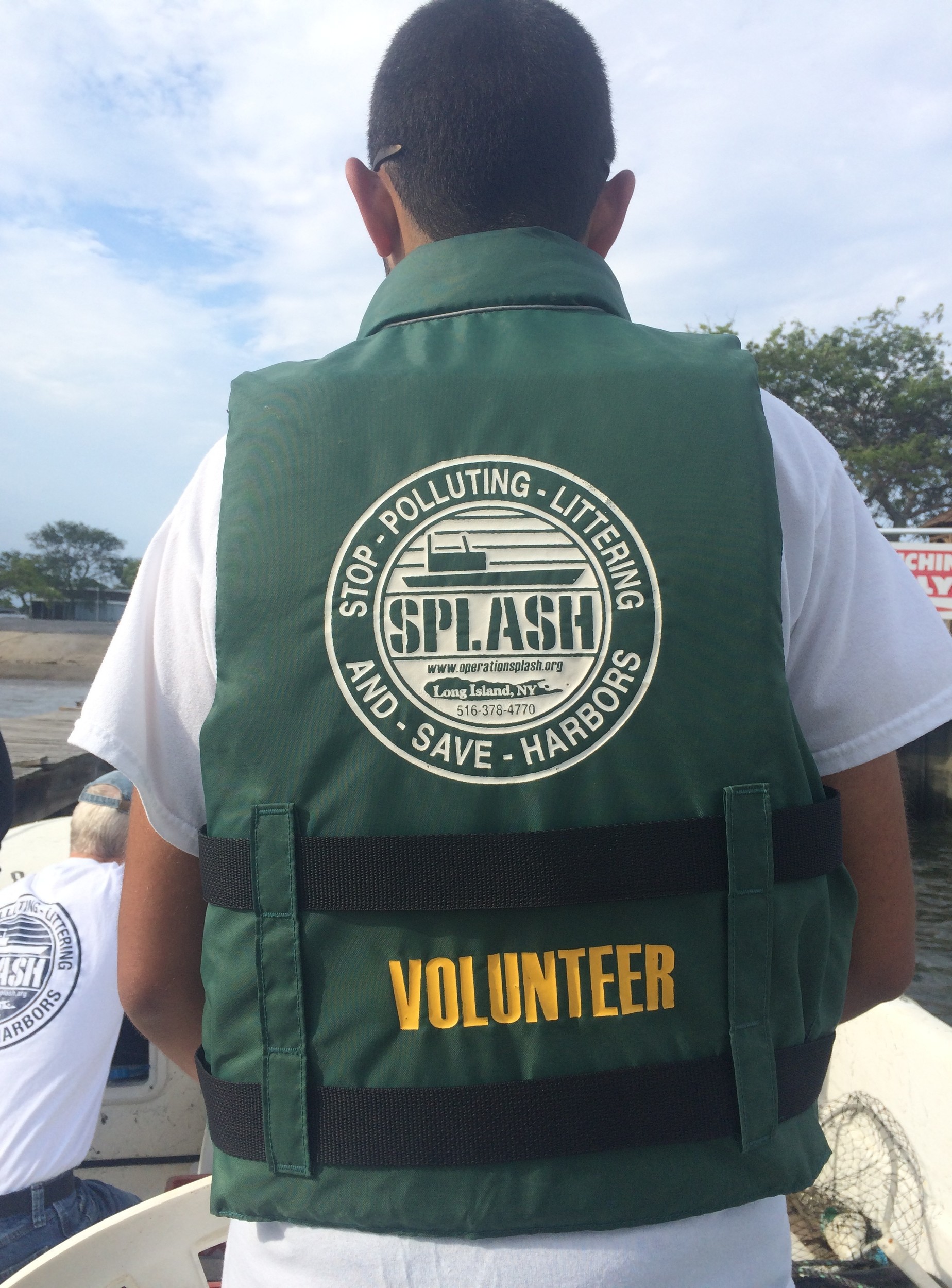 Volunteers for Operation SPLASH come from all over to help clean up the bays.
Rebecca Anderson/Herald 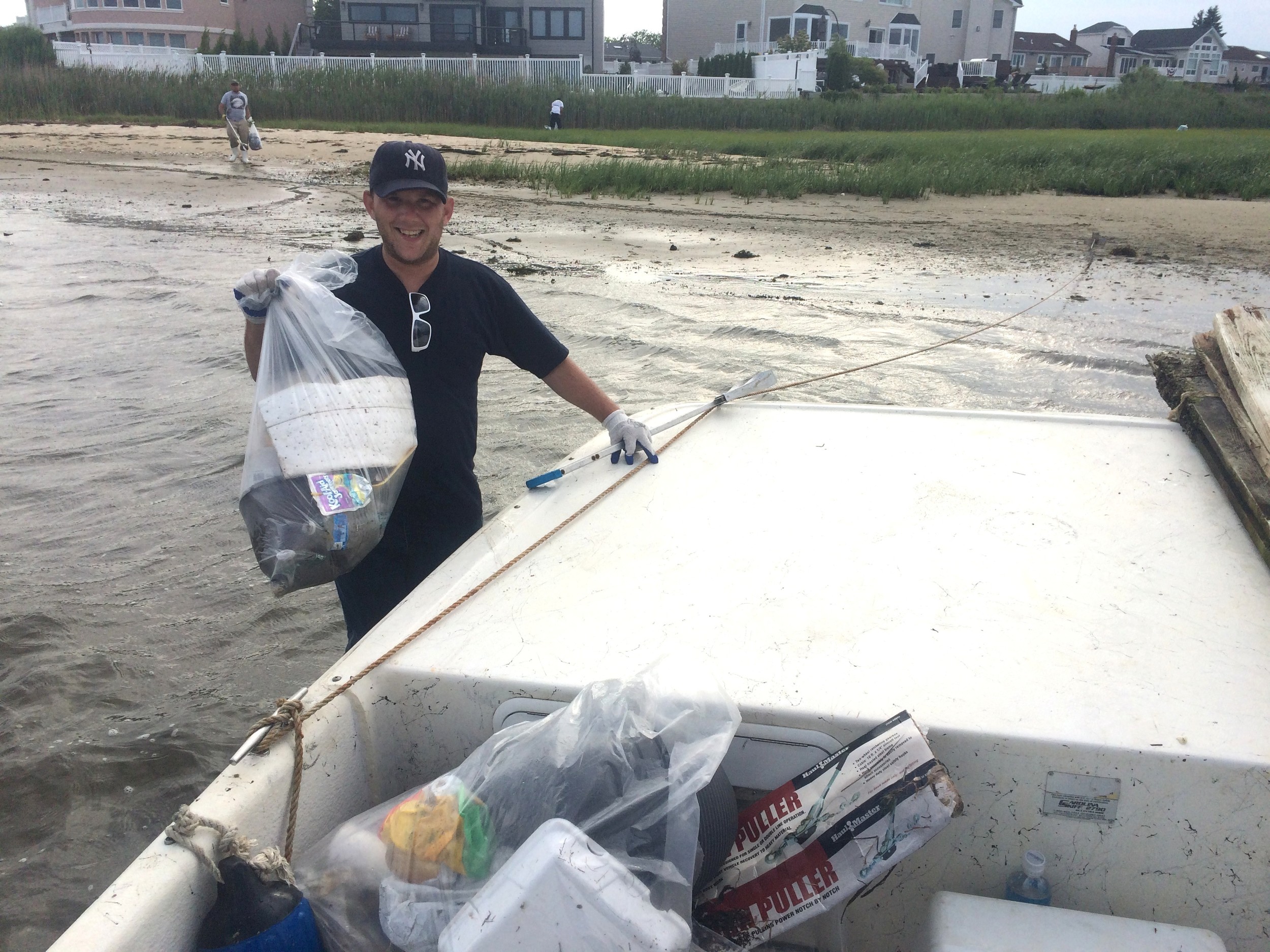 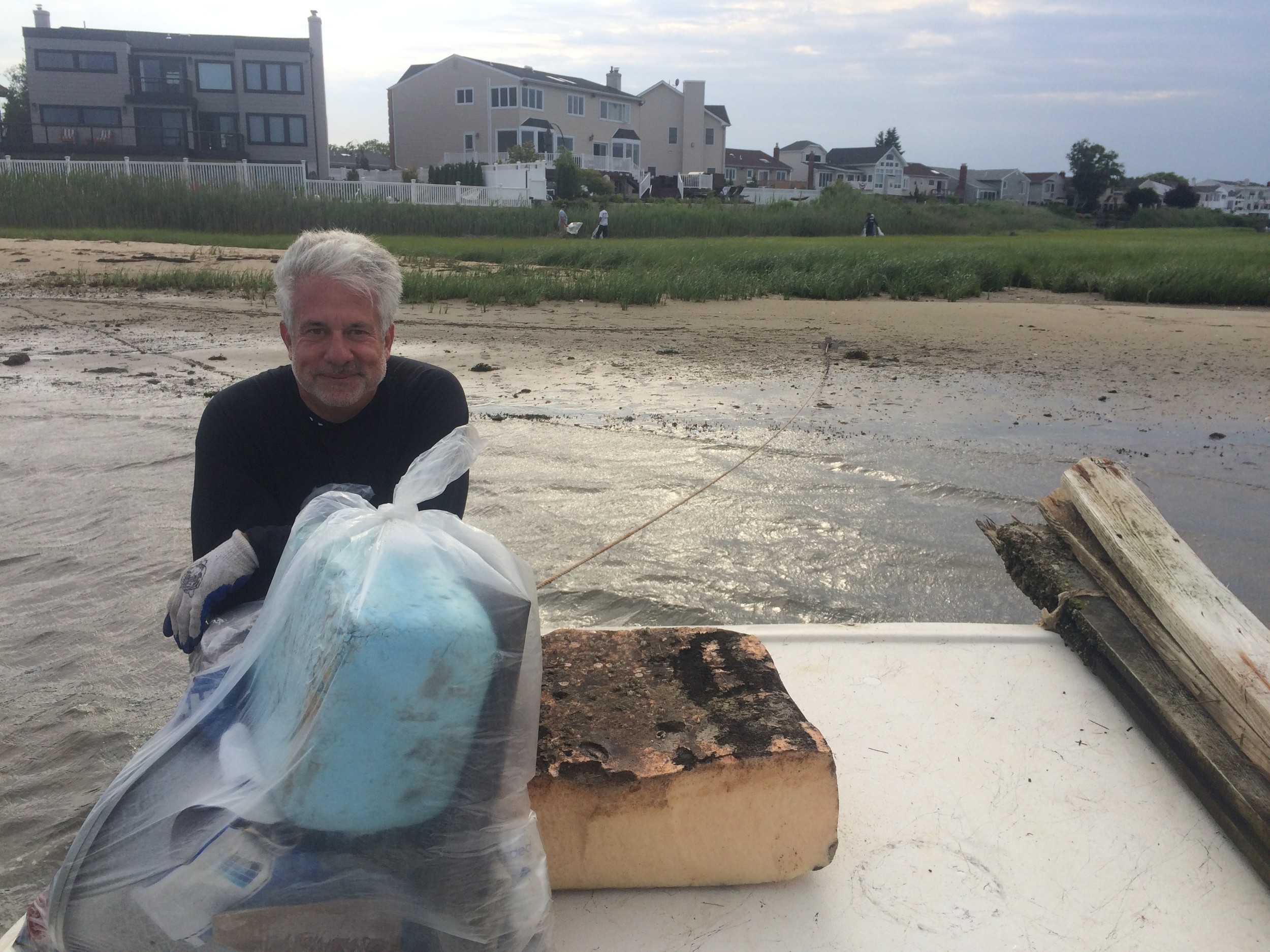 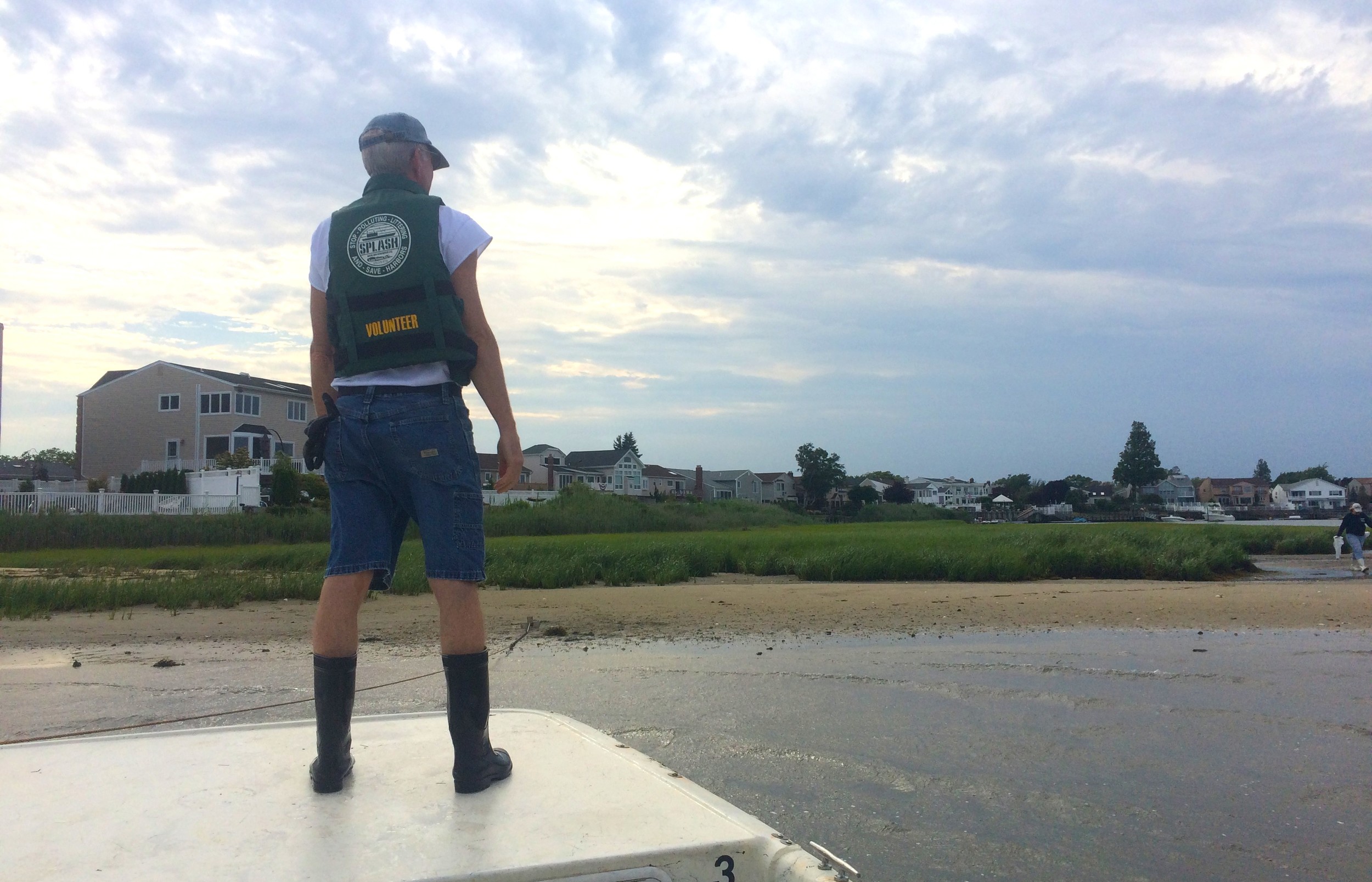 It was a cloudy day on June 27. At Wantagh State Park, the high tide and rough waves made it hard for smaller vessels to make it out into the Western Bays. Port Captain Gary Smith and six of his crew members, sporting rubber boots and cut-off shorts, worked hard to get their skiff away from the dock and into the bay off the Bellmore coastline.

“Operation SPLASH,” an acronym for Stop Polluting Littering and Save Harbors, was plastered across the side of the boat. SPLASH is a 2,000-member nonprofit environmental group based in Freeport. On that recent Monday, members rolled out nets and buckets to start trawling— not for fish, but for trash.

SPLASH, which has chapters in several local communities, collects garbage in bays across the South Shore to protect the local environment. “When you come out here and see that a water bottle has turned to almost dust, then you know it’s been out here for a while,” Smith said. “But when you see that a beer bottle has crumbled in your hands, then it’s a problem.”

Without SPLASH, garbagewould only pile up in the South Shore’s wetlands and bays, members said. “It would be a complete mess if we didn’t go out there every week to clean up,” Smith said.

SPLASH started in 1990 in Freeport, where a single family wanted to clean up the Nautical Mile, the port in the heart of the village. Debris filled the channel along the famed Mile. SPLASH cleaned it up.

In addition to picking up trash in the bays, SPLASH members have lobbied to end the five-decade-old practice of sending treated sewage effluent into the bays, because it raises nitrogen levels in the waterways. Excessive nitrogen accelerates seaweed growth. As the seaweed reaches unnatural levels, it breaks apart in the tides and rots, causing a loss of dissolved oxygen –– and “dead zones” in the bays.

The New York State Department of Environmental Conservation has listed the South Shore’s Western Bays as “impaired water bodies” because of high levels of pathogens in them, which are caused, in part, by sewage effluent. In all, Nassau County sends 64.5 million gallons of effluent into the bays from the Bay Park Sewage Treatment Plant, which releases effluent in Reynolds Channel, off Long Beach. From there, the tides carry it throughout the Western Bays.

The Jones Beach Sewage Treatment Plant used to discharge in the bays, but not any more –– in part because of SPLASH’s lobbying. “Until a few years ago, [the plant] used to discharge to the waters around field 10 at the fishing piers at Jones Beach State Park,” DEC spokesman Bill Fonda said.  “They have subsequently connected their plant to the Cedar Creek outfall pipe.”

As a result, rather than let out in the bays, the Jones Beach plant now releases effluent three miles into the Atlantic Ocean, where it disperses harmlessly in deeper waters.

“This single act alone has reduced the amount of nitrogen in this area, and the DEC has opened areas of shell fishing to the public, where they were once closed for human health and safety precautions,” Fonda said.

After Superstorm Sandy, SPLASH crews mainly focused on collecting larger debris, including boats and even sections of homes. “It was the worst I had ever seen it,” Smith said.

Now the Wantagh crews mainly clean up sections of the shoreline near the Jones Beach State Park fishing piers, which are often laden with debris. Volunteer Howie Schwartz, of Merrick, said he enjoys riding with his SPLASH crew and collecting trash in the bays, which he thinks of as his backyard. Crews mostly pick up wooden pieces and plastic bottles, along with the occasional basketball and toilet bowl.

“It’s not even just people littering,” Carolyn LaRosa, of Bellmore, said. “So many things just blow out of recycling bins and off of people’s boats.”

“It just makes you feel good,” LaRosa said of volunteering. “If it’s going to help make Long Island better, then I’m all in.”