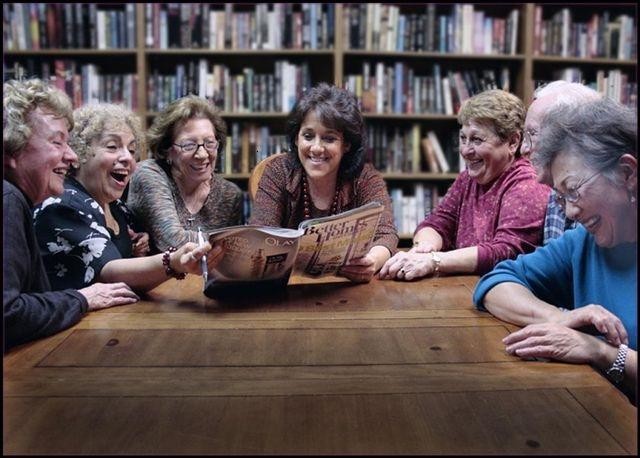 Courtesy Glen Cove Senior Center
AARP Livability Index for Glen Cove: (Based on a 1 to 100 scale)

It is no secret that Glen Cove is going through changes, with multiple housing projects and various revitalization projects in the works downtown.

Glen Cove Senior Center Executive Director Carol Waldman has made it her life’s work to make sure the elder population on Long Island is not forgotten, especially in Glen Cove during all these changes. That is why she is spearheading the way for Glen Cove to become part of AARP’s network of Age-Friendly Communities, which will make the city more livable for people of all ages, not just seniors.

According to the U.S. Census Bureau, the number of U.S. residents 65 years and older will increase by 105.2 percent by 2060. With the number of seniors on the rise across the nation, Waldman thought what better time than now to get this status for the city.

AARP’s Network of Age-Friendly Communities is an affiliate of the World Health Organization’s Age-Friendly Cities and Communities Program, “an international effort launched in 2006 to help cities prepare for rapid population aging and the parallel trend of urbanization,” according to the website.

The program has participating communities in more than 20 nations, as well as 10 affiliates representing more than 1,000 communities.

AARP ranks a community’s livability by averaging the scores of seven criteria, and comparing them nationwide. Each criteria is based on a 1 to 100 scale: housing, neighborhood, transportation, environment, health, engagement and opportunity. Glen Cove holds a livability score of 59.

While the score has no effect on the city’s ability to become an Age-Friendly Community, getting the status will unlock new ways for the city to improve its score.

Waldman, along with project administrators Vincenza Caruso and Hali Layton, approached the Senior Advisory Council to the Mayor about the project. They realized that to have the most effective project plan, they would need to create a project advisory board with more community members to represent the seven criteria and all age groups. As of now, 29 members of various community organizations are part of the board ranging from city departments, to the library, youth bureau, hospital and religious institutions.

“Having the police and the schools on board, we’re really going to get a broad perspective on what it means to grow up and grow older in the community,” said Waldman.

Caruso and Layton, both senior center volunteers, have been conducting focus groups at the center to gather data on what residents are satisfied with and what can be improved. Layton said they have heard suggestions like more benches and walkways. Waldman added some ideas they could look into including more or better lighting and signage, curb cuts and crosswalk safety.

“Anything that makes the community a better place for people of all ages to live is a great idea and certainly worth the time and investment,” said Layton.

“A lot of these different items that AARP looks at, we’re already working on as a city,” said Community Development Agency Executive Director Ann Fangmann. The city has received a grant to make curb cuts ADA-compliant. One thing Fangmann said she would like to see is better connectivity in the downtown area, and eventually pass a Complete Streets policy, which would require certain designs to make the streets safer and more comfortable for all ages.

Waldman sent out the application to AARP in early November and is waiting for approval. If the city gets approved, the advisory board will meet and relay their concerns and suggestions for their groups. They will then conduct more surveys and put together a two- to five-year action plan with various initiatives.

Getting the Age-Friendly status will give the city access to new resources that other communities have used, whether it is ideas they have implemented or specific grants they have applied for.

If the application gets denied, the board will still meet and discuss a possible action plan.

“It’s important to be able to address the needs of older citizens and young as well,” said Caruso. “And be able to adapt to all the changes that are occurring.”