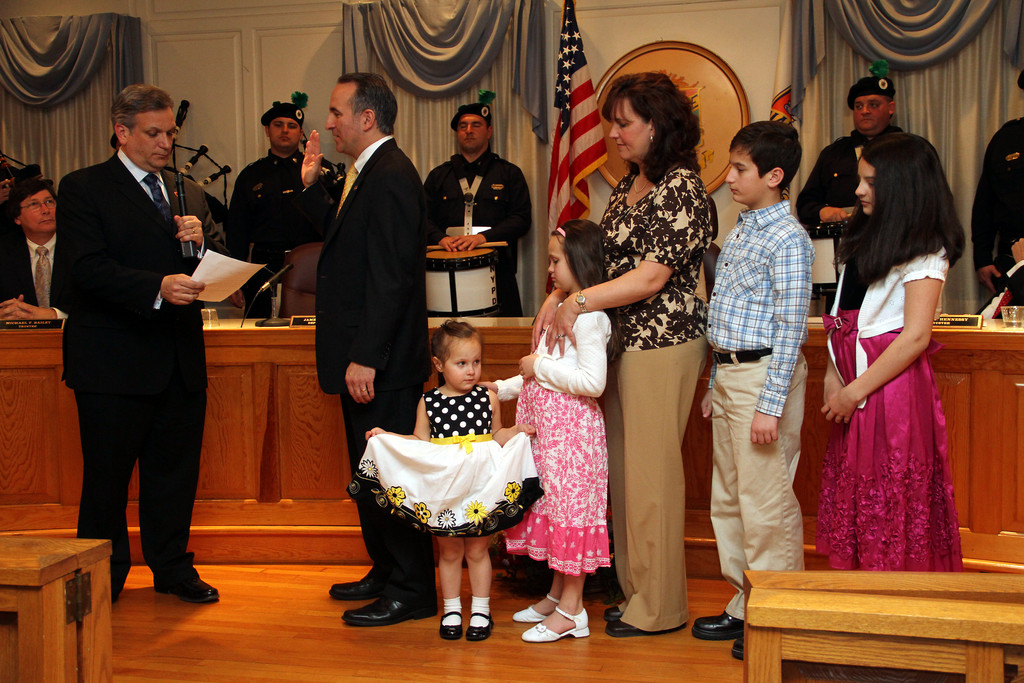 James Callahan, flanked by his wife and children, was sworn into office on April 4 by County Executive Ed Mangano. He died on May 26. He was 42.
Susan Grieco/Herald File Photo 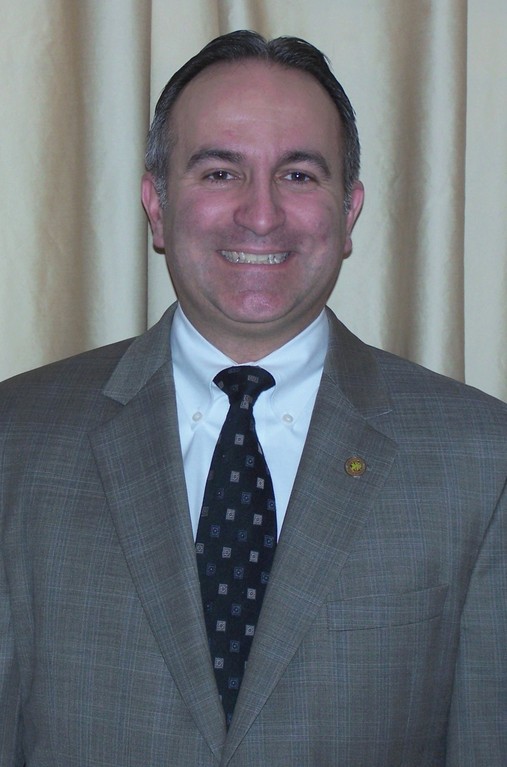 Malverne Deputy Mayor James J. Callahan III died after a brief illness on May 26. He was 42.
Herald File Photo
Previous Next
By Lee Landor

The father of four, who served as deputy mayor for the last eight years and was sworn into his trustee seat for a fourth term on April 4, suffered a major stroke on April 9. He underwent testing at Franklin Hospital and later at North Shore-Long Island Jewish Hospital. Doctors thought his condition was improving, but in recent weeks it deteriorated and he succumbed to the trauma on May 26, around 3 a.m.

"It's a great loss to the village," said Malverne Village Trustee Joe Hennessy. "Jim was terrific. He was a family man and had tremendous dedication to the village. It's a tragedy — a man so young. … Our hearts are swollen with sorrow."

Callahan — who is survived by his wife, Patricia, and four children, Thomas, Katherine, Elizabeth and Christina — served as the commissioner of the Nassau County Office of Emergency Management since 2006. He was hailed as a great leader by his colleagues and County Executive Ed Mangano, who had sworn him in.

"My deepest sympathies go out to his family, friends and colleagues," Mangano said in a statement. "Well-respected among the community and emergency preparedness industry, Jim Callahan's dedication to keeping Nassau County safe and prepared in this ever-changing world deserves the highest recognition and sincere gratitude of our residents. This is a tragic day for the county of Nassau as we mourn the loss of a great public servant."

In his five years as the OEM commissioner, Callahan was responsible for overseeing planning, response and mitigation to all disasters, and coordinating the county's efforts with state and local organizations. Under his leadership, OEM handled a number of events, including the April 2007 nor'easter, the 2008 West Nile Virus outbreak, the protests at the 2008 Hofstra presidential debate, the 2009 H1N1 outbreak and several weather disaster declarations. Callahan also worked with the American Red Cross earlier this year to create the county's first kosher disaster evacuation center at West Hempstead High School.