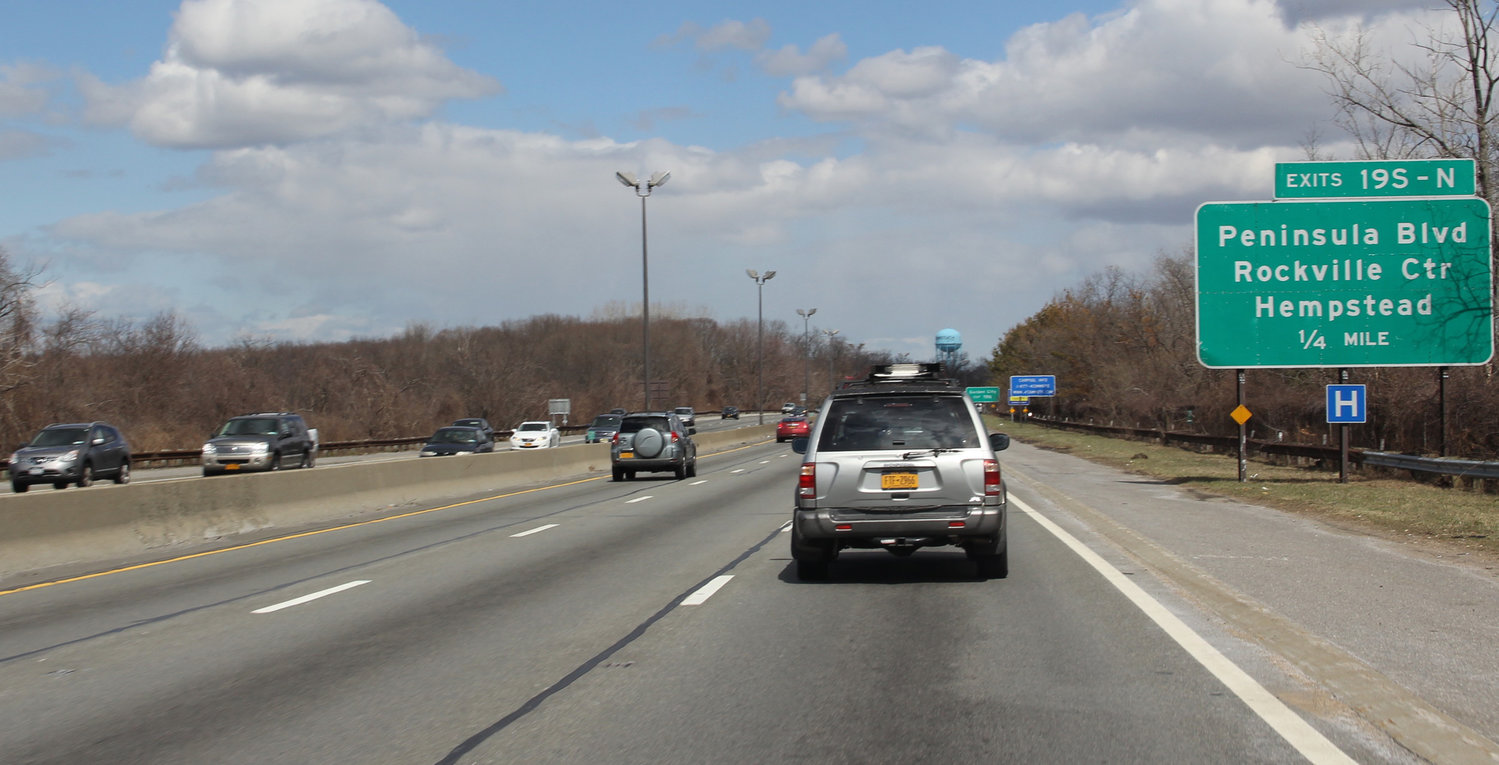 The incident happened on the eastbound side of the Southern State Parkway, just west of the Peninsula Boulevard exit beside Hempstead Lake State Park.
Christina Daly/Herald

Two years after a Queens man was arrested and charged with multiple felonies during a traffic stop on the Southern State Parkway, a former state trooper testified during a Nassau County trial on Aug. 6.
In Feb. 2017, Kyheem Kelly, 31, of Jamaica, Queens, was pulled over at around 3 p.m. on the eastbound side of the parkway, just west of the Peninsula Boulevard exit beside Hempstead Lake State Park, according to state police. Kelly drove off during the stop, dragging Trooper Jean Dhaiti across all three lanes of traffic before the Honda Accord struck the concrete center median.
According to a cell phone video taken by an unidentified citizen, the officer, with the assistance of two Samaritans, apprehended Kelly after a brief struggle. The trooper was seen bleeding from the right side of his head.
Kelly was charged with second-degree assault, aggravated assault on a police officer, reckless endangerment, resisting arrest and obstructing governmental administration.
The ex-trooper suffered head injuries and because of that, he was unable to return to law enforcement. The case was settled in April when Kelly pleaded guilty to attempted first-degree assault in a deal that included a four-year prison sentence.