‘He had a real zest for living’ 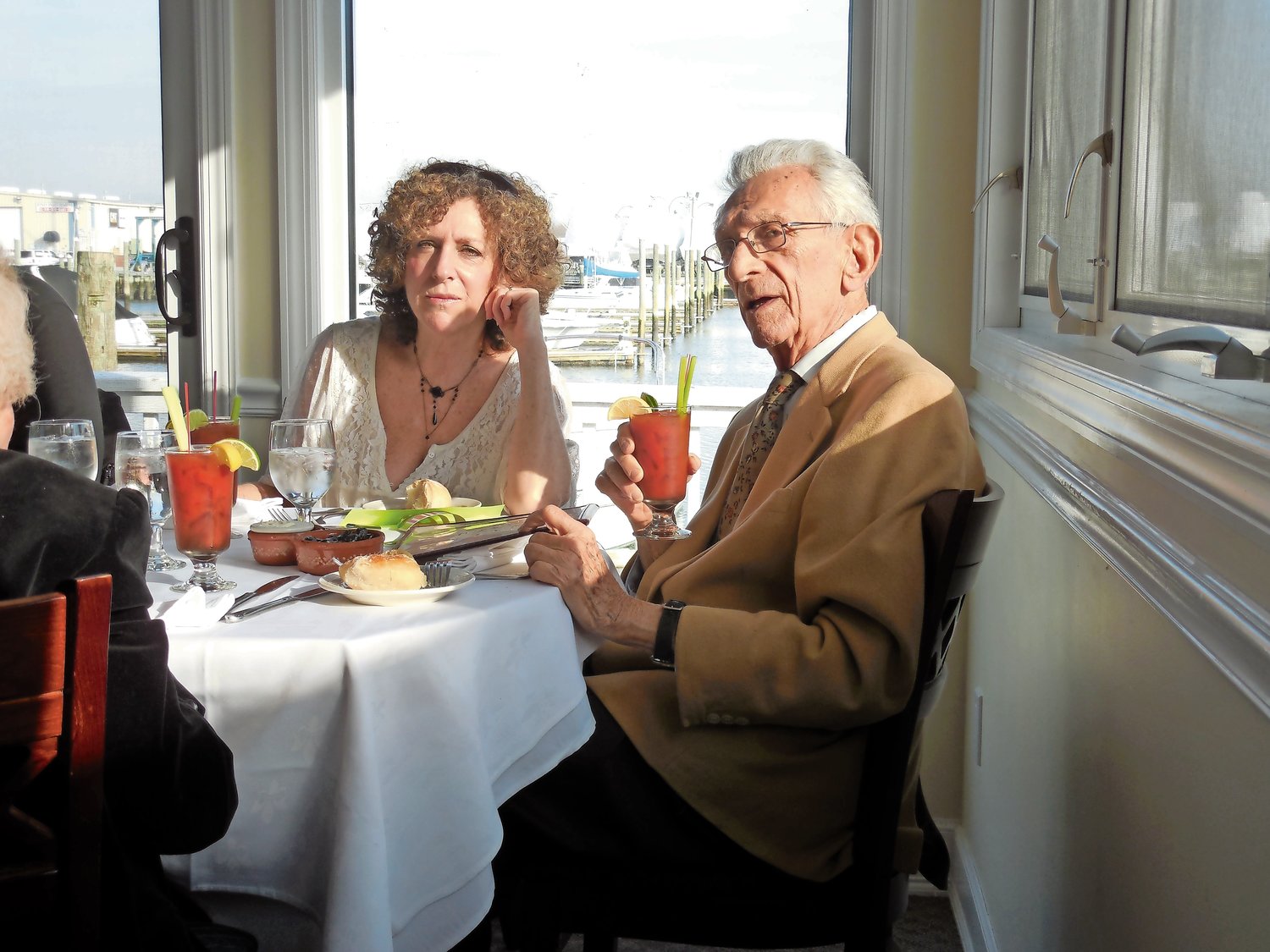 Alan Nemser, a 66-year Merrick resident, died on June 10 at the age of 106. He is pictured here at his 100th birthday celebration, with his daughter Erica Nemser-Crowley, enjoying a bloody Mary.
Courtesy Kathy Nemser 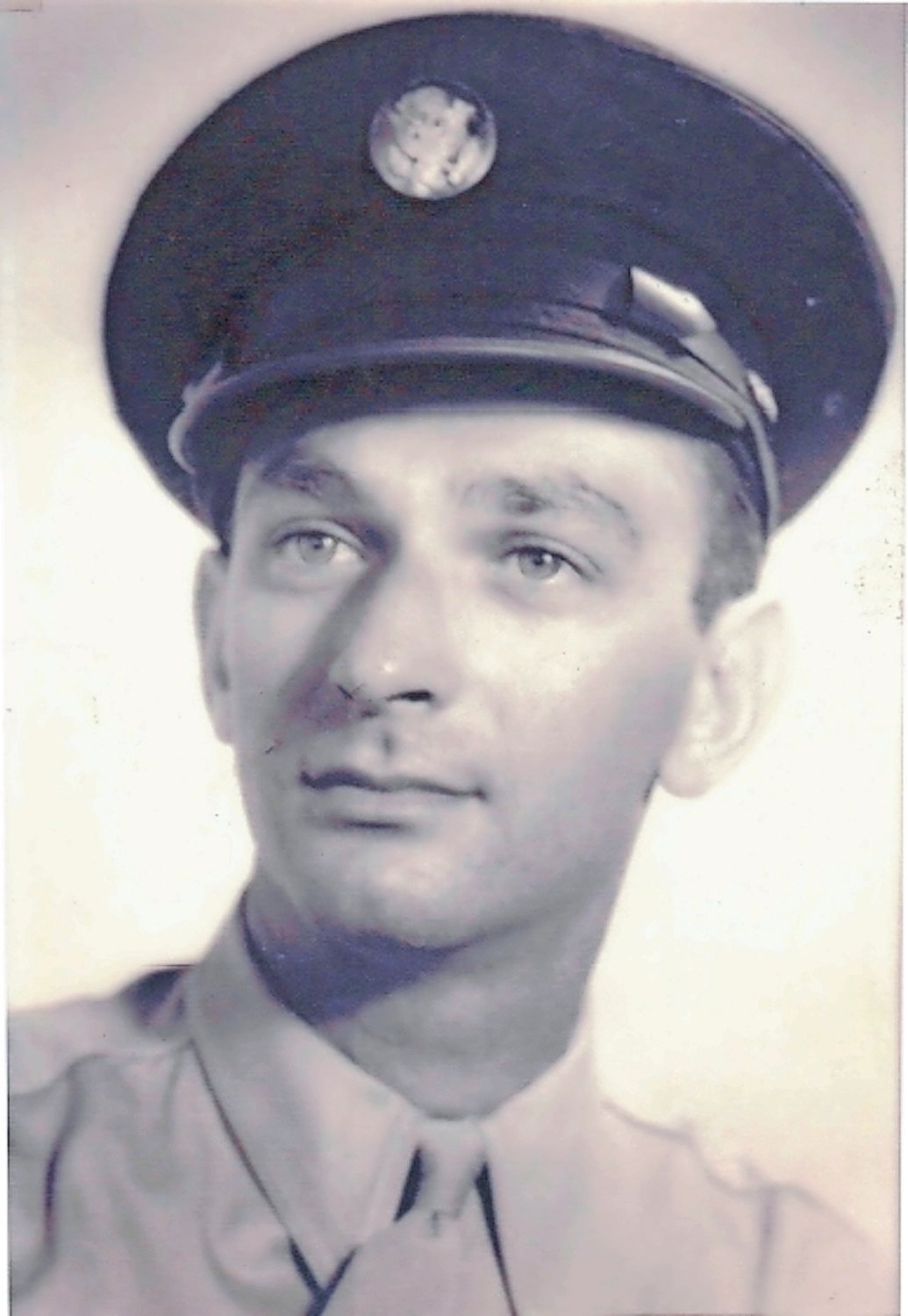 Nemser served in World War II as a cryptographer and cryptanalyst in the Army Air Corps.
Courtesy Kathy Nemser 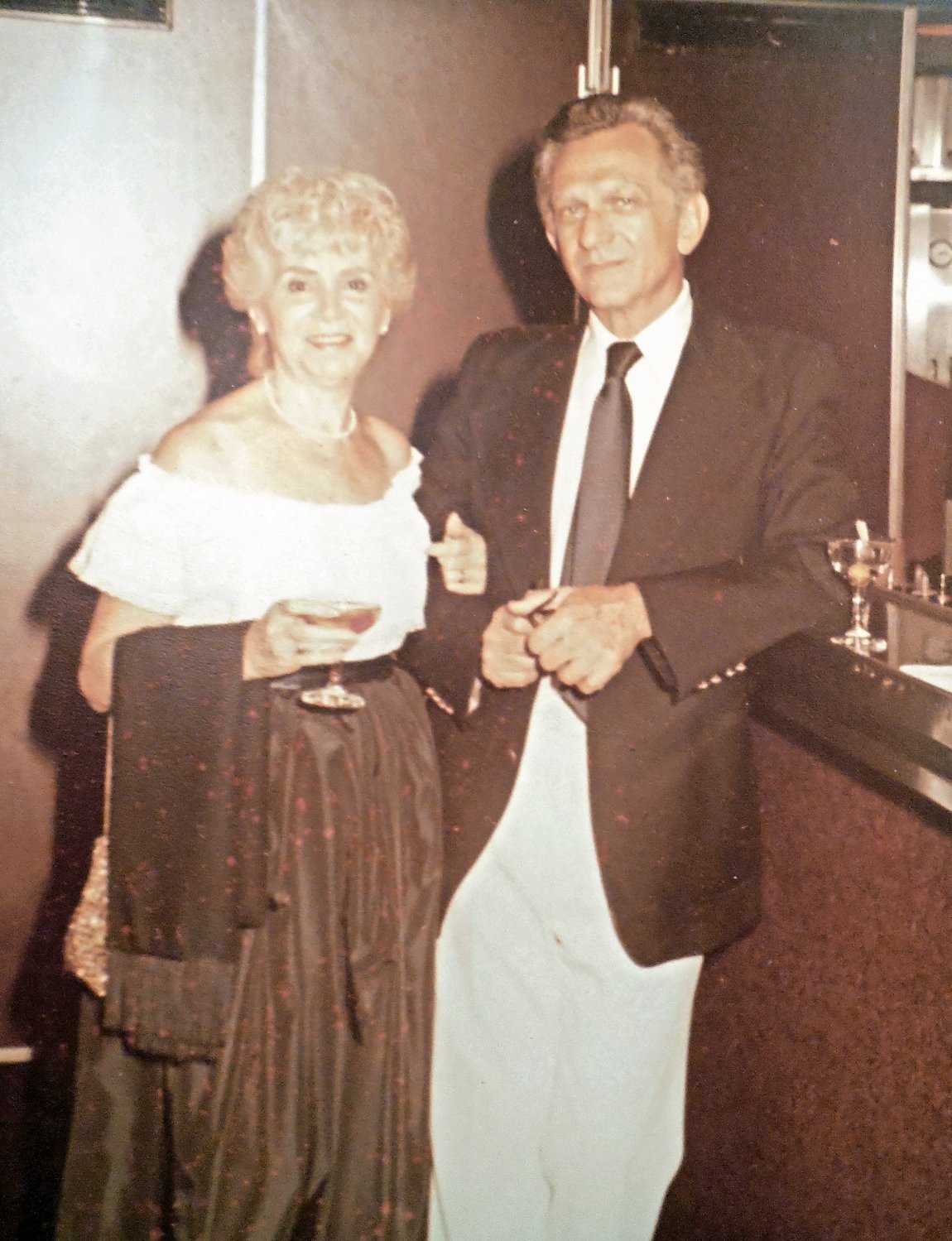 Nemser and his wife, Tess, moved to south Merrick in 1954 and remained there all their lives.
Courtesy Kathy Nemser
Previous Next
By Alyssa Seidman

Alan Nemser, who served in the Army Air Corps during World War II and spent decades practicing law, “made everyone feel comfortable in his presence,” his daughter, Kathy Nemser, said. “He was this amazing combination of serious and silly.”

The Nemser family moved to south Merrick in 1954 and never left. In the more than 60 years that followed, Alan’s magnetic energy charmed friends, neighbors and clients alike.

He was born in Brooklyn in 1913, the youngest of six siblings. He excelled in academics, and never lost a contest on the Boys High School’s debate team. His knack for talking also came in handy when wooing Tess Wiener, whom he married 1938.

After graduating from Brooklyn Law School in 1934, Nemser worked for Cohen & Fuchsberg, now the Jacob Fuchsberg Law Firm, as a personal injury attorney. When World War II broke out, he studied cryptography, of which he was a natural. He served as a cryptographer and cryptanalyst in the Army Air Corps, and even cracked a 19th century encrypted message for a book that his commanding officer, Louis A. Sigaud, was working on about the Civil War.

Nemser put his expertise to use again in 1994, when a copycat Zodiac killer was sending coded messages to the New York Post about impending shootings. Nem-ser’s son-in-law, Kieran Crowley, then a Post reporter, took one of the messages to Nem-ser’s home so they could work on it together.

“After 35 minutes, I heard a huge ‘Eureka!’ from outside,” said Erica Nemser-Crowley, of Bellmore. The decoded message appeared in the paper the next day; it included the phrase “Be ready for more.”

Nemser maintained a strong work ethic in the courtroom and at home. He founded his own general law practice in Brooklyn following the war, which he relocated to Garden City after the family moved to Merrick. In 1979, after Kathy passed the bar, the father-daughter duo litigated side by side for more than 35 years.

“I’ve had many lawyers say to me, ‘If you’re half the lawyer that he is, you’re going be very good too,’” she said. “He was very caring for his clients, and came to work every day until he had to stop.”

Nemser-Crowley, of Bellmore, said that upon moving to Merrick, her father intricately landscaped their backyard — which had been a tangle of bushes and reeds before he arrived — by himself. “He had a real zest for living,” she said.

She described her father as “a very brilliant, dashing, charming man — probably the most generous dad in the world.” Many of the girls’ friends asked if their father could adopt them, Kathy added.

When Tess battled aortic stenosis and memory issues in her late 90s, Nemser stayed home from work to care for her, Kathy said. After Tess died in 2014, at age 100, Nemser returned to the courtroom and continued to do so every day until he was 103.

“He even drove until he was 103,” Nemser-Crowley added. “He just never wanted to be dependent on anybody.”

After her father’s funeral, Kathy delivered a eulogy at his gravesite that encompassed his legacy: “I thought of him as a bright, benevolent moon, shining on us, holding us in his light. I’m a little surprised that I could be hurting so much now, considering that the moon was waning for the last few years, until only a sliver remained. But . . . the moon will find a new stage . . . Its light will [never] disappear entirely and remain only as it reflects off us.”

Nemser was predeceased by his son-in-law, Kiernan Crowley.

In addition to his daughters, he is survived by Kathy’s husband, Ray Neinstein; a grandson, Adam Neinstein; a granddaughter, Ariel Crowley; Tess’s niece, Deborah Kunstler, and her husband, Mort; Tess’s nephew, Joel Grey; and other loving friends and relatives.