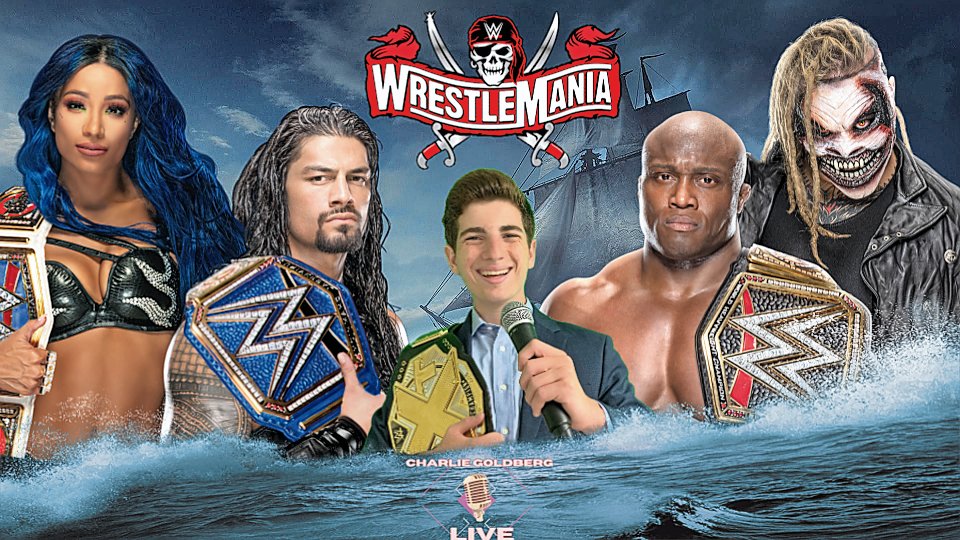 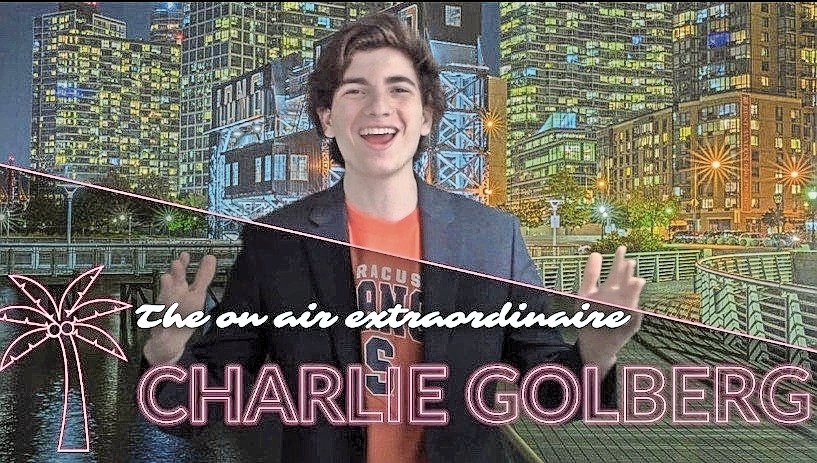 In these times, people need a source of entertainment.”
Charlie Goldberg
By Jordan Vallone

Merrick residents and Calhoun High School students are quickly getting to know Charlie Goldberg of south Merrick — “the On-air Extraordinaire” — who founded Calhoun’s media club and now runs his own successful YouTube channel, along with other media platforms.

Goldberg, who is graduating from Calhoun this year and will attend the S.I. Newhouse School of Public Communications at Syracuse University in the fall, has made a name for himself at both his school and in the community by being highly active in the media.

As a Calhoun freshman, Goldberg was inspired by the Bellmore-Merrick Broadcasting Program at Wellington C. Mepham High School to start a similar one at Calhoun.

“I’ve always had a love for the media,” he said. “I started the media club at Calhoun.”

He established the group with Principal Nicole Hollings. Goldberg said that Hollings took a chance on him, and he couldn’t be more thankful for her support.

“I wouldn’t be where I am today without her help,” he noted.

The club quickly gained momentum, and before the pandemic, Goldberg said, it was known for covering big events at school. Despite the challenges caused by pandemic shutdowns and social-distancing requirements, the group still managed to have a successful year, hosting game shows, conducting teacher interviews and more.

Goldberg recently passed his leadership role over to student James Vakkas and said that he looks forward to seeing the future of the group.

Outside the media club, Goldberg has found success managing his own YouTube channel, “Charlie Goldberg Live.” He started it in early January, after learning that he had been accepted by Newhouse.

“You’ve got to get a lot of practice” to succeed in broadcasting, which motivated him to begin the channel, he explained.

The platform grew through marketing techniques that Goldberg learned from his school club. “I posted like crazy on various social media apps,” he said. “I also had the help and support of friends.”

Goldberg tries to imitate popular late-night hosts Jimmy Fallon or Jimmy Kimmel with his web show in terms of style and the people whom he interviews. He has spoken with notable celebrities, including “American Idol” finalist Robbie Rosen, singer Gabrielle Ross, Netflix’s “Tiger King” star Rick Kirkham and actor David Henrie, best known for his role as Justin on Disney Channel’s “Wizards of Waverly Place.”

“It would be a dream job to be part of the commentary team for WWE,” he said.

His mom, Jodi Turk-Goldberg, who has worked in production her whole life, starting with “Inside Edition” in 1989, said that while her experience in television has mostly been behind the scenes, “Charlie is in front of the camera. He loves it.”

“He’s really funny,” she said, “and has a unique sense of humor. He doesn’t need a script.”

Because she has experience in the field that Charlie is pursuing, she said she did help him at first, showing him how to call and book guests.

“He’s going to have to work his way up,” she said. “But he just loves to entertain.”

Additionally, Goldberg has also worked with Judy Goss, a television host for QVC and host of AWE’s “Behind the Gates NYC.”

Goss, who shared that Goldberg had worked with her as a production assistant, said, “He was very dedicated to what he was doing.”

Goss said that because of the pandemic, she has been doing all of her QVC airings and production work from home, including sound and lighting. Because of this, the work can be intense and an all-day ordeal.

About Charlie, she said, “He will be perfect for the entertainment industry. He wasn’t fazed by the odd working hours.”

After graduation, Goldberg plans to continue his presence in the media at Newhouse, and will likely continue to maintain his channel when he has time and during breaks from school.

“In these times, people need a source of entertainment,” Goldberg said. “I just want to put a smile on people’s faces.”