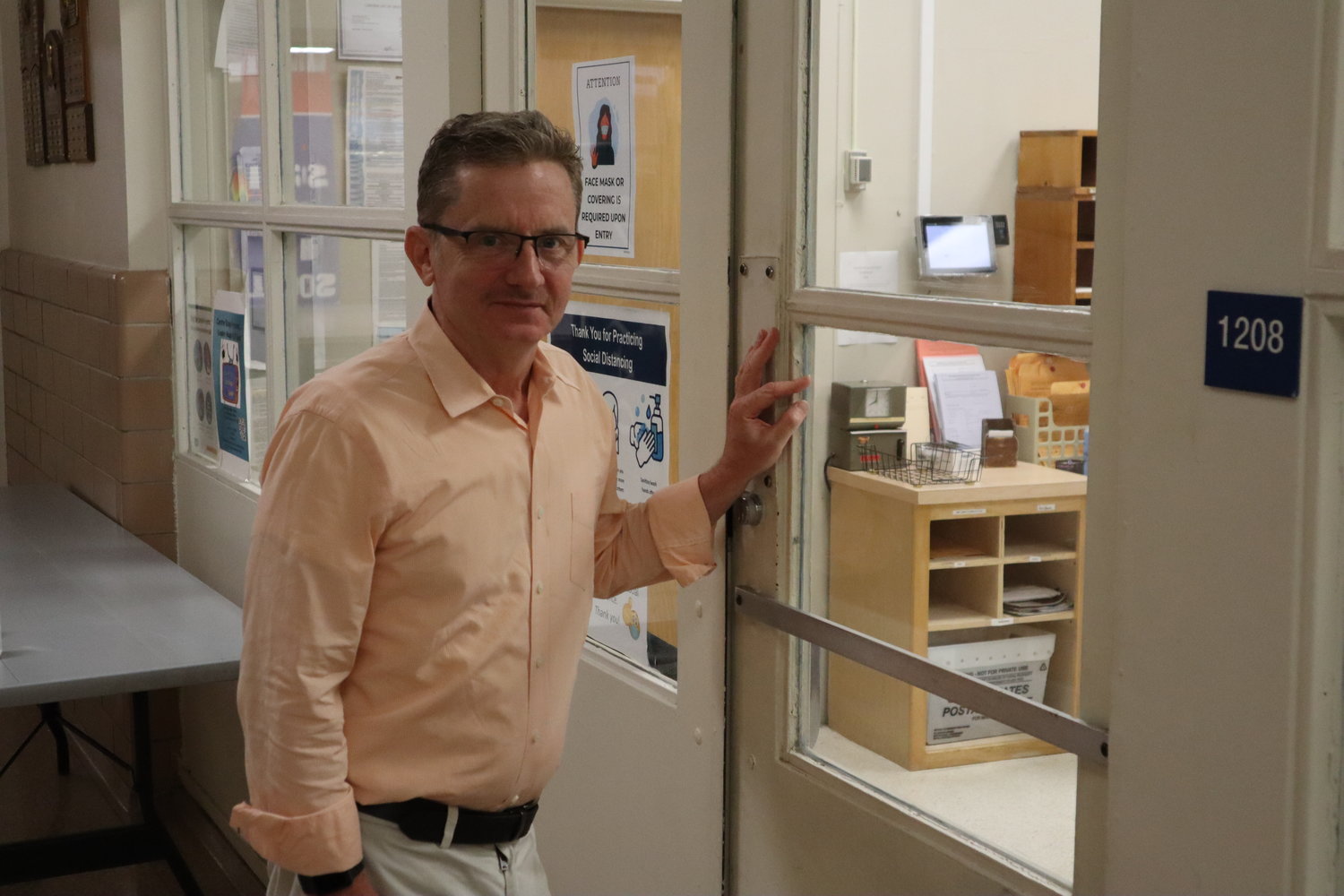 Concern for student safety and security remains a top priority in the Rockville Centre school district, which has continued to look for ways to update and modernize its facilities to prepare for the possibility of a school shooting.

The efforts to improve security come less than eight months after a gunman shot and killed 19 students and two teachers at Robb Elementary School in Uvalde, Texas.

At the district Board of Education’s Jan. 5 meeting, John Murphy, the assistant superintendent for human resources, gave the trustees an update on what he describes as a myriad of upgrades made at district schools, including the recent implementation of the Rave Mobile Safety application, which has helped to make the facilities more secure.

Rave Mobile was first presented to school officials last September during a talk by Nassau County Police Commissioner Patrick Ryder, which focused on accessing the tools to “prevent and respond” in the event of a shooting.

“It’s all about time,” Ryder explained. “Slowing the shooter, getting the cops there faster, protecting people inside the building. And that’s how we save lives.”

Murphy said that the average response time for police using the Rave app is just 1½ to two minutes — significantly faster than the average 911 response time. The app essentially serves as a panic button for a school, alerting the nearest police of a situation on campus. The intention is to help provide law enforcement with access to the building, even if backup units have yet to arrive.

District Superintendent Matt Gaven said that Ryder had gone “above and beyond” to keep school officials aware of the Nassau County Police Department’s latest tactics as they evolve.

“The system not only changes, the guidance sometimes changes,” Gaven said. “What they recommend tactically in different situations changes from time to time as the police learn things.”

In November, members of the Rockville Centre Police Department, the NCPD, and the Department of Homeland Security conducted a series of walk-throughs of the schools to make their presence known, and to ensure that specified school personnel who are equipped with the app understand how to operate it if and when that becomes necessary.

“The walk-through has been informational because when we’re going through these protocols, there is a lot of conventional wisdom that changes from day to day,” Murphy said. “Something as simple as locking the door can be subject to different interpretations, and the police departments have been great sounding boards, as well as verifications for that information.”

Murphy said that he is currently working with Sgt. Peter Pellegrino of the Rockville Centre department on planning drills to better prepare students and staff for what they should do in a worst-case scenario involving an active shooter.

Murphy also indicated that the administration is working with Northwell Health to coordinate what he referred to as “Stop the Bleed” training.

“The worst-case-scenario drills will take on a slightly different feel in different schools, depending on the age of the children,” Murphy explained, adding that the drills may be initiated at atypical times to reflect real-life situations’ uncertainty. “Not that you’re ever going to cover all eventualities, but you can look for the holes in the system and learn from each of them, both in terms of response time, and who did listen and who didn’t.”

As part of the district’s recent security upgrades, more than 100 cameras have been swapped out for newer, higher-resolution models, which can be accessed by police in a major emergency, and new security booths have been installed at the high school.

These security upgrades, which may include the installation of a video intercom system and additional cameras outside the school buildings, Murphy said, are designed to help maintain an atmosphere that is safe while still conducive to learning. “The schools have to be safe, but they’re not lockdown facilities,” he said. “Everything is not cataclysmic.”

For Rockville Centre schools, the national debate over hiring armed security personnel is largely irrelevant, according to Murphy, since the response by trained police officers is so fast.

“It’s an evolutionary process,” he said. “The thing about security training is that you can’t say we have everything, because the system changes and we have to learn to be flexible.”

The district is also discussing several ways to address other safety issues, including training students in CPR. Murphy said that while they would not be certified in resuscitation skills, the intention would be to give them more confidence in themselves and the schools.