Molloy College ranked as one of America’s safest schools 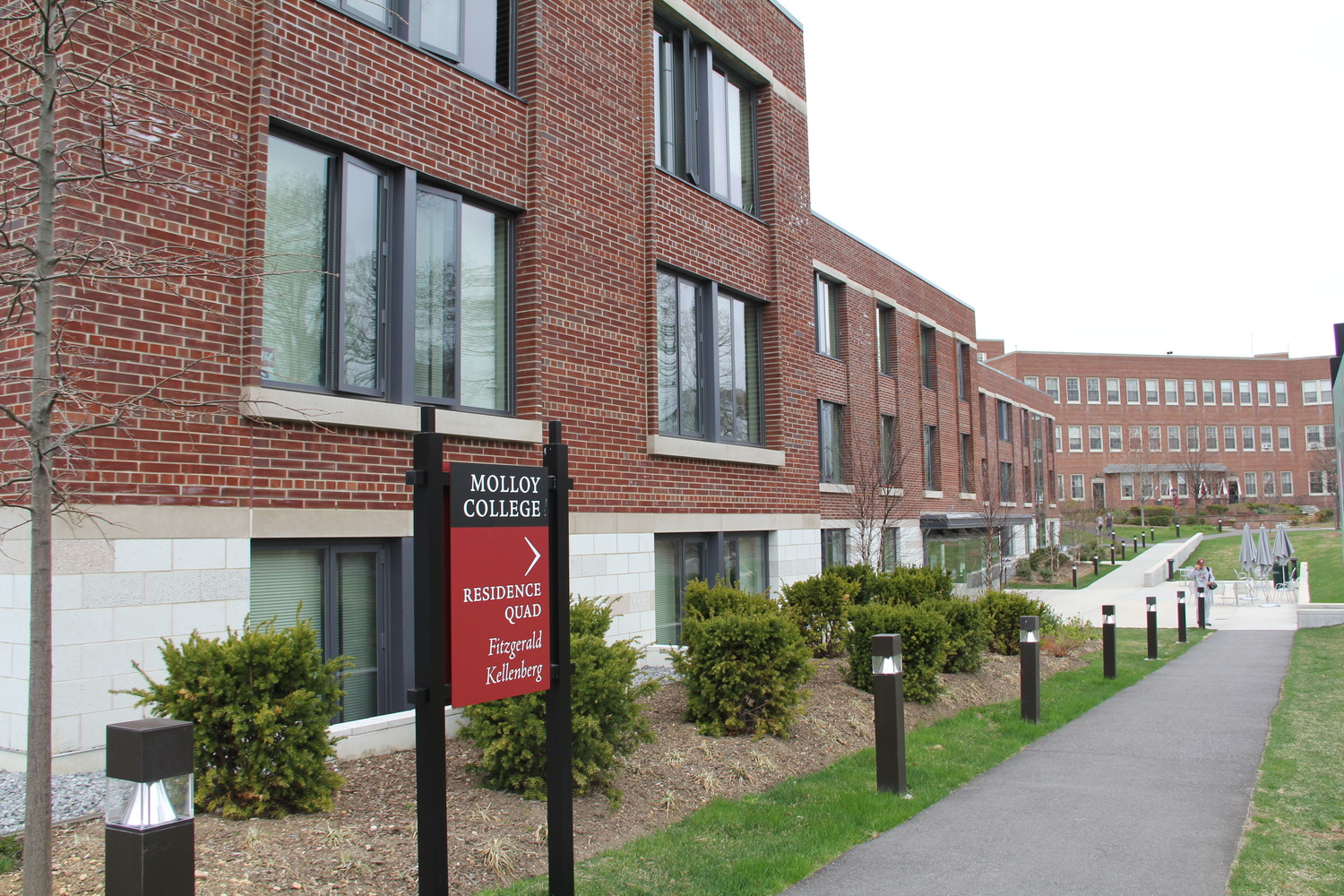 Molloy was named the No. 2 safest college campus in America by Niche.com.
Christina Daly/Herald
By Ben Strack

Rockville Centre parents set to kiss their kids off to college next year may be happy to find out one of the safest colleges in the country is in their own backyard, according to a list released by Niche.com. Of course, if their children have already accepted offers to Ohio State or Alabama, then good luck.

Molloy landed No. 2 on the college ranking website’s 2018 list of Safest College Campuses in America, and was one of just two New York schools in the top 50. It was second only to Bay Path University in Longmeadow, Mass.

“We are very pleased to have been named the nation’s #2 college for safety,” Brian Connors, Molloy’s assistant director of public safety, wrote in a statement. “…I would say that campus safety – particularly for our students – is something that is of utmost importance to the faculty and staff, not just Public Safety. It is a responsibility that we all take very seriously.”

The ranking is based on key statistics — crime rate, residence hall violence and rape rates and drug- and alcohol-related arrests — as well as student reviews using data from the U.S. Department of Education. Top-ranked colleges offer a safe and healthy environment for little or no campus crime, drugs, or alcohol usage, according to Niche.com.

The independent Catholic college in Rockville Centre was founded in 1955, and serves roughly 4,900 undergraduate and graduate students. Its place on the list may be surprising considering its proximity to Hempstead, which has had staggering crime rates compared to other communities in Nassau County.

Over the last decade, the Hempstead Village Police Department has responded to more violent crimes each year than any other local police force on Long Island — excluding Nassau and Suffolk police — peaking at 482 violent crimes in 2009, according to statistics by the state’s Division of Criminal Justice Services. Violent crimes include murder, rape, aggravated assault and robbery.

Molloy is a mile from the intersection of Linden Avenue and Linden Place, one of the epicenters of gang violence between the Bloods and the Crips, as outlined in “The Triangle,” a book by crime reporter Kevin Deutsch released in 2014.

Connors credited the high ranking to Molloy’s public safety officers, many of whom, he said, have prior law enforcement. He also pointed to the training these officers receive, as well as training provided to the community, covering topics such as fire drills, residence hall safety, and helping students understand, avoid and prevent relationship violence.

“The Village of Rockville Centre remains a very safe and sound community and one of the safest communities of its size in New York State,” Gennario said in a statement. “…Molloy also has an excellent security team that is in tune with local conditions.”