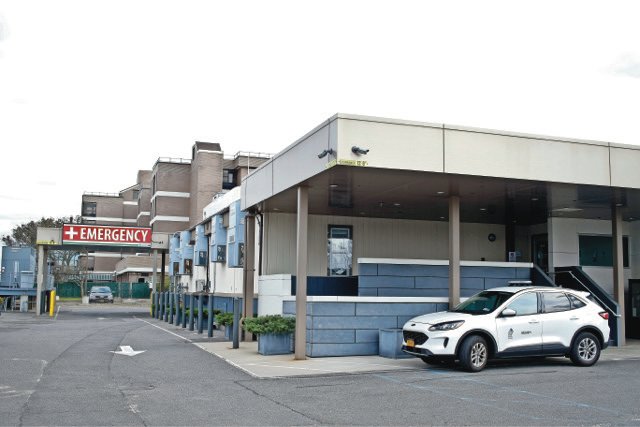 Gov. Kathy Hochul announced Thursday that Mount Sinai South Nassau's Emergency Department in Long Beach would reopen at 7 a.m. Friday, after shutting down Monday because the hospital was short of nurses.

The announcement came after a week of bitter protests by Long Beach and state officials, who were furious at the abrupt shutdown of the only Emergency Room on the barrier island. City and state officials had flooded Hochul's office with messages demanding that the ER be reopened.

In an announcement, Hochul's office said, "The New York State Department of Health quickly responded and worked closely with hospital officials and local community leaders to reopen the Emergency Department to 24/7 services."

The Department of Health, her office said, would "continue to monitor the situation."

State Sen. Todd Kaminsky, a Long Beach Democrat, said in a statement that 1199 SEIU, which represents nurses and hospital personnel, played a role in the reopening. Kaminsky said Thursday night that the parties to the negotiations agreed unionized 1199 workers at Mount Sinai's New York City medical centers would be able to work at the hospital network's Long Island facilities, which are not unionized.

"I said to everybody there has to be a way to work this out," Kaminsky said in an interview. “Everybody got it."

Hochul said,"As your governor, I will ensure the state does everything we can to alleviate the stress on hospitals and emergency-care facilities, so health-care facilities, please continue to alert us when you are struggling."

"I want to thank Mount Sinai South Nassau and local community partners for working with us to restore ER services and continue providing high-quality care to the residents of Nassau County. The Department of Health will keep working closely with hospital and local officials to monitor and troubleshoot any future potential staff shortage issues," Hochul said.

MSSN President Dr. Adhi Sharma said the reopening "is the result of an extraordinary effort from Governor Hochul, New York State Department of Health, our elected officials and our incredible team of front-line providers and staff.  We are grateful for the support we received from so many individuals to make this happen and reopen for our community."

Earlier in the week, MSSN officials said the facility would be closed temporarily, but that it was likely the facility would not reopen for a month. MSSN had stationed an ambulance at the Long Beach ER to assist residents arriving at the facility, but local elected leaders said that wasn't good enough.

Long Beach officials held a protest Tuesday night outside the ER, calling on the governor to act.

Kristin Proud, the state Department of Health acting executive deputy commissioner, said, "Ensuring convenient access to critical emergency care is a top priority of Governor Hochul. I thank the Mount Sinai leadership and staff and local leaders for coming together and working closely with the Department of Health to quickly restore emergency department access to the residents of the Long Beach Barrier Island. The department will continue to monitor the [MSSN] Long Beach facility to ensure ongoing access to emergency care for the residents of Long Beach."

State Assemblywoman Missy Miller, a Republican from Atlantic Beach, said, "The closure had the potential to put patients at risk, and I'm grateful that Mount Sinai, the New York State Health Department and Governor Hochul heard our pleas and worked to find a solution to reopen this very much needed facility."

Hempstead Town Supervisor Don Clavin said, "Thank you to Governor Hochul for listening to our concerns and working with Mount Sinai and the community to reopen the Long Beach Emergency Department that serves the entire barrier island, which also includes the Town of Hempstead communities of Point Lookout, Lido Beach, East Atlantic Beach and the Village of Atlantic Beach."

Long Beach City Council President John Bendo said, "We thank Governor Hochul and all our other elected officials for recognizing the urgency of the moment and the absolute need to have adequate emergency medical services on the barrier island. Our productive and collaborative efforts, along with the strong advocacy of our citizenry, resulted in the full restoration of these services. Today, we have much to be thankful for."

Nassau County Legislator Denise Ford said, "I want to extend on behalf of my communities a heartfelt thank you to Governor Hochul. Our governor clearly understands the importance of the [MSSN] Emergency Department on our barrier island, as she took decisive action in getting it reopened. This is a true example of when we work together, we can accomplish positive outcomes."