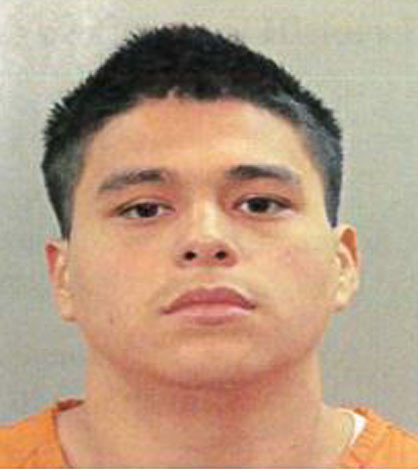 A member of MS-13’s Hollywood clique pleaded guilty to murdering 15-year-old Angel Soler, a one-time Freeport High School student, in July 2017 and was sentenced to 23 years to life in prison on Monday, according to Nassau County District Attorney Madeline Singas.

The district attorney had recommended 30 years to life in prison for Lopez.

On July 21, 2017, at around 5 p.m., Soler took off from his Roosevelt home on his green bicycle. Hours later, he was hacked to death with machetes in the woods off the Southern State Parkway, between Baldwin and Roosevelt, by members of the notorious El Salvadoran gang MS-13, or Mara Salvatrucha, according to authorities.

“Dennis Lopez and his co-defendants helped lure innocent 15-year-old Angel Soler into the woods and relentlessly hacked him to death,” Singas said. “This young man’s family had to endure three months of not knowing where Angel was, until his body was found in a remote area and covered in concrete.

“Due to extraordinary detective work,” she continued, “we were able to locate Angel’s body and arrest those responsible for his murder. With today’s sentence, we’ve held Dennis Lopez accountable for his heinous actions, and we are ready to try his co-defendants for this senseless murder.”

Soler’s remains were discovered Oct. 19, 2017. He also suffered blunt-force trauma to the head.

The alleged head of the Long Island chapter of the Hollywood clique, David Sosa Guevara, a.k.a. “Risky,” and Victor Lopez were previously indicted for Soler’s murder. A fourth defendant, Josue Antonio Figueroa Velasquez, was arrested by members of the Nassau County Police Department in May of 2018, and a fifth defendant, Kevin Morales Lopez, was arrested in August 2018, both on murder charges related to Soler’s death. Their cases are pending.

Cooperating in the investigation were the NCPD, the Department of Homeland Security, Drug Enforcement Administration and New York State Troopers.

The case is being prosecuted by members of the Special Operations, Narcotics and Gang Bureau and the Major Offense Bureau. Lopez was represented by Megan Rha, who could not be reached at press time.