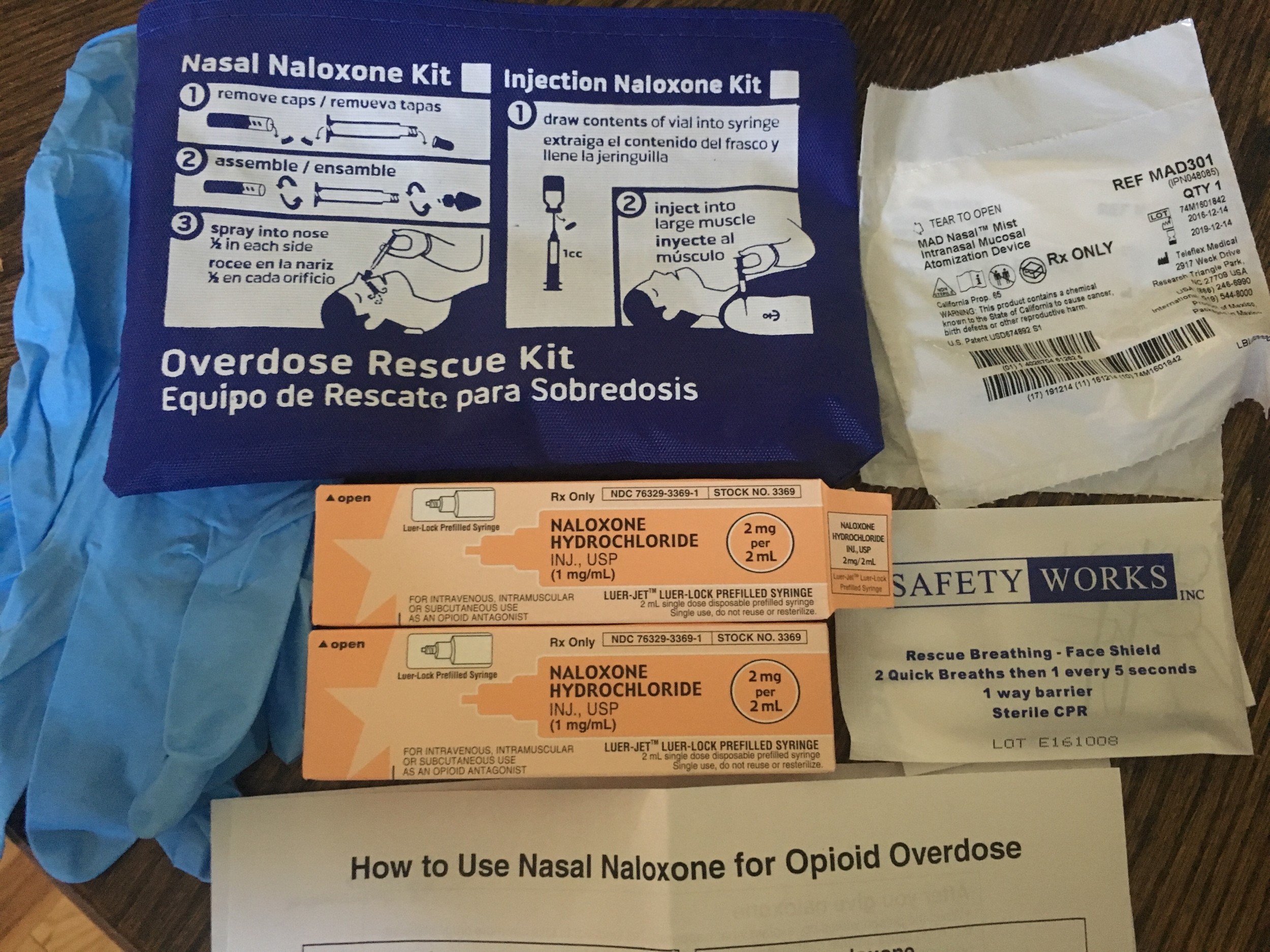 About 50 people were trained to use Narcan — an antidote for opioid overdoses — at New Horizon Counseling Center in Valley Stream on June 8.

The New Horizon Counseling Center, which has offices in Nassau, Suffolk and New York City is licensed by the New York State Office of Alcoholism and Substance Abuse to treat substance abuse.

The county’s prevention program has trained and certified more than 8,600 civilians in the use of Narcan over the last four years.

Narcan, or naloxone, is used as an antidote for opioids and may be administered in two forms: by injection in the upper arm or thigh or by nasal spray. Since April 2006, it is legal for non-medical personnel to carry and administer in New York State.

Similar to the way beta blockers work to mediate the body’s stress response, Narcan, or naloxone, blocks opioid receptors in the brain, temporarily relieving the effects of an overdose. When successful, this keeps the body functioning long enough to get the victim to a hospital. Warning signs of an opioid overdose are unconsciousness, shallow, slow or no breathing at all, gurgling sounds, lips, fingernails skin turning blue and non-responsive to stimulation.

John Priest, a firefighter from East Meadow spoke about the loss of his son in 2012 from a drug overdose. Priest is now an advocate for heroin awareness and describes the war on drugs as an epidemic.

Three addicts in recovery also told the audience their stories.

“It’s about staying clean one day at a time,” said a former addict, who said she still struggles with staying clean.

Two former addicts spoke about a prescription that has aided in their recovery. The drug Vivitrol is a Federal Drug Association-approved shot used to treat opiate addition. Vivitrol helps to reduce the urge to use and can often aid in the recovery process. The drug, which must be prescribed by a doctor, works by capping the opiate receptors in the brain, quieting the disease in a user’s mind, and increasing adherence to treatment.

Vivitrol requires a complete psychological evaluation and the user should be opiate-free for 5-10 days before starting Vivitrol. The treatment lasts approximately 12-15 months. The Nassau County Department of Human Services holds a Vivitrol Education and Support Group every Tuesday from 7-9p.m. at St. Bernard’s Church in Levittown.