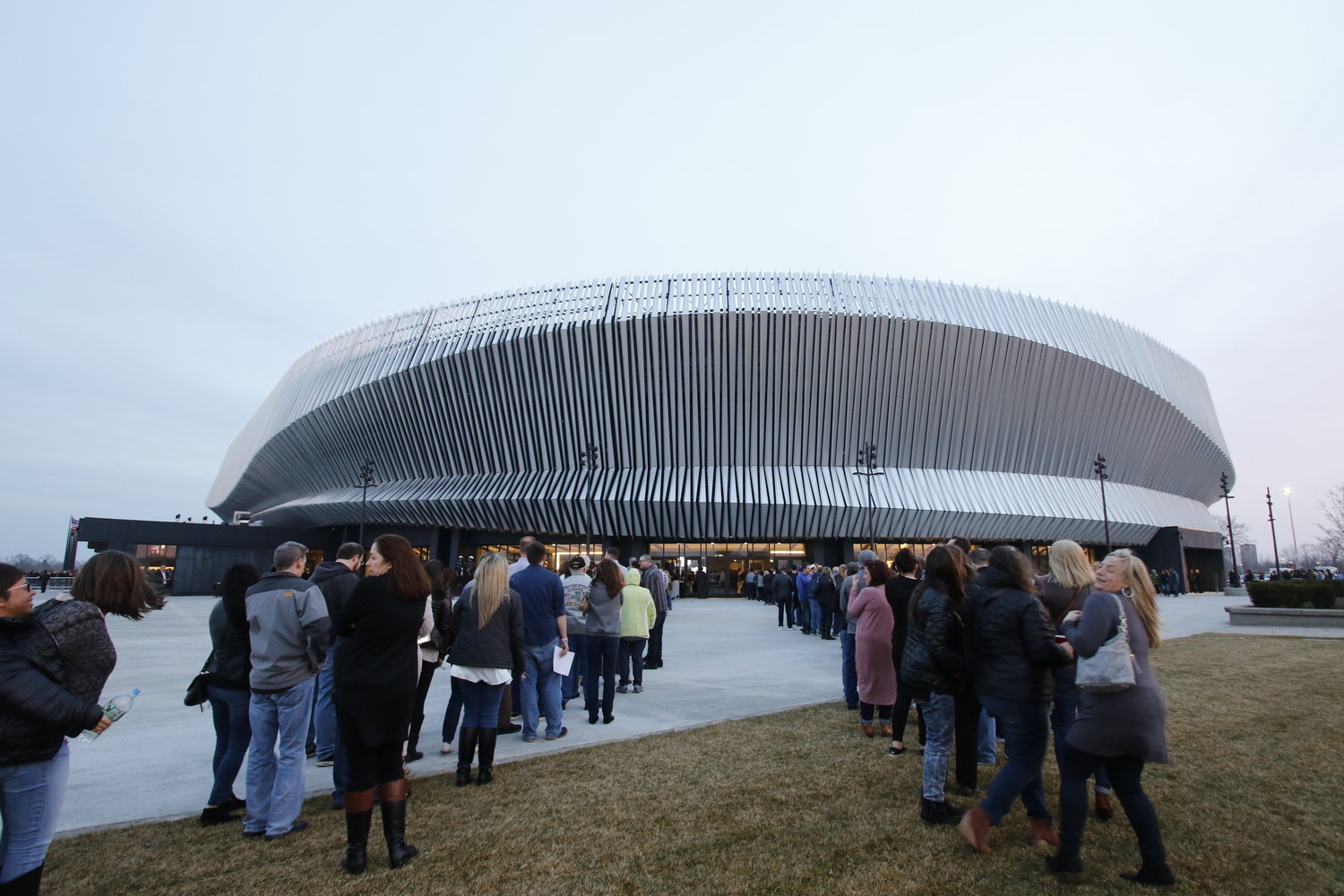 Onexim Sports and Entertainment is handing over control of Nassau Coliseum and the Nassau Hub development to its lender, the U.S. Immigration Fund.
HERALD FILE PHOTO
By Brian Stieglitz

Nassau Coliseum has a new leaseholder after its former tenant Onexim Sports and Entertainment defaulted on payments and handed control of the arena and the Nassau Hub development to its lender, the U.S. Immigration Fund.

County Executive Laura Curran announced last week that the U.S. Immigration Fund, which is running the Coliseum under the name Nassau Live, is ready to reopen the Coliseum once Gov. Andrew Cuomo permits the resumption of large sporting and entertainment events.

The deal reached between the two parties recovers $2.2 million in overdue rent owed to Nassau County by Onexim, which ran the Coliseum under the name Nassau Events Center.

Roughly a month ago, Onexim first announced that it was searching for a new party to take control of the Coliseum and would keep the Uniondale arena shuttered until then.

According to a statement provided by Onexim, the Coliseum saw a “devastating effect” from the loss of revenue usually acquired from New York Islanders hockey games, in addition to canceling all planned concerts and events.

USIF is based out of a Jupiter, Florida and run by Nick Mastroianni II. Although not directly tied to the U.S. government, USIF created a $100 million loan for the Coliseum renovation soliciting 200 Chinese investors through a federal program that grants visas in turn for job-creating projects.

Bruce Ratner, owner of Forest City Ratner, sold the Coliseum lease to Onexim in 2015 and developed the financing program. Mastroianni then secured the loan under another company called Nassau Coliseum Funding 100.

Following the lease transfer, the county granted USIF a 60-day grace period, in which it must create and present a plan for sustained Coliseum operations. During that time, the county will not issue a notice of default if the rent is not paid.

The Nassau County Legislator unanimously approved the transfer of the lease to USIF, with support from the Town of Hempstead and the Hub Community Benefits Advisory Committee. However, the legislator is pending approval of the substitution of Nassau Live as a partner with RXR Realty on the development of the 72 acres surrounding the Coliseum, known as the Nassau Hub.

The lease transfer also means the return of the New York Islanders and the Long Island Nets to the Coliseum in their 2020-21 seasons. The Islanders will continue to compete at the Coliseum until October 2021, when their new home in Belmont is set to open.