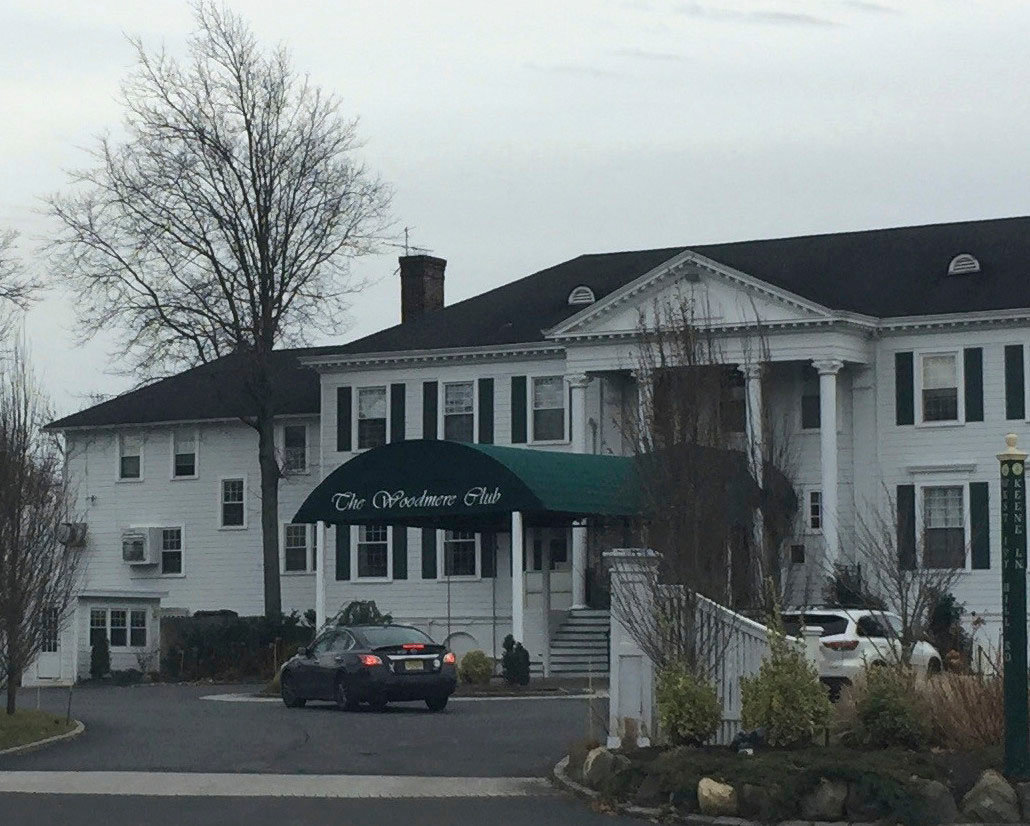 The Nassau County Department of Public Works Planning Commission declared itself the lead agency on the proposed development of the Woodmere Club.
Jeffrey Bessen/Herald
By Tyler Marko

The Nassau County Department of Public Works Planning Commission on Jan. 31 named itself the lead agency in the State Environmental Quality Review Act study on the proposed development of the Woodmere Club.

SEQRA requires the approving governmental body to identify and mitigate the significant environmental impacts of the activity it is proposing or permitting, in this case the subdivision of the country club’s golf course into residential lots.

In the environmental assessment form complied by David Wortman of VHB Engineering, on behalf of the club owners, Efrem Gerszberg, of 2020 Acquisitions, and Robert Weiss, of Weiss Properties, it states the intention to build at least 285 single-family residential lots on the 118-acre Woodmere Club. Willow View Estates is being used as a placeholder name for the proposed project.

According to the assessment, the homes that would be built will be part of both the Hewlett-Woodmere and Lawrence school districts, the Lawrence-Cedarhurst and Woodmere fire departments, Nassau County Sewage Disposal District 1 and 2, and Lawrence Village Sewer with the waste being sent to the Bay Park Water Reclamation Facility. New York American Water will service the area, and the total anticipated water usage is 94,050 gallons per day.

In recent legal actions, the Town of Hempstead’s moratorium on development at private golf clubs was declared illegal, but the town is appealing and considering extending the moratorium as the last extension expires on Feb. 23.

That action was brought by the owners of the Woodmere Club, who are also suing the Village of Woodsburgh over a ban about subdividing property in the municipality. That 180-day moratorium began in late October.

The Town of Hempstead has also enlisted Frederick P. Clark Associates, of upstate Rye, to review the feasibility of creating a park district using club land. A park district would be supported by taxes from its residents.