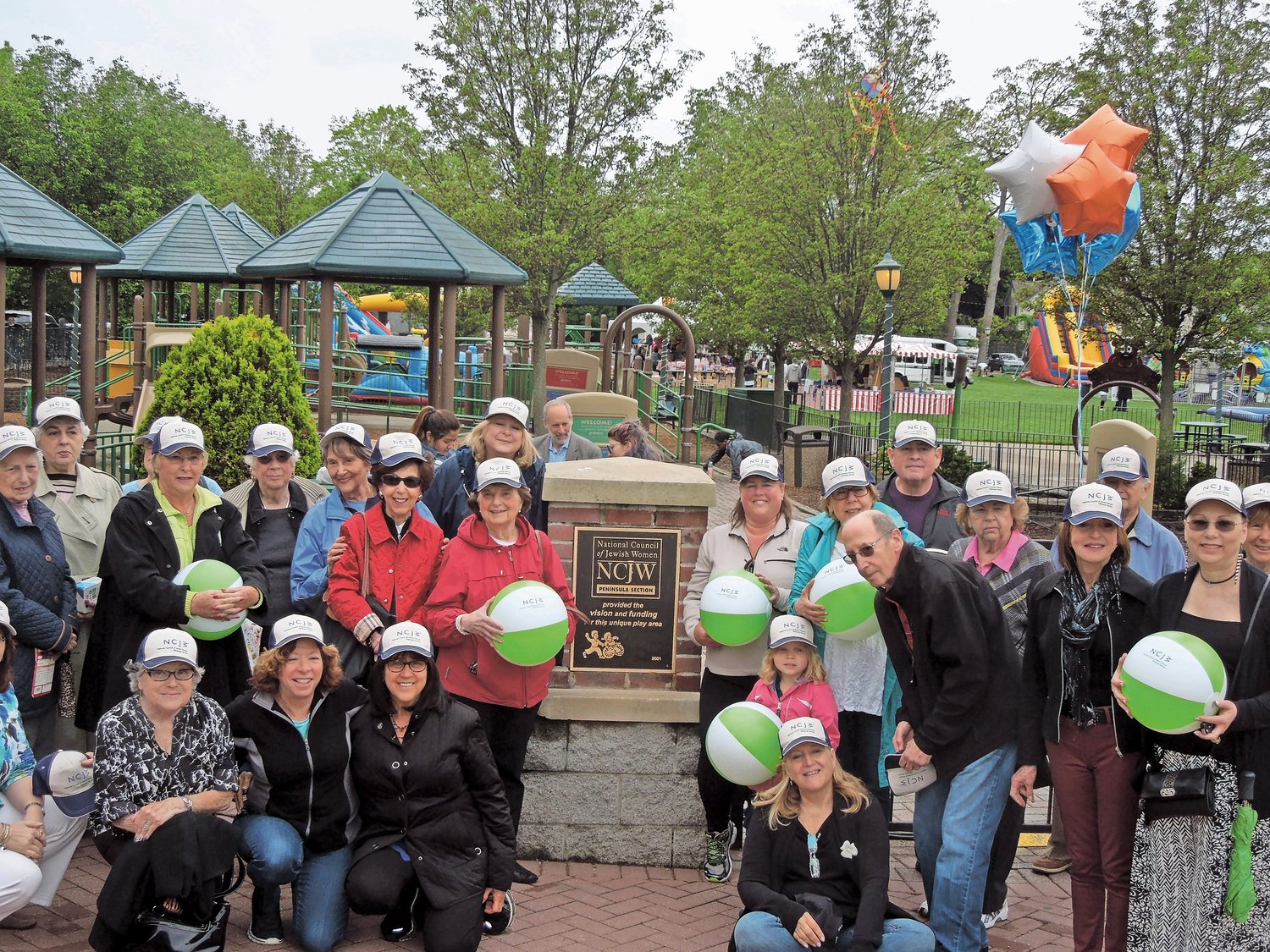 The Lawrence-based chapter of a national Jewish women’s organization is celebrating its 85th anniversary of fighting for social justice and aiming to improve the quality of life for all by protecting individual rights and freedoms.

The women that are involved are really passionate about what they do.”
Joan Ivler, past president
By Lisa Margaria

The Lawrence-based chapter of a national Jewish women’s organization is celebrating its 85th anniversary of fighting for social justice and aiming to improve the quality of life for all by protecting individual rights and freedoms.

The National Council of Jewish Women Peninsula Section was founded on Oct. 7, 1936, by a group of women with a goal to educate, advocate for and help others.

It has since grown to nearly 800 members. It sprang from the National Council of Jewish Women, which was founded at the Chicago World’s Fair in 1893 by Hannah Solomon and a group of volunteers. The NCJW now has 60 sections nationwide.

Inspired by Jewish values, the sections advocate for women, children and families and raise awareness of issues such as violence prevention, human trafficking, reproductive rights and voter registration by hosting educational events and programs and through community service.

Membership is open to all, regardless of gender, race or religion. Since its inception, the Peninsula Section has made an impact.

In the 1940s, it established the Five Towns Child Care Center, a program for children whose mothers entered the World War II work force, and the Ship-a-Box program, which supplied children in Europe and Israel with toys, books and educational material.

The Peninsula Section Thrift Shop, which, according to its website, “has provided hundreds of families with quality, affordable merchandise,” was founded in 1950, and remains a fixture on the first floor of the building at 342 Central Ave. in Lawrence that the organization occupies, with its offices on the second floor since the 1980s.

In 1956, the Peninsula Child Counseling Center, a program to assist children and families in need of emotional help, was created.

Volunteers focused on youngsters and seniors in the 1960s, becoming more involved with the Peninsula Educational Nursery for Three Year Olds and Preschool Vision Screening, and helping sponsor the Inwood Senior Care Center.

In the 1970s, more programs were added to the section, membership grew and members advocated for, and then celebrated, the Roe v. Wade decision that protected women’s reproductive rights.

In the 1980s, Peninsula took part in NCJW’s New York City Mothers in the Workplace campaign and the Washington, D.C., march for the Equal Rights Amendment, expanded the thrift store and purchased its first computer.

The 1990s were filled with education and advocacy, as the section promoted voting, taught English to Russian toddlers, held its first Women’s Health Forum and started an intergenerational reading program at James A. Denver Elementary School in Valley Stream.

In the 2010s, Peninsula opened the Back 2 School Store, a pop-up department “store” where low-income and special-needs children could “shop” for clothing, sneakers, winter coats and supplies-filled backpacks at no cost.

Covid shook things up in 2019, but Peninsula has tried its best to continue its charitable efforts in the 2020s. Because it has been unable to hold the Back 2 School Store in person, the bulk of its inventory was donated to Island Harvest for distribution.

Peninsula has remained unable to resume some of its regular programs, such as preschool vision and dental screenings and Intergenerational Reading.

“It’s sad,” Administrator Bonnie Sperry said, “but we can’t wait for the day to get back and do it. We’re serving the community in any and every other way that we possibly can.”

Last summer, Peninsula teamed up with the Five Towns-based Marion & Aaron Gural JCC to help with its food drive, donating nearly $4,000 worth of food.

The thrift shop has remained the biggest fundraiser, reopening in June 2020 thanks to dedicated volunteers. Covid has changed the way the organization operates, with program meetings held on Zoom ever since.

“We’ve had to do a lot of these via Zoom,” Sperry said, “but in a way, it opened it up to so many more people that might not be able to attend in person.”

Peninsula members have chosen to keep Covid precautions in place, and to combine the 85th anniversary celebration with an annual Founder’s Day event, usually held in October, when they honor someone within or outside the organization. They now hope to celebrate both milestones in person next June.

On Oct. 14, nearly a dozen Peninsula members received a proclamation from State Sen. Todd Kaminsky outside the Hewlett-Woodmere Public Library. Section President Myra Garber was thrilled by the recognition.

“We often say we’re the best-hidden nonprofit,” Garber said. “It’s nice that our name is put out there. We do so many good things.”