Budget has not been increased in 15 years, says NCCFT 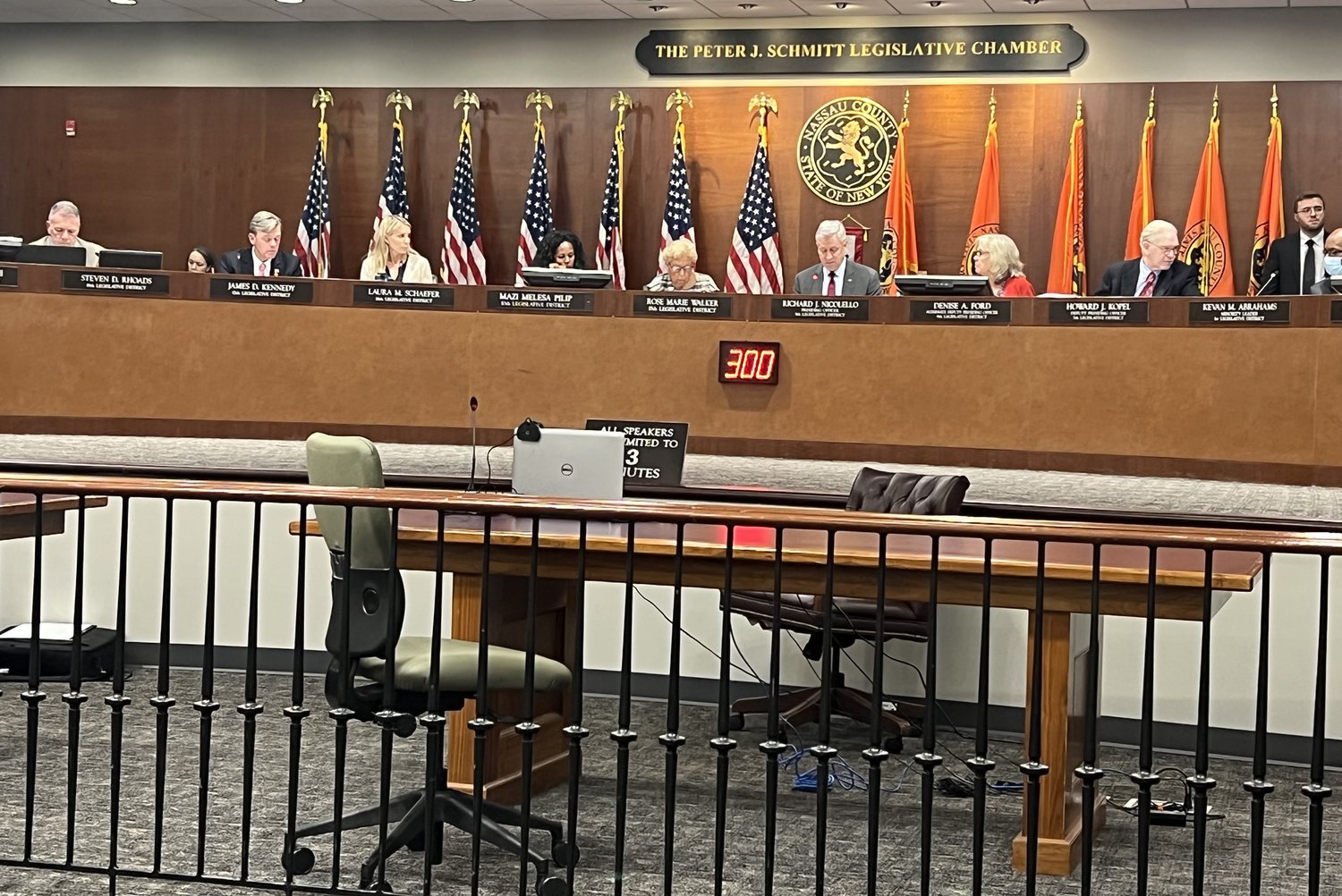 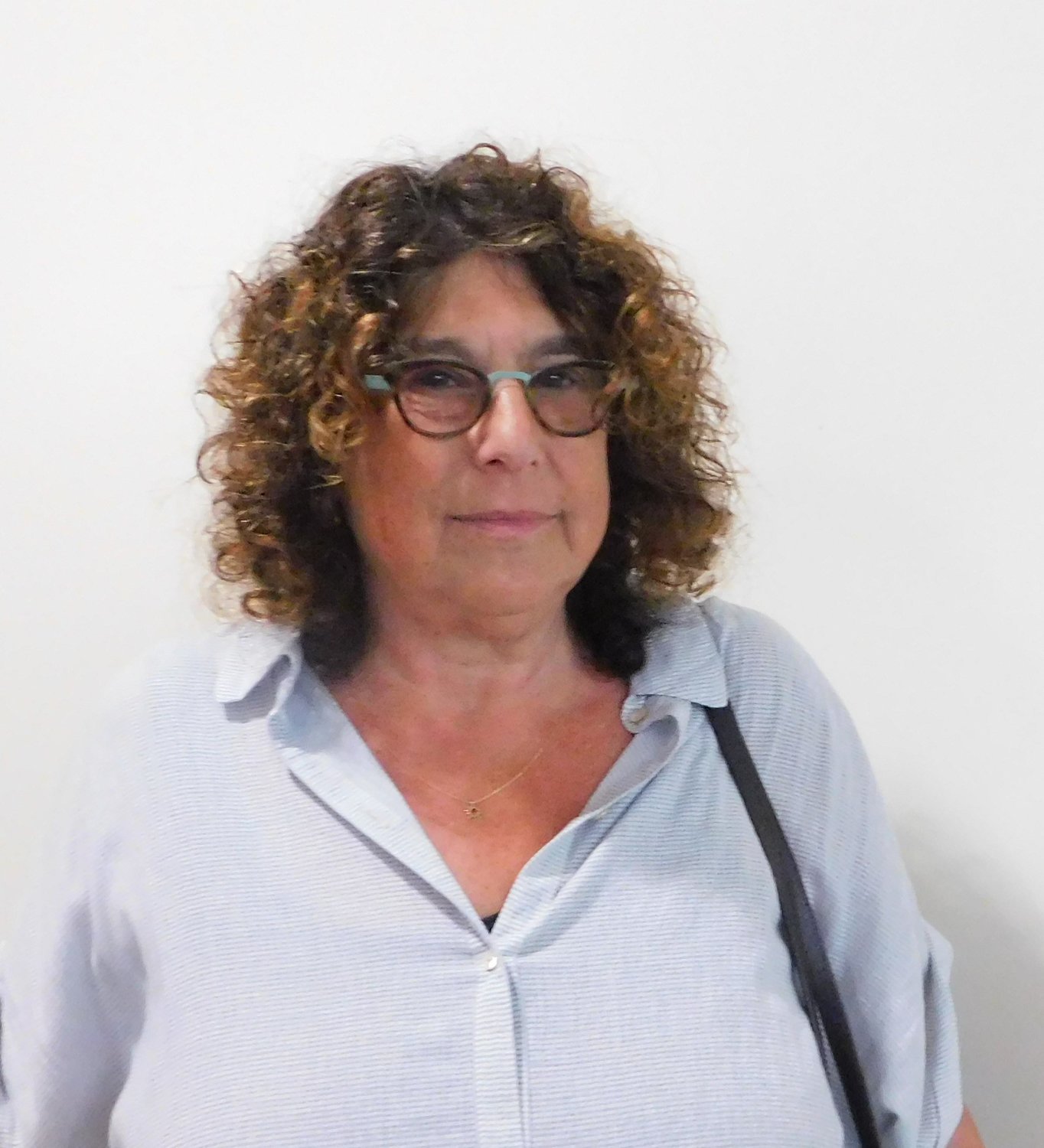 Faren Siminoff, president of the Nassau Community College Federation of Teachers, and her colleagues in the union, argue for an updated strategic plan that includes expansion of academic programs.
Reine Bethany/Herald
Previous Next
By Reine Bethany

Rain canceled their rally at the Nassau County Legislature on Monday, but for members of the Nassau Community College Federation of Teachers, their issues with the school’s new budget have not been washed away.

The core question for the teachers federation, Nassau Community College’s union for full-time staff, is whether the $52 million budget approved Monday by the Nassau County Legislature can sustain the college and help it grow.

“The budget is very unrealistic,” said teachers federation president Faren Siminoff. “We haven’t gotten an increase in 15 years. That means the $52 million — I’m not saying it’s not generous — but that same $52 million from 15 years ago is now worth about $32 million.”

In theory, said teacher federation secretary Susan Kaebnick, New York state and Nassau County are each responsible to supply about a third of NCC’s budget. The rest is meant to come from tuition.

In fact, said physical sciences professor Dave Stern, “The county provides about 23 percent to 25 percent of our budget.”

Stern is the teacher federation’s vice president for classroom faculty.

The frozen county funding caused missed opportunities for meeting student demand, according to a news release sent out by the teachers federation prior to the legislature’s vote.

The news release quoted Joan Buckley, chair of NCC’s nursing department. “The nursing department has had to turn away applicants for lack of full-time teachers,” Buckley said, noting also that currently the nation is experiencing a shortage of nurses.

The news release also said Gary Klinger, chair of the Department of Allied Health Sciences, had a chance for his department to develop a diagnostic medical sonography program in partnership with Northwell Health — but the administration and the board of trustees would not hire the full-time faculty the program would require.

Although the college administration is hiring some full-time faculty, Siminoff said, they are mostly replacing professors who retired, rather than augmenting the full-time roster.

Stern told of the frustration caused by lack of full-time staff in the theatre and dance department.

“We’re only 30 miles from Broadway,” Stern said, “and our outdated theater building was built in the 1960s, but our performances have been rated No. 3 in the quality of productions for this entire area. Yet we no longer have full-time academic positions for teaching theatre or dance.”

Siminoff stated that the theater and dance enrollment rose 19 percent during 2021-22, and without full-time faculty, the program’s accreditation from the Middle States Association could be jeopardized.

A factor that could imperil NCC’s accreditation, said Stern, is that its strategic plan has not been updated in three years. The college president’s office and staff are responsible to develop the plan and the board of trustees has to approve it.

“The budget is supposed to be supported by the strategic plan,” said Stern. “The question is, what is this current budget based on?”

Stern also warned that supplemental money from the federal Higher Education Emergency Relief Fund has balanced the budget of community colleges, including NCC, but will run out soon. The newly approved budget does not have a strategic plan to make up for it, even though such a plan is a requirement of the Nassau County Office of Legislative Budget Review.

A deeper issue involves the mission of NCC. The teachers federation sees a shift by NCC’s interim president, Maria Condatti, toward favoring vocational training, like that offered by the county’s Board of Cooperative Educational Services.

But NCC’s longtime mission has been to act as an academic transfer institution to four-year schools. NCC has partnered with Empire State College to help its nursing students earn bachelor’s degrees.

Statements by NCC vice president for advancement Ken Kerrigan and NCC board of trustee member George Siberon did not directly address the union’s issues.

“I think we’re really pleased that the legislature saw it prudent to continue our budget as proposed,” said Kerrigan, “and be able to fund the college with the resources it needs for the next fiscal year.”

“The legislature asked all the questions they should ask and the budget was approved as is,” Siberon said. “It does not have any increase in tuition. We can always use additional funds.”

Conzatti’s office released a statement that under her new leadership and her newly assembled administrative team, “the college will be developing new academic and vocational opportunities to meet the needs of the communities we serve in fulfillment of our mission.

“We look forward to collaborating with our local school districts and community organizations, as well as with our partners in government.”