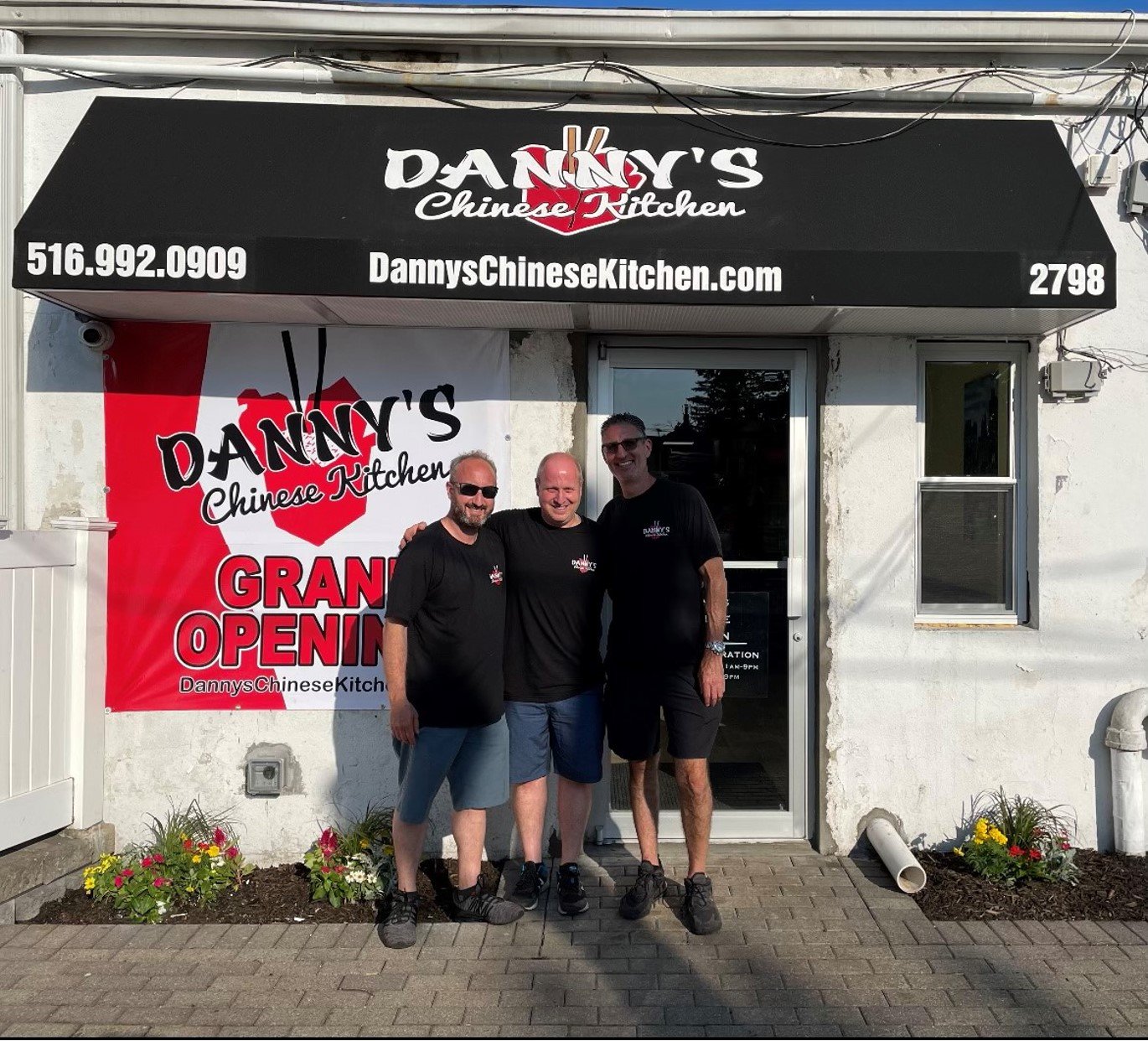 “I would tell anybody who wants to open their own business that there is nothing more rewarding than putting your blood, sweat and tears into it and having it work.””
Danny Antin, co-founder Danny’s Chinese Kitchen
By Tom Carrozza tcarrozza@liherald.com

Long Island entrepreneurs Danny and David Antin did not just weather the pandemic with their business Danny’s Chinese Kitchen, they have grown during it. In late June, they brought the brand to Oceanside as the long-awaited third location finally was able to open.

Oceanside was originally planned as the second location for the growing brand, though Massapequa would end up hosting the second restaurant in 2020 when the brothers purchased a restaurant there to make the transition easier.

The Antins have relished their roles as business partners and brothers. Each brings a corporate accounting background that keeps the pair on the same page often.

“Trust is a critical element in a business like this, and we’ve always been there for each other and always trusted each other,” David Antin said. “So, when I made the decision to invest in him, I had confidence in his work ethic and his abilities, and it was a no-brainer for me.”

Danny Antin left the accounting world about 10 years after he entered it, spending much of that time at KPMG. Despite his success, the younger Antin was unhappy and sought advice from his brother, who asked him when he was happiest. Danny reminisced about his teenage and college years managing his neighbors’ Chinese restaurant in his hometown of Rockaway. That is when he made the decision to create a restaurant of his own.

With David as an investor, Danny opened his first restaurant in Bellmore in 2014, hiring one of the chefs he had worked with in Rockaway. With that location’s success, the Antins got to work looking for other places to which they could bring Danny’s.

In March 2019, David did what his brother had done years prior and left his 25-year accounting career behind to create Antin Brothers LLC with Danny and continue to expand the Danny’s brand. “I just got tired of traveling so much in my role and decided to call it in and join Dan in the restaurant to help expand it,” David Antin said. Danny taught his older brother this business at the Bellmore location soon after.

During the height of the pandemic with plenty of time on their hands, the brothers refurbished the Massapequa location themselves by painting the outside of the building to fit the brand. At the same time, the brothers purchased a former computer store in Oceanside and started adding the infrastructure to convert the site to a restaurant.

In early 2021, the Antin brothers brought in Oceanside resident Randy Klein to the business, selling half of each of their shares to become equal partners. Klein and Danny Antin already had a long-standing professional relationship. Klein brought his over 20 years of experience as an attorney to the business and has assisted in daily operations and expansion efforts for Danny’s.

Danny’s weathered some of the pandemic’s toughest days, which saw food shortages and price spikes, but they did well enough to open two more locations and even provide the staffers at the Jones Beach vaccination site with meals. The brothers and Klein joked that they, three former “corporate workers,” had now officially rolled up their sleeves when they prepared the meals for Jones Beach.

That corporate background was invaluable, though, especially during the Covid crisis. “Having that experience with Dave and Dan traveling incessantly for their jobs, working crazy hours, and understanding what pressure means, allowed us to stay focused and make rational decisions,” Klein said.

With a fourth location in Syosset on the way, Danny Antin reflected on his decision to bet on himself and go after what really made him happy.

“Definitely it is more fulfilling,” Danny Antin said. “And I would tell anybody who wants to open their own business that there is nothing more rewarding than putting your blood, sweat and tears into it and having it work.”