To host survivor at Yom HaShoah event on April 23 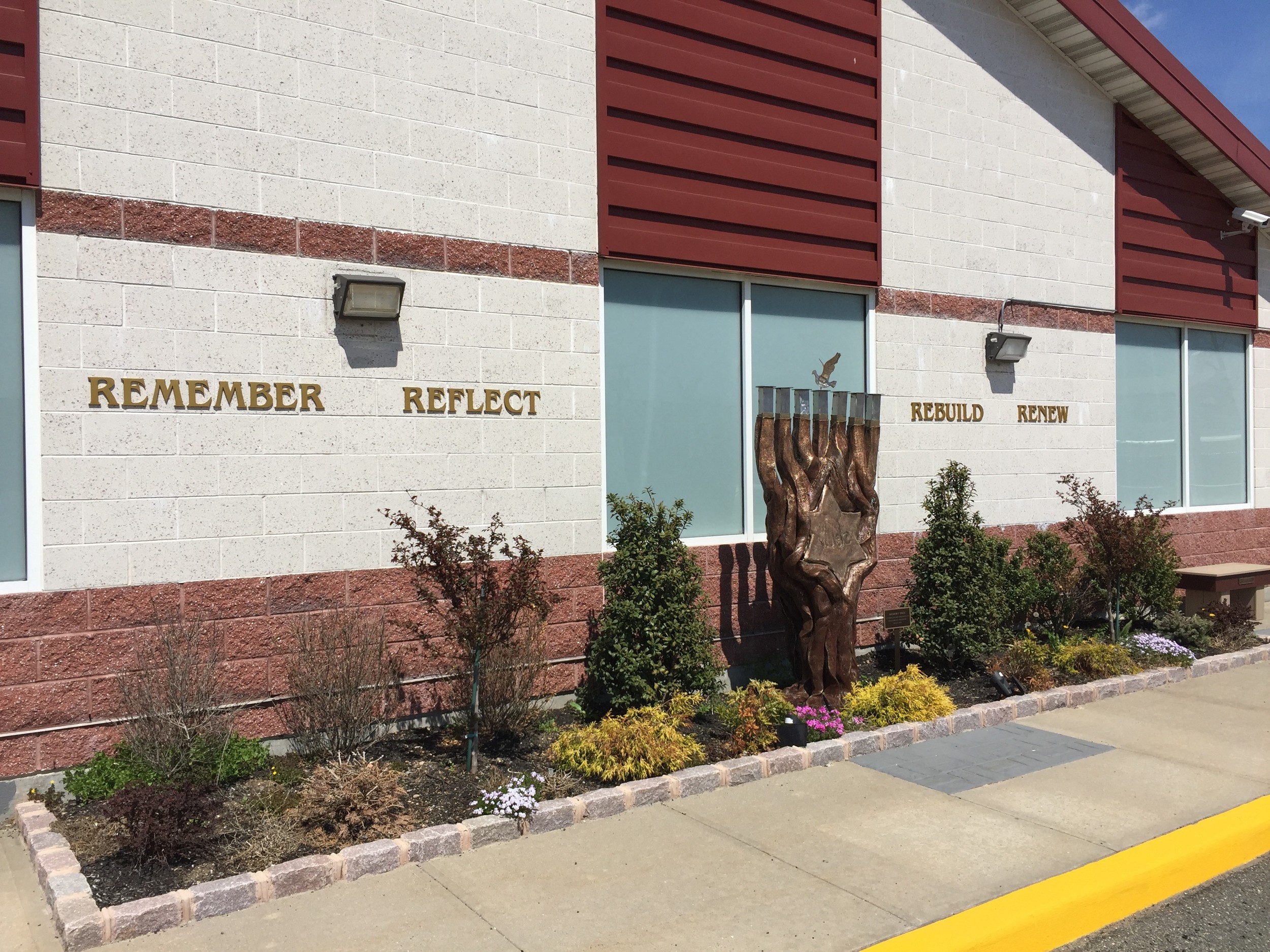 “There’s an expression, L’dor va’dor, and it means ‘From generation to generation,’” said Joan Goldfaden, who has worked at the Barry and Florence Friedberg Jewish Community Center for nearly 25 years and represents the JCC on the Jewish Community Council of Oceanside.

“That’s the whole thought of the Holocaust,” Goldfaden continued, “that as long as we keep telling the story and we let the next generation know what happened, hopefully [it won’t ever occur] again.”

Holocaust Remembrance Day, known as Yom HaShoah in Hebrew, falls on April 24 this year. The internationally recognized day corresponds to the 27th day of Nisan on the Hebrew calendar, and marks the anniversary of the Warsaw ghetto uprising in 1943, during which Jews fought against German troops attempting to deport the ghetto’s surviving inhabitants to concentration camps.

At this year’s Remembrance Day event on Sunday night, the Friedberg JCC will host Anita Weisbord, a Holocaust survivor who was sent to England as part of the Kindertransport, which saved roughly 10,000 predominantly Jewish children from the Nazis.

When Hitler’s armies invaded Austria in 1938, Weisbord’s family seized the chance to save her and her sister, not knowing if they would see them again.

It is stories such as these that remind people of the Holocaust, said Sam Seifman, president of the Jewish Community Council of Oceanside, or JECOCO, adding that those memories are crucial. Seifman is a second-generation Holocaust survivor whose Polish parents were forced out of their homeland. His father was in the Bergen-Belsen concentration camp in Germany, and his mother was a refugee who fled from one European country to another during the war.

“The message that we always try to get across throughout the entire Jewish community — certainly not just Oceanside — is you can forgive, but you should never forget,” Seifman said.

He explained that it is important to hear first hand from those who survived the genocide, which becomes harder every year since there are fewer of them left.

“Bring the stories to life, let the stories be told, let people remember what happened and what could be if we don’t strive every day to make sure it never happens again,” Seifman said.

The Friedberg JCC — which has satellite centers in Long Beach, Lynbrook and Merrick — installed a Holocaust memorial garden last May. It was inspired by Holocaust survivors and longtime JECOCO members Mendy Berger and Peter Stone, and was designed by sculptor Lea Weinberg, whose mother was a survivor.

“There’s nothing else really around that speaks to the Holocaust,” Goldfaden said of the garden. It wasn’t until joining the council — which brings together local Jewish organizations, including the Oceanside Jewish Center, Temple Avodah, Young Israel of Oceanside, Congregation Darchei Noam, Second Generation Group, Congregation Beth Israel, Congregation Shaar Hashamayim and the Jewish War Veterans Chwatsky Farber Post 717 — that Goldfaden said she fully grasped what happened during the Holocaust.

Such stories in the community include those of local Holocaust survivors, such as Irene Hizme, an Oceanside resident who has attended past community Yom HaShoah events, according to Seifman. Irene and her twin brother, Rene, were born in Teplice Sanov, Czechoslovakia, in 1937, and were living in Prague when the Germans occupied Bohemia and Moravia two years later, according to records kept at the U.S. Holocaust Memorial Museum.

A few months later, Germans arrested Hizme’s father, who died in the Auschwitz concentration camp in 1941. She, her brother and mother also ended up at Auschwitz, where Irene and Rene were separated and subjected to medical experiments. In a 1995 interview with the Holocaust Museum, Hizme recalled doctors taking blood from her neck and finger, and giving her injections and X-rays.

“I really got to hate doctors,” Hizme said in the interview. “I got to be afraid. I was terribly scared of doctors. I still am. They’re a nightmare. Hospitals are out of the question, and illness is unacceptable.”

The group Rescue Children brought Hizme to the United States in 1947, where she was reunited with Rene in 1950.

Recently, 85 Holocaust survivors gathered at the Friedberg JCC for a pre-Passover Seder sponsored by UJA-Federation of New York, which helps fund Selfhelp Community Services, the oldest and largest program serving Holocaust survivors in North America, according to its website. It provides services to more than 4,500 elderly and frail people, and holds various meetings at Oceanside’s facility, Goldfaden said.

By caring for these survivors, the community can preserve their memories of a tragic time, which Goldfaden said is critical today.

“It almost looks like a Holocaust is brewing all the time in the world now,” she said. “I think ever more important is that people remain aware and don’t turn their back on it and don’t just ignore it and make light of it, because it’s always a threat.”