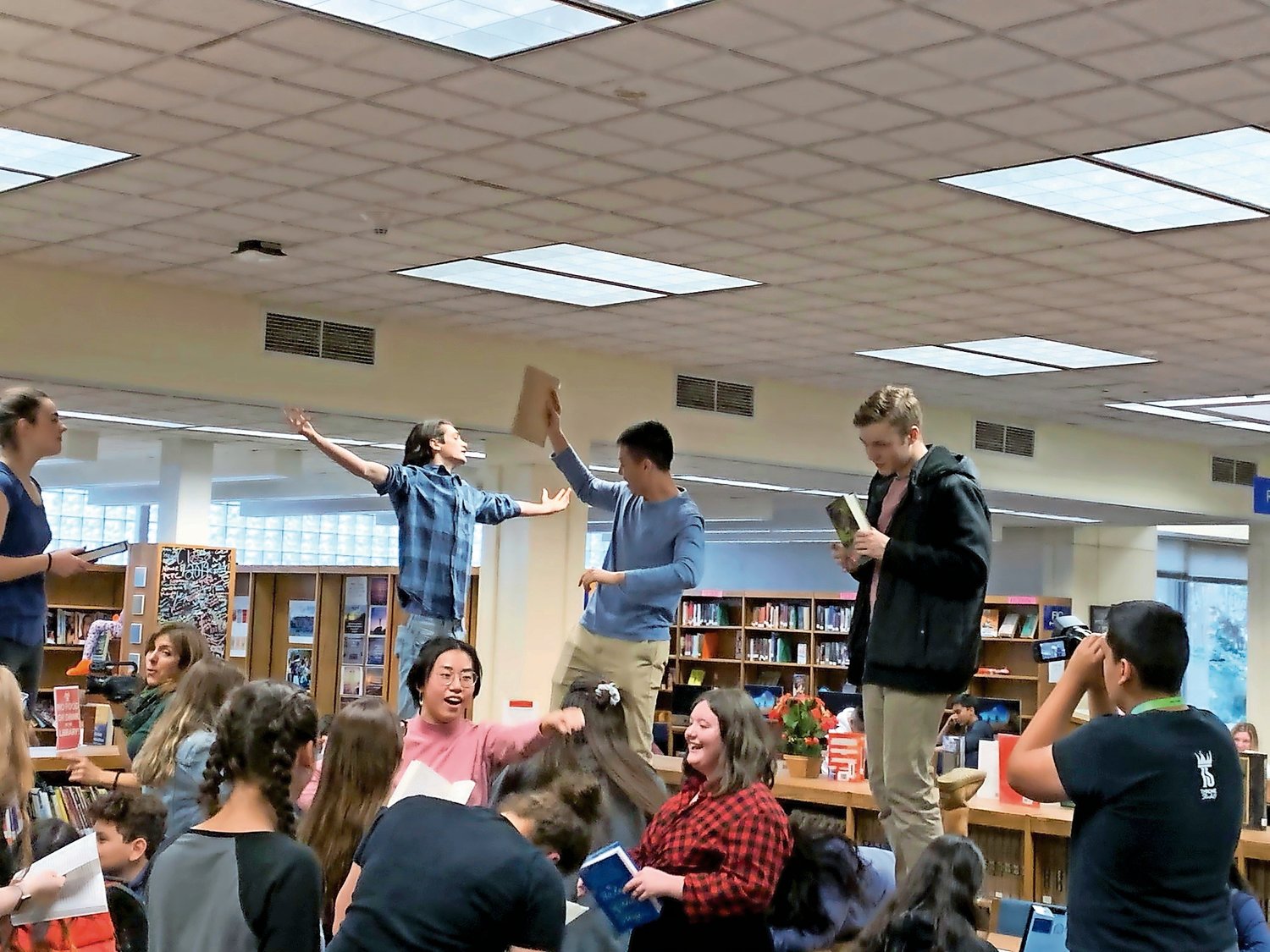 Oceanside High School has earned $15,000 for the school library by placing as a semi-finalist in the Follett Challenge.

The school created a music video called “In the Library” late last year and submitted it to the nationwide contest. The video highlights programs in the district’s OSD Go Read initiative, which encourages students to pick up more books.

“I was so excited,” said OHS Librarian Christine Sartory, “but from the beginning, I had a good feeling. I just loved the way it turned out.”

“In the Library” uses the melody of Prince’s “Little Red Corvette” and changes the lyrics to convey the impact of OSD Go Read. OHS student Matthew Miniero stars in the video as the lead singer and performer. About 200 peers holding books join him throughout the video.

“They just did an amazing job,” said Pete Nasta, a local Follett representative. “They had steep competition throughout the whole country. They weren’t just competing against Suffolk, Nassau and the five boroughs, so that, to me, is pretty awesome.”

The library can use the earnings to purchase new books and digital services through Follett, a content, technology and service provider for kindergarten through 12th grade. “I was thrilled,” Sartory said. “Fifteen-thousand dollars is a tremendous amount of money when you’re purchasing books.”

Nasta noted that Follett hosts the competition each year to give back and gave out a total of $200,000 to schools. OHS will now have one year to spend the winnings to upgrade the library’s collection.

In addition to buying new books, Sartory hopes to “genre-fy” the library, she said. This means sorting the shelves by genre, rather than author’s last name or the Dewey Decimal system. Follett offers the service to help with organization of the books free of charge, Nasta said.

“Our circulation is way up,” Sartory said, “but when kids come in, they ask, ‘Where are the horror books?’ and we say, ‘You have to go to the computer and search.’ If we can just point them in the right direction, it makes it so much easier for them.”

Sartory said that Follett would have presented a plaque to the school, but with schools closed because of the coronavirus, she is not sure when it could happen.

“[The video] is like a little slice of history,” she said. “It will always be something I remember fondly. I’m really excited that we won, and it’s just the beginning because now I’m obsessed with this competition. Hopefully we will be back this year and be able to celebrate.”