Oceanside on verge of tennis title 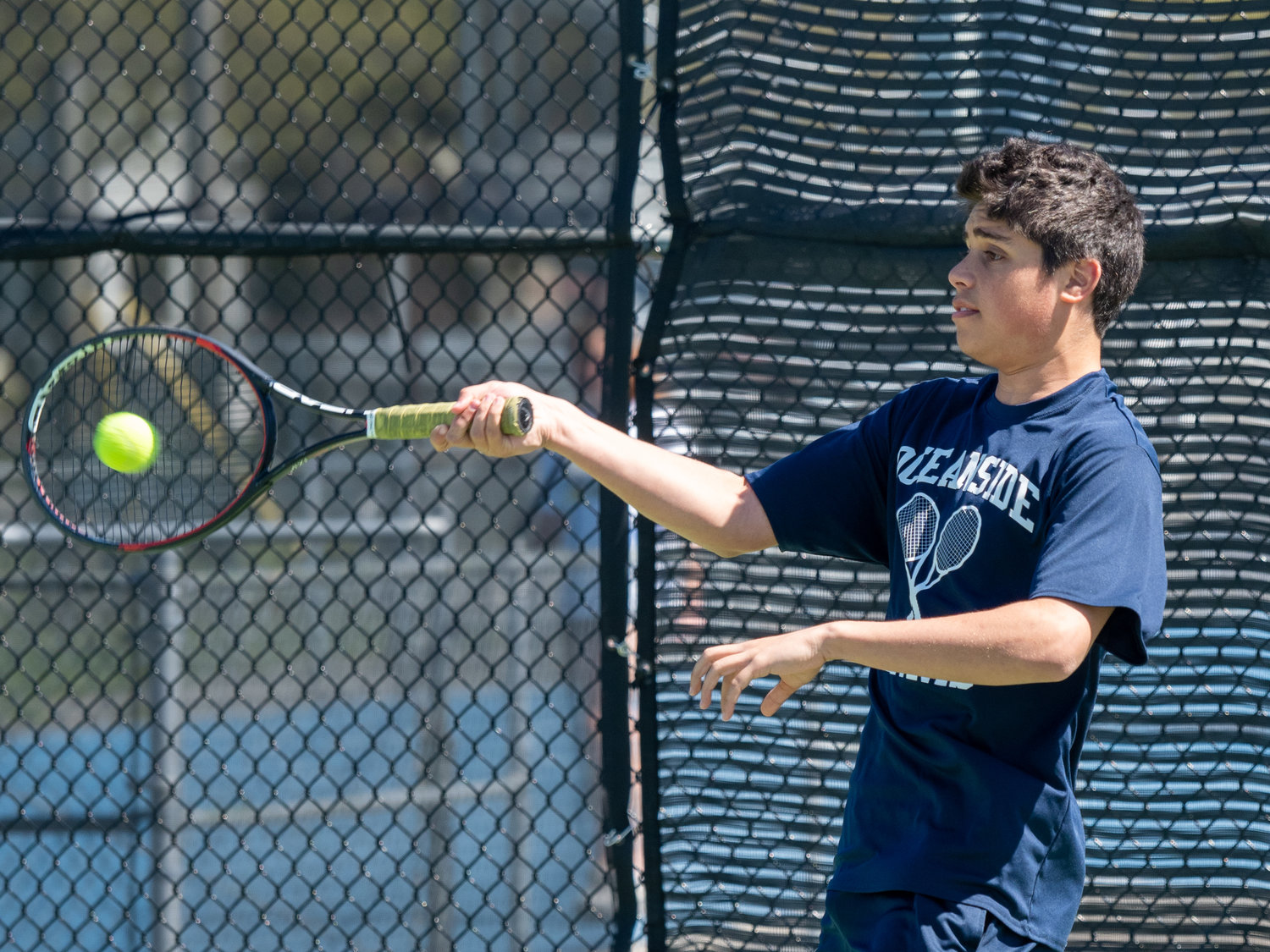 Senior Spencer Roth returned as Oceanside’s No. 1 singles player and won 10 of 13 matches with one remaining in the regular season.
Eric Dunetz/Herald
By Tony Bellissimo

First-year Oceanside coach Rob Kiley said it wasn’t until the midway point he starting thinking the senior-led lineup could repeat its results the second time around the schedule and finish on top.

“I had no expectations coming into the season,” said Kiley, who coached Oceanside’s JV team for six seasons after four seasons coaching at the middle school level. “We joined a new conference and honestly I’m just happy the kids were able to play a normal season, especially the seniors. They had no season in 2020 and last season was squeezed into one month.”

Senior leadership and depth were key to Oceanside’s success, Kiley said. Returning No. 1 singles player Spencer Roth serves as captain and brings a team-first attitude to the court every day, the coach noted. Roth won 10 of the first 13 conference matches. “Spencer is a hard-working player with a powerful forehand,” Kiley said. “He never gives up on a point.”

Roth and No. 2 singles Evan Kwait, also a senior, constantly pushed each other all spring to get better, Kiley said. Kwait’s consistency and ability to grind resulted in a record of 8-5. “Evan has a quiet disposition but he’s such a battler,” Kiley said. “He had more three-set matches than anyone else and won most of them.”

The third and final singles spot was up for grabs during tryouts and freshman Harris Brodsky not only emerged to earn the position, but he’s won 12 of 13 matches. Kiley said the 6-foot-1 finesse player is frustrating to play against because he can rally at length. “Harris is super consistent and does a great job of keeping points in play and wearing opponents down,” Kiley explained.

In doubles, the Sailors were nothing short of dominant. Kiley said they had five tandems that could take turns beating each other any given day. More importantly, they beat the competition almost every match going a remarkable 50-2 combined heading into the finale.

Senior and returning starter Dylan Lisi and junior newcomer Jack Swansig are both tall and aggressive at the net, making them difficult to face, Kiley said. They held down the top spot all season and lost only once.

At second doubles, seniors Aidan Pohevitz and Stephen Johns went unbeaten in the dozen matches they were paired. The third singles tandem of senior Thomas Eldho and sophomore Brendan Reiser played some varsity exhibition matches last year and parlayed their chemistry to an undefeated campaign.

In the fourth doubles spot, Kiley said no matter which pair he called upon it led to a victory. Seniors Anoop Krishadis and Stephen Markman, as well as seniors Adam Chernoff and Sean Daly, have combined for a 13-0 mark.