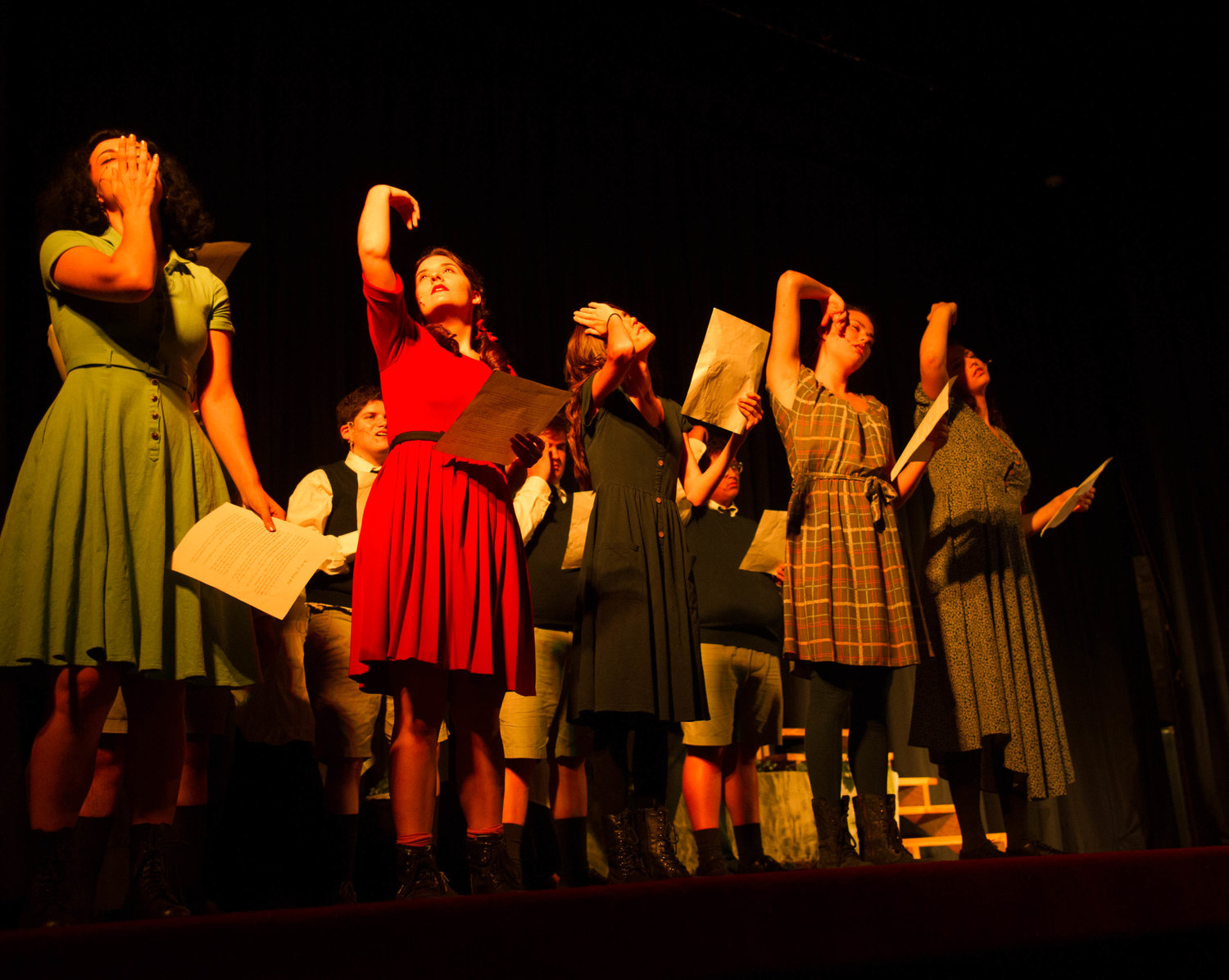 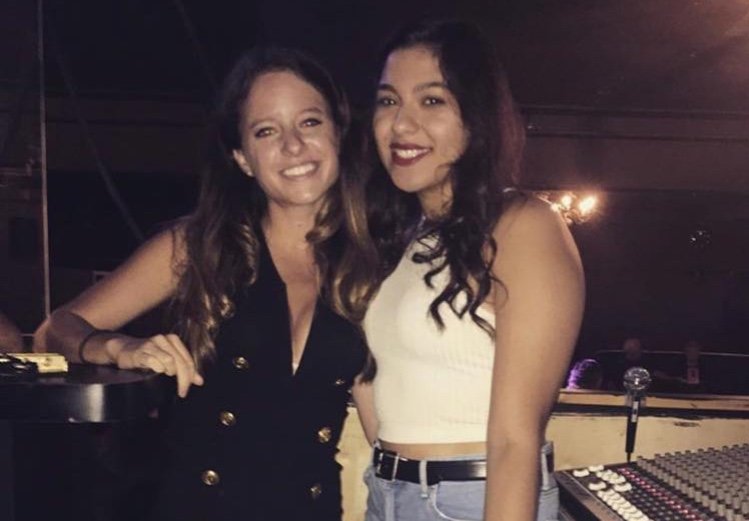 Courtney Pincus-Koehle, left, of Oceanside, directed the show with Alyssa Kakis, of Brooklyn, who is an aspiring director from Rockville Centre.
Courtesy To The Stage 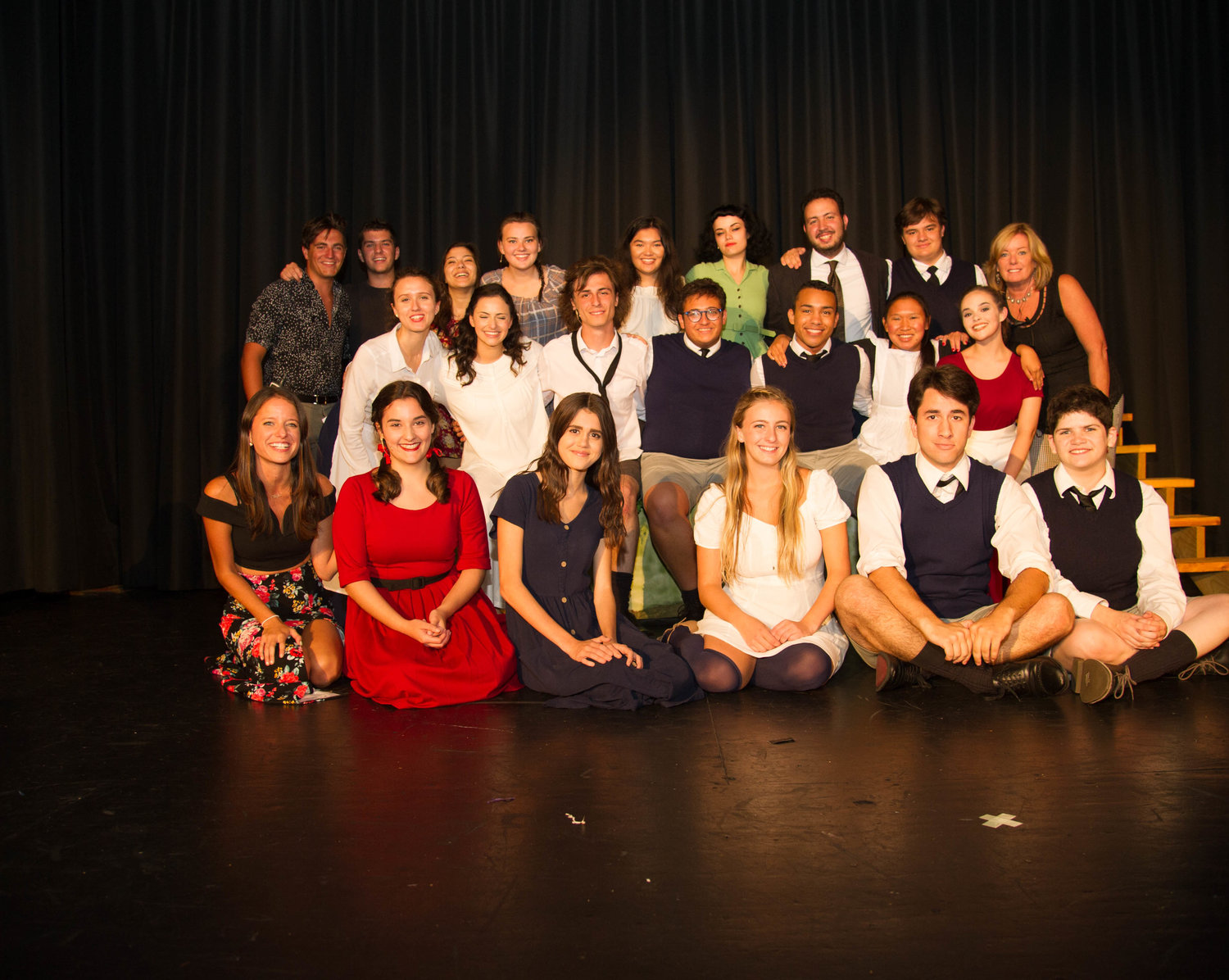 The cast of “Spring Awakening” ranges in age from 16 to 23. They performed on Aug. 1, 2, and 9 at Bellmore Showplace.
Jim Green/Herald
Previous Next
By Briana Bonfiglio

To The Stage, a children’s theater school in Oceanside, prioritizes teaching self-confidence over perfection for young performers, from pre-K to college-age.

The group of high school and college students capped off To The Stage’s 2018-19 season with a mainstage production of “Spring Awakening” on Aug. 9. The bold performance highlighted the program’s emphasis on starring all participants, not just a few, to boost self-esteem and courage.

“We don’t focus so much on competition,” said Courtney Pincus-Koehle, the director, founder and owner of To The Stage. “Everyone has a lead part with a lot of lines or solos. In school [productions], some don’t get the chance for that. But here, you’re not paying to be in the background. Everyone gets a chance to shine.”

Pincus noted that high school students also wouldn’t get the opportunity to do a show like “Spring Awakening” in their school drama clubs. The musical tackles mature topics, such as abortion, sexuality, gay rights and abuse.

Therefore, Pincus and her assistant director, Alyssa Kakis, had many discussions with students about how to portray some of the show’s sensitive subjects. They also had students under 18 years old provide a parent signature acknowledging that they knew about the show’s themes.

“It’s a really fun, really challenging show,” Kakis said. “There’s a lot of hard scenes, and it’s very dark. So it was important to balance having respect for the material, taking it seriously and focusing, but also cultivating a group where we can have fun.”

Kakis, 22, graduated South Side High School in Rockville Centre in 2015 and Pace University with a degree in theater directing in 2018. She started performing with To The Stage when she was a teenager and was in its first presentation of “Spring Awakening” in 2014. Now, she is Pincus’ assistant director for select programs.

“Courtney was super welcoming and it was always a great experience,” Kakis said. “She is the reason I went [to college] for directing because she gave me more responsibilities.”

Pincus, an Oceanside High School graduate, launched To The Stage in 2012, a year after she graduated from SUNY New Paltz with a bachelor’s degree in theatre arts. Her goal was to create classes that give attention to all students equally, recognizing the fact that “the key to succeeding as a young performer is having the confidence in oneself, regardless of talent level,” she wrote on her website.

“When we first started, it really was just 20 kids in a classroom in a church,” she said. “Now we’re at 175 to 200 students and we have to keep renting bigger spaces for the shows.”

About 20 students performed in “Spring Awakening” at the Bellmore Showplace early this month. Like Kakis, some returned from previous years. Many are Oceansiders, but others came from Baldwin, Long Beach and Malverne, as well as Plainview, Northport and Jericho. “Word got out, and each summer we keep getting bigger,” Pincus said.

At the same time, Pincus said that the program has become “like a family” because many students return year after year. Also, Pincus’s own family helps her run the business. Her husband, Chris Koehle, does the sound; brother, Brian Pincus, does lights, and mother, Pam Pincus, produces.

“I had worked at some day camps in the summer, and I tried to bring my theater background into it,” she explained. “I also did community theater, and was always working with younger kids. It felt so much better building up their confidence. I didn’t want to focus on myself being an actress. This was more rewarding.”