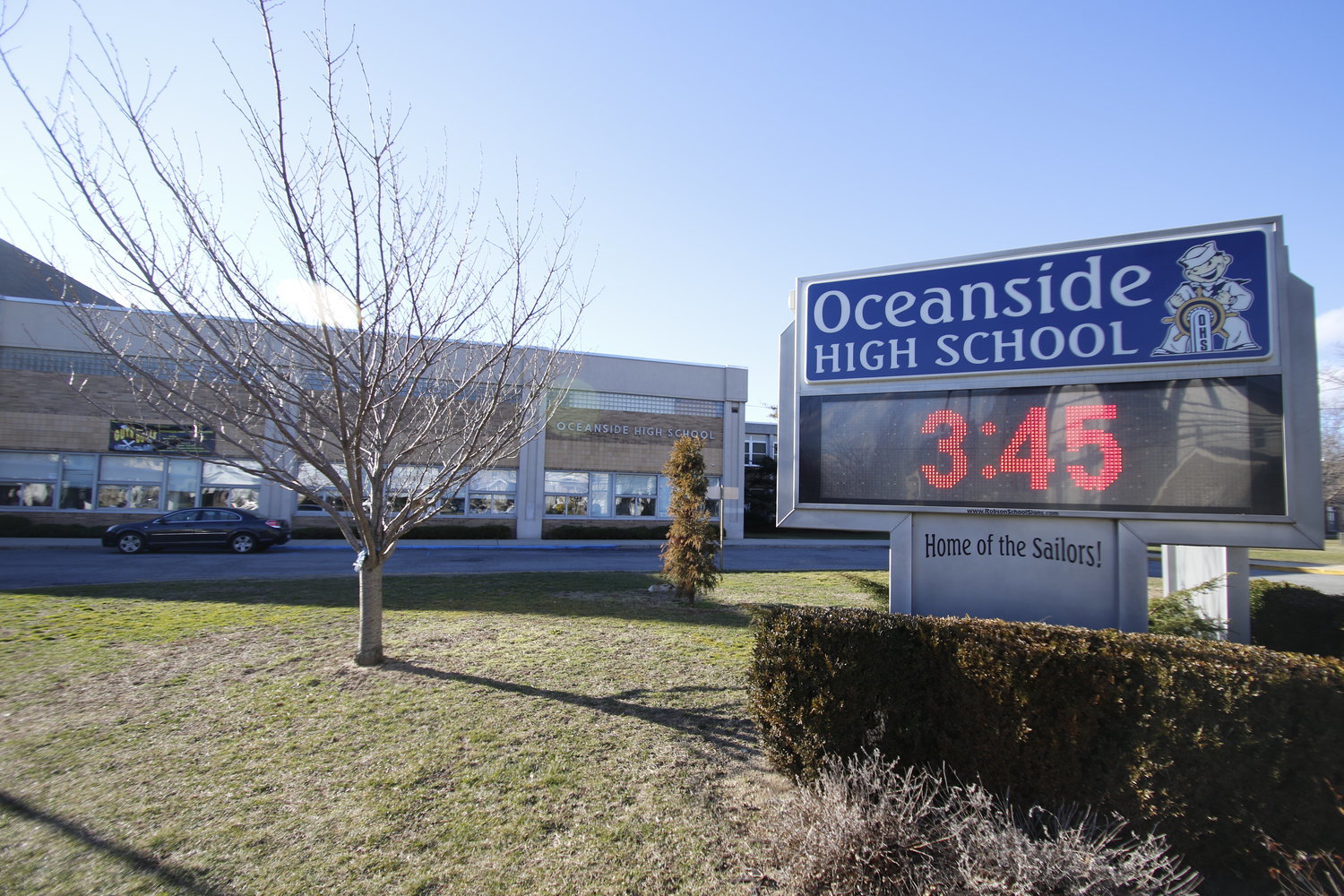 After a car struck a girl at the intersection of Skillman and Brower avenues near Oceanside High School last month, parents, school administrators and elected officials are continuing to push for a crossing guard for the area.

“We’ve been dealing with issues up at the high school with the flow of traffic and the crowds since I can remember,” Board of Education Trustee Sandie Schoell said. “. . . It’s a dangerous scenario, and having a crossing guard at that intersection would help.”

The Nassau County Police Department does not generally assign crossing guards to high schools, but Schoell said that OHS should be considered an exception. Richard LeBrun, a detective lieutenant for the NCPD, said that all requests for crossing guards are vetted by the department’s Problem-Oriented Police officers, who account for the age of students, traffic conditions, traffic flow, lighting conditions, availability of crosswalks and traffic signal devices.

“To enhance safety at the location, our POP officers have filled out paperwork for the pedestrian crosswalk to be repainted and have also requested, through New York state, a lighted numerical countdown pedestrian display signal be installed to advise pedestrians when the light will change,” LeBrun said. “At this time the requested location does not meet the criteria for a school crossing guard.”

Schoell said that traffic issues and pedestrian safety have been concerns around the high school for more than 20 years. She added that as a 15-year member of the Board of Education, a longtime PTA member and a parent of two sons who went through the school system, she has pushed for a crossing guard for two decades. Though the student struck by a car last month was not seriously injured, the incident was the latest in many accidents involving pedestrians near the high school. In 2017, a ninth-grader was seriously hurt and suffered trauma after a car struck her on Foxhurst Road.

Schoell said there have been improvements at some intersections near the school — including the addition and repainting of crosswalks, the installation of larger stop signs and the trimming of trees to make the signs more visible — but she said the solution remains adding a crossing guard at the intersection of Brower and Skillman.

She noted that there are about 1,700 students who attend the high school and roughly 200 staff members, and that the school is an open campus, so sophomores, juniors and seniors can leave for lunch, which creates a large pattern of pedestrians and bike riders near the school. In addition, ninth-graders are the only students eligible for busing, so many juniors and seniors drive themselves to the school, while 10th-graders are dropped off, leading to heavy traffic around the school and a greater chance of someone getting hit by a car.

“There is a generation of kids on their cellphones with headphones in their ears, and they’re not paying attention,” Schoell said, “and they’re crossing the street and not realizing that people are making turns. We think we’re a unique enough situation that even though the police don’t provide crossing guards to high schools, we should be under consideration.”

“I think there’s an obvious dangerous situation at every pick-up and dismissal in the morning and afternoon, which is putting our children in a dangerous situation and we have to be able to take action,” Kaminsky said. “The statistics themselves should warrant the addition of a crossing guard there because the accidents have been there for many years.”

Dr. Joshua Kugler, the department chair for emergency services for Mount Sinai South Nassau, noted that pedestrian safety is a countywide concern, and that the hospital admits at least one patient every other day who was struck by a vehicle. He added that cell phones have become a major problem and have caused an increase in distracted drivers.

“I’m starting to believe that these cellphones are becoming a health emergency,” he said. “They’re a distraction. We see a gamut of injuries, traumatic brain injuries, loss of life, orthopedic injuries, which can be crippling, internal organ injuries from the blunt trauma that takes place during these accidents.”

Joe Calderone, the hospital’s senior vice president of corporate communications and development, said that administrators have tried to educate the public on pedestrian safety and the dangers of distracted driving. The hospital recently teamed with County Executive Laura Curran, other elected officials and the county’s Department of Public Works to host a safety seminar at an intersection outside the facility.

Curran and Kugler both said that the end of daylight saving time brings an increase in incidents involving pedestrians because it gets dark earlier. Curran said the accidents nearly double from September to November each year.

Schoell said she planned to continue the push for a crossing guard, despite the Police Department’s policy against it. “It will help keep our kids a little bit more alert and make the drivers more conscious to the fact that the kids are around,” she said. “We all have to take ownership and everybody has to do their part.”