Congress should have invoked Defense Production Act much earlier 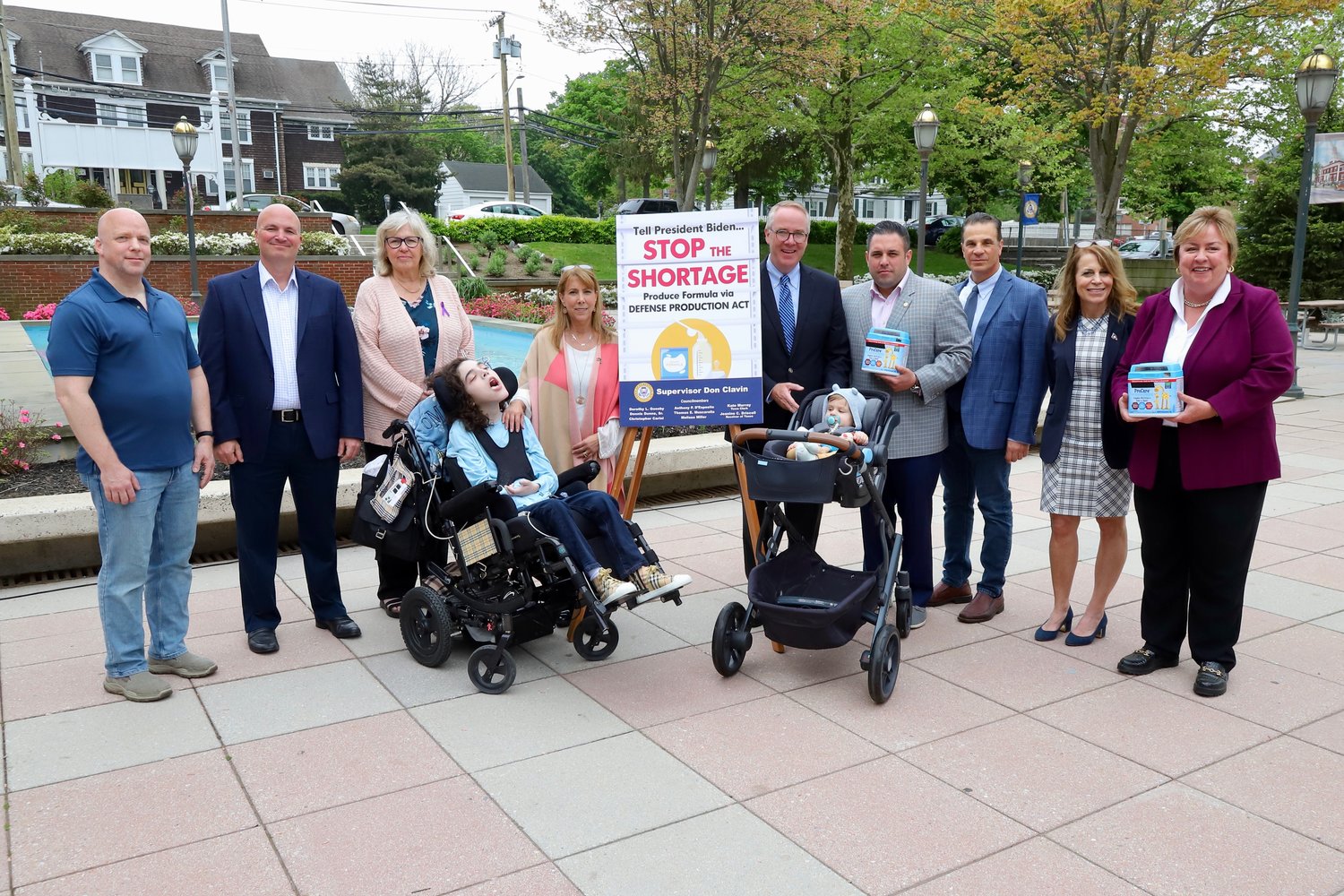 It’s the role of the federal government to step in at a time of need.”
Don Clavin, supervisor, Town of Hempstead
By Reine Bethany

Under a spring sky soft with the threat of rain in the air, Don Clavin joined fellow government officials and parents demanding Congress push much harder to alleviate the current national shortage of baby and medical formula.

Clavin called on President Joe Biden to use the Defense Production Act to direct federal funds to boost formula production. The same act — a Cold War relic designed to use Washington resources to jump start private sector production during war and emergencies — was also used during the coronavirus pandemic to step up the manufacture of ventilators and other equipment intended to combat Covid-19.

The formula crisis stems from a pandemic-fueled nationwide supply chain and labor shortage that’s affecting a number of economic sectors. But it became even more critical after Abbott, a major formula manufacturer that produces the Similac baby formula brand, shut down its factory in Sturgis, Michigan, after reported safety issues with its products. Four infants in Minnesota, Texas and Ohio were hospitalized with serious bacterial infections after consuming formula from the Sturgis site. Two died.

Whether Abbott’s formulas were responsible is still under investigation.

At the news conference, Councilwoman Melissa Miller gestured toward her 22-year-old son Oliver, who sat in his wheelchair beside the podium. Oliver had a stroke prior to birth that affected his brain stem and left him with multiple disabilities.

“This shortage is more than just baby formula, which in itself is a crisis and needs to be addressed,” Miller said. “But in fact, millions of children and adults that have dietary special needs, their medical formulas are included in this shortage.”

Oliver has never been able to eat regular food. He relies completely on medical formula to live.

“When the formula recall happened, there was no communication to parents with baby formula or communications with parents of special need individuals, or adults with special medical nutrition needs,” Miller said. “I found out on a Facebook trading group for special needs equipment. I went and looked (at the lot numbers stamped on the canisters of formula): Every single case of formula that I had was part of the recalled lot.”

John Caputo joined others the news conference because his daughter, like Oliver, needs a particular formula.

“Switching formula could mean days in the hospital,” the Lynbrook resident said. “I would urge everybody, parents — anybody else who takes care of someone with special needs — to reach out to your people in our local governments. We like to talk on social media, and people hear you, but a lot of times, people that matter don’t hear you.”

Liquid infant formulas produced by Abbott were not affected by the recall.

A senior White House administrative official said at a May 12 White House news conference that the federal government has actually done a lot to get formula back on grocery shelves since the Feb. 17 product recall.

“As a result of our ongoing work, more infant formula has been produced in the last four weeks than in the four weeks that preceded the recall,” the U.S. Department of Agriculture said in a release, “despite the fact that one of the largest infant formula production facilities in the country has been offline during that period.”