On and off the field, Crystal Dunn turning heads 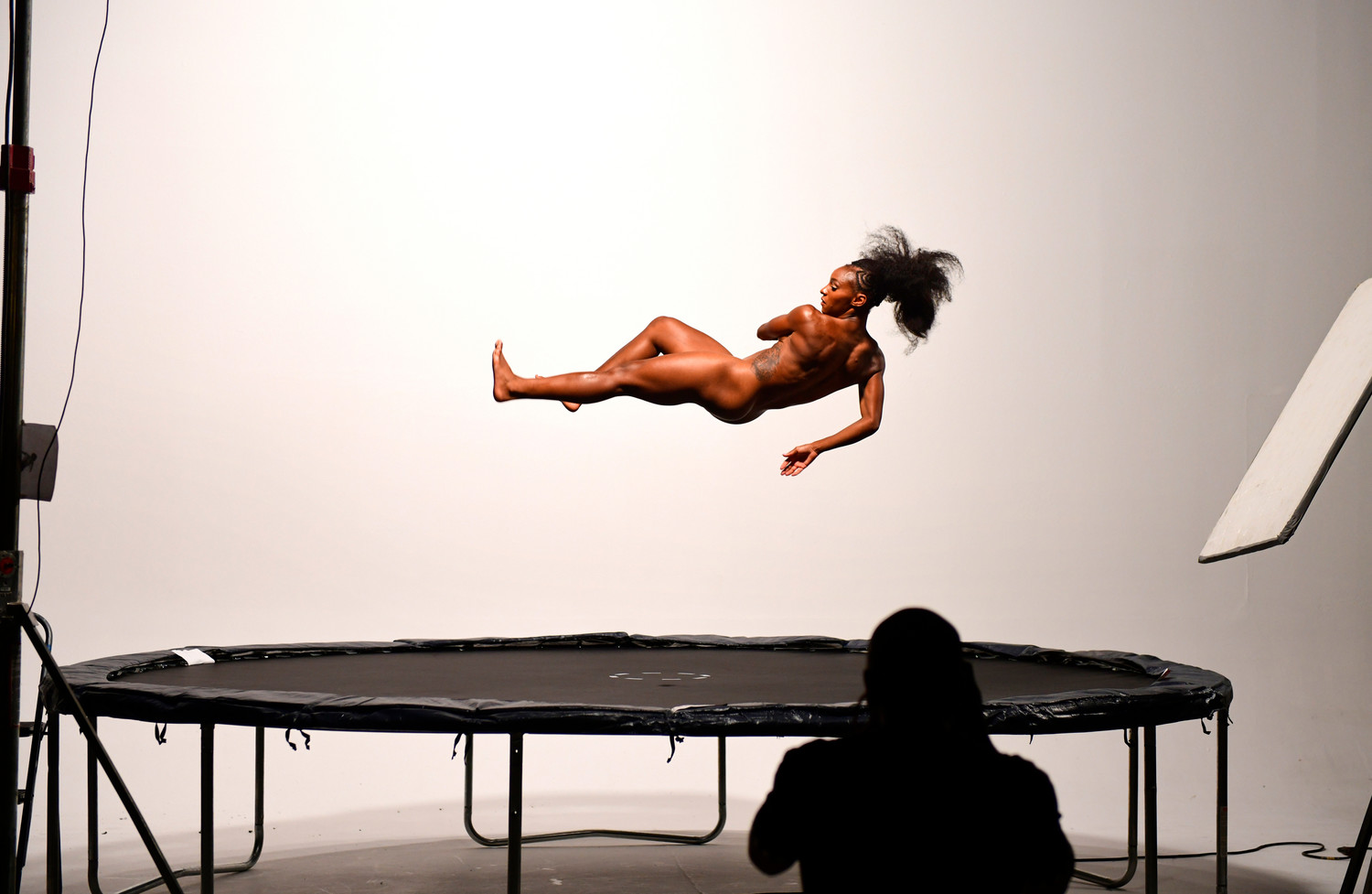 South Side High School alumna and professional soccer player Crystal Dunn took off more than just her cleats as she bounced around during a photo shoot for ESPN the Magazine’s recent 2018 Body Issue.
ESPN The Magazine/Photo by Eric Lutzens 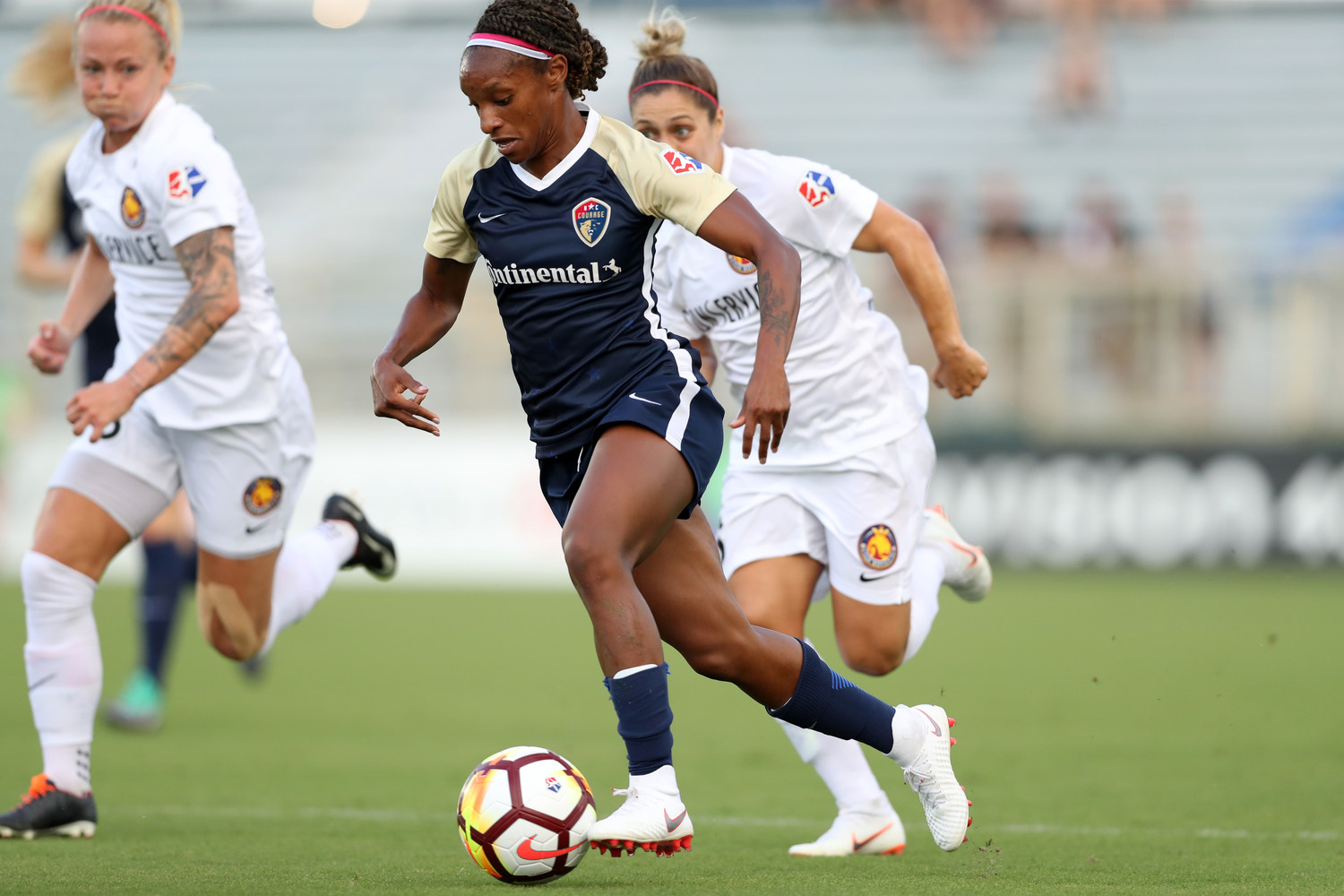 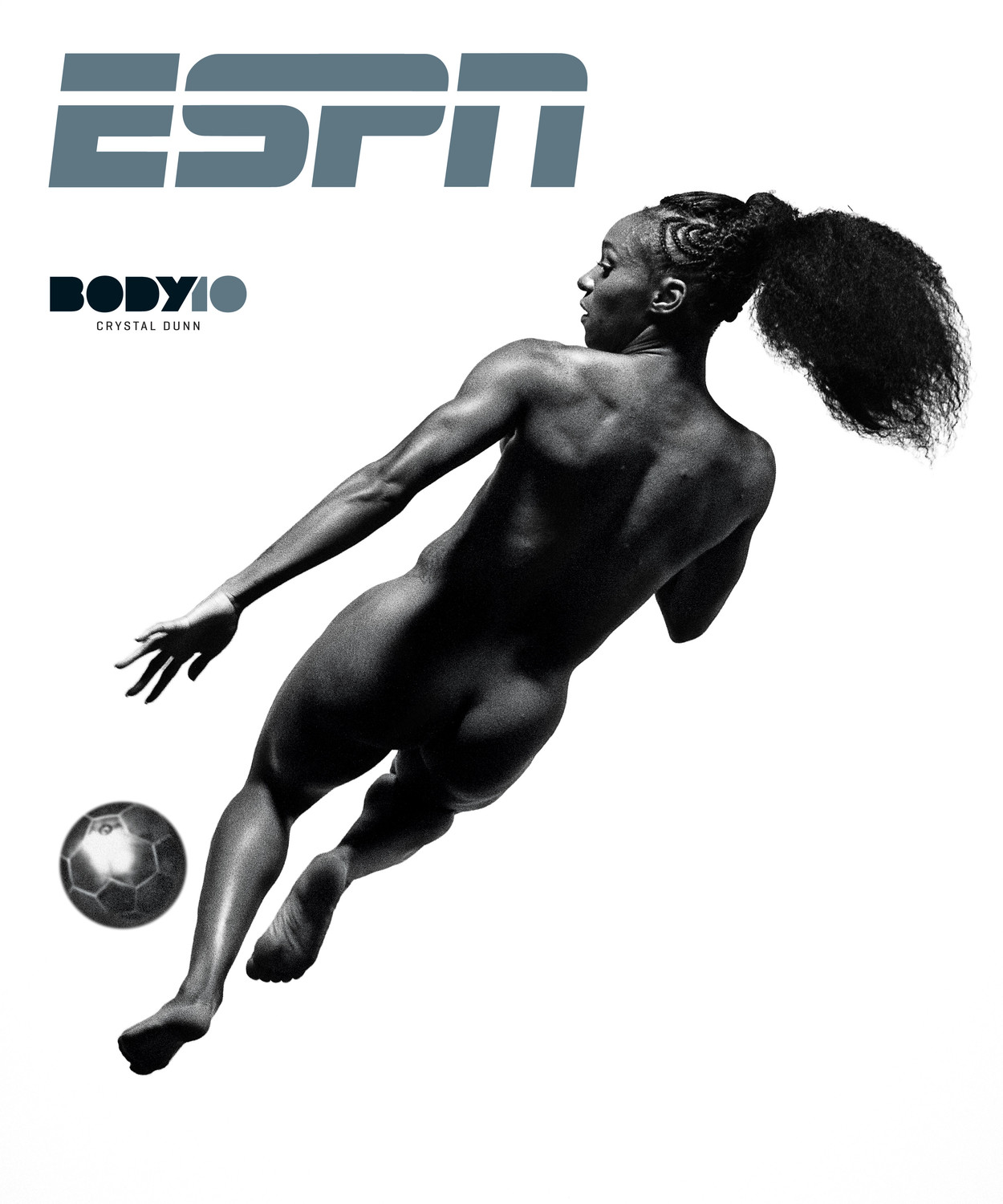 Former South Side High School soccer star Crystal Dunn, a member of the United States Women’s National Team, was one of 16 athletes to appear naked in ESPN the Magazine’s 2018 Body Issue. She was featured on one version of the magazine’s cover.
Courtesy ESPN the Magazine/Photo by Marcus Smith
Previous Next
Crystal’s career (team, year, appearances, goals)

“Everyone was playing soccer in Rockville Centre at the time, so I was like ‘My God, I want to play too,’” said Crystal Dunn, a former South Side High School soccer star that has gained national recognition in recent years.

The 26-year-old local legend, who helped lead the Cyclones to three state titles in 2006, 2007 and 2009, most recently appeared in the pages of ESPN The Magazine’s Body Issue, which featured the naked figures of 16 of the world’s best athletes.

The two-page inside photo by Marcus Smith, which captured Dunn in a jumping pose, was taken the same week in May that Dunn was named to the U.S. Women’s National Team preliminary roster for two friendly matches in June.

Since 2008, Dunn has played on the youth and senior national teams, and in 2016, she tied a U.S. women’s national team record with five goals during a win over Puerto Rico in the final round of group play in an Olympic qualifying tournament.

Her inclusion in ESPN The Magazine’s popular edition of nude athletes comes during a season in which Dunn has scored six goals in 13 matches for the North Carolina Courage, who sit atop the National Women’s Soccer League.

“I could see why people she plays with gravitate towards her,” Smith said, noting how “down to Earth” she was during the shoot. This was the second time he has worked with her, “so it wasn’t awkward,” he said, despite her being naked this time around.

Smith said they used a trampoline to get certain “artsy” poses, as Dunn embraced the unique opportunity naked yet confidently, with her fiancé Pierre Soubrier close by for support.

She told ESPN The Magazine about overcoming self-consciousness about her short stature — she’s 5-foot-2 — and instead learned to use her size to her advantage. She also mentioned being perhaps most proud of winning the Atlantic Coast Conference’s Defensive Player of the Year award as a freshman and junior at the University of North Carolina and then earning Offensive Player of the Year as a senior, showing her versatility.

Dunn’s story began in Rockville Centre at about 3 years old when her family moved to the village from Queens, where she had no prior experience with soccer. “If we decided to move to another town, she might have never played soccer,” her father, Vincent Dunn, said.

She started playing in the Rockville Centre Soccer Club at what is now Darcy Field, where she had her first training. “My clothes were way too big for me,” Dunn recalled. “My skirt looked like I was wearing a dress. You couldn’t even see my shorts.”

Vincent called Crystal a natural-born athlete, like her brother, Henry, a former minor league baseball player. “But it wasn’t gonna be basketball!” he laughed, alluding to his daughter’s height.

Still, she stood out on the soccer pitch. “From a very, very young age, we knew she had undoubted talent and fantastic potential,” said her childhood coach Rauiri McGuinness. He taught her from age 9 to 14 through the RVC Soccer Club, then worked with her through the Olympic Development Program until she was 15.

McGuinness recalled Dunn scoring clutch goals during important games in her youth career. “You could always count on Crystal,” he said, noting that she always looked for feedback and was friendly to her teammates. “She’s a role model for all young players in the country right now.”

Dunn played on South Side’s varsity soccer team for three-plus years. The team notched three state championships in that time, losing in the 2008 game without Dunn, who as a junior, was playing on the junior national team in the Under-17 World Cup in New Zealand.

Her dad recalled her first high school match against rival Massapequa, which went into overtime. Dunn scored the game-clinching goal, he recalled, and the crowd erupted. Her father still tries to attend her games, which now take place around the world. He had traveled to New Zealand to see her play and most recently attended her match in the 2016 Summer Olympics in Rio de Janeiro, Brazil.

“She should be very proud of herself,” Vincent said. “I am.”

During her time at University of North Carolina Chapel Hill, she realized she wanted to go pro. Before graduating, she was drafted No. 1 overall by the Washington Spirit in 2014 and, at 23, became the youngest recipient of the Most Valuable Player and Golden Boot awards the following season. She joined London-based Chelsea Football Club in 2017 before landing a spot on the Courage.

Though she misses Rockville Centre, she has made sacrifices for her soccer career. “You keep moving, even though you’re living out of a suitcase,” Dunn said.

Residents recognize her when she returns home, she said, recalling her favorite compliment: “You’re still the same Crystal.” She doesn’t feel any different.

“I am still enjoying the game and I am pretty much the same girl I was growing up in Rockville Centre,” Dunn said. “Whatever you decide to do in life, you really have to enjoy it, because that’s the only way you’re going to continue doing it.”