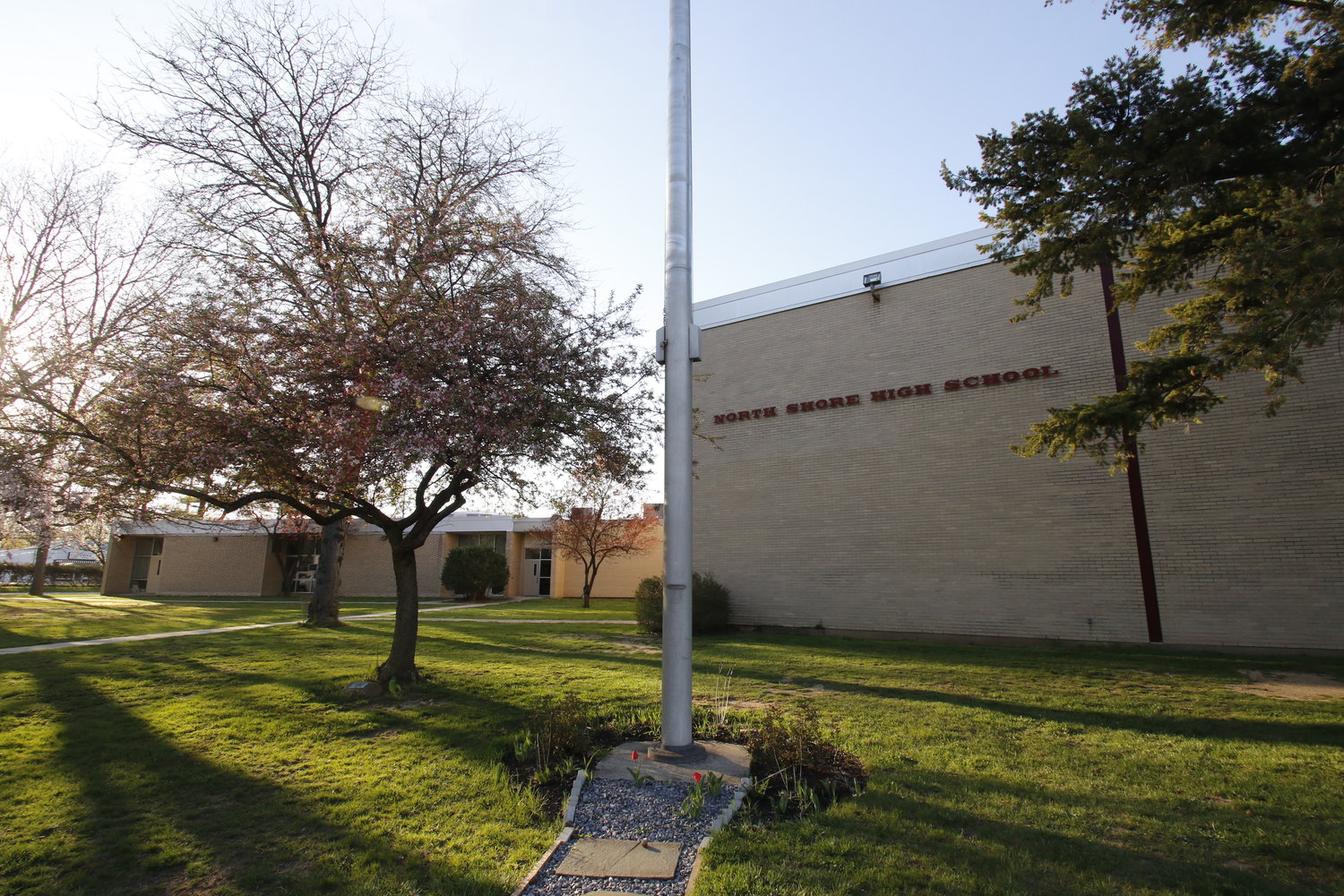 Percentage of students who agree or strongly agree that they felt like they can be themselves at North Shore:

Percentage of students who agree or strongly agree that they are accepted at North Shore:

Percentage of students doing more than 3.5 hours a night:

As North Shore middle and high school students pass through their hallways, making their way from class to class, staff and administrators may not pick up on whether those students feel a sense of belonging, or if they’re getting enough sleep.

A survey conducted by Stanford University’s Challenge Success, a nonprofit that does research in school districts across the country, focused on how students were feeling about their time at North Shore schools, as well as how much sleep they were getting and how much time they were spending on their homework.

The survey was administered to students in grades six through 12 in March, and 70 to 75 percent of them responded.

“The theme you will be hearing over and over again from us this evening is this overlap of engagement and well-being, and that’s really home base for us,” Drew Schrader, the school program manager for Challenge Success, said at a Board of Education meeting on May 27. “We’re interested in engaging communities in this conversation about the definition of success.”

Sarah Miles, the research and program director at Challenge Success, told the trustees and administrators that she was thrilled to see their level of interest in the survey results (see box).

A sense of belonging is very important for students, Miles explained, as children and adults alike need to see themselves being valued for what they’re doing. If they don’t feel like they belong, the development of their identity is stalled, which can have negative consequences.

“This is true for North Shore, but it’s also increasingly true across the country, that kids who identify as gender non-conforming or transgender are suffering in higher ways,” Miles said. “They’re more stressed. They’re sleeping less. They feel less of a sense of belonging and connection, and that was true at North Shore — as well as for girls. They’re really having a harder time across the North Shore data, as well as other schools.”

Sleep was a focus throughout the presentation, because it can impact both mental and physical well-being. And more often than not, children aren’t getting enough sleep.

“The recommended amount of sleep for middle-schoolers is between nine and 10 hours,” Miles said. “The sixth-graders really need 10, and eighth-graders need closer to nine. The average across our aggregate data is 7.8 hours, so a little under eight.”

The recommended amount of sleep for high school students is nine hours, but the average student gets just 6.7. The consequences of sleep deprivation include depression and anxiety, memory issues, bullying and car accidents. The percentage of middle school students who get enough sleep is just 4.6 percent, and in high school it drops to 2.2 percent.

“This is true in all the schools we work with — this is not just unique to North Shore,” Miles said. “During the pandemic, a lot of kids have been waking up later because of at-home learning, but they’ve been going to bed later overall.”

And they may be going to bed later because they spend more time on homework. While the average North Shore student spends 1.6 hours on homework in middle school level and 2.9 hours at the high school level, 33 percent of district high school students are doing more than three and a half hours of homework a night.

“Talk with your high school staff about the survey, and see what could be said about those groups of students who really spend a lot of time doing homework,” Miles said. “Is it just around not understanding their work? Is it around just too many higher-level courses? That’s something to look into.”

According to Miles, when students perceive their homework as “busywork” and don’t find value in it, they’re more likely to cheat and to be less engaged in the work.

She explained that Challenge Success’s goal is to help schools fully engage their students in their classes. They should want to complete assignments, find them interesting, be willing to work hard, enjoy the work and be “cognitively engaged,” finding schoolwork valuable and thinking that their work builds skills and understanding.

“Our thesis is that learning and well-being are sort of reciprocal and foundational,” Shrader said, “so when students’ well-being is being taken care of, they’re more capable of learning. On the flip side, we think that when students are really engaged in their learning [and] they have that tandem enjoyment, it also adds to their well-being. Often we see schools focus on one or the other, but we like to encourage them to see these things operating in tandem.”