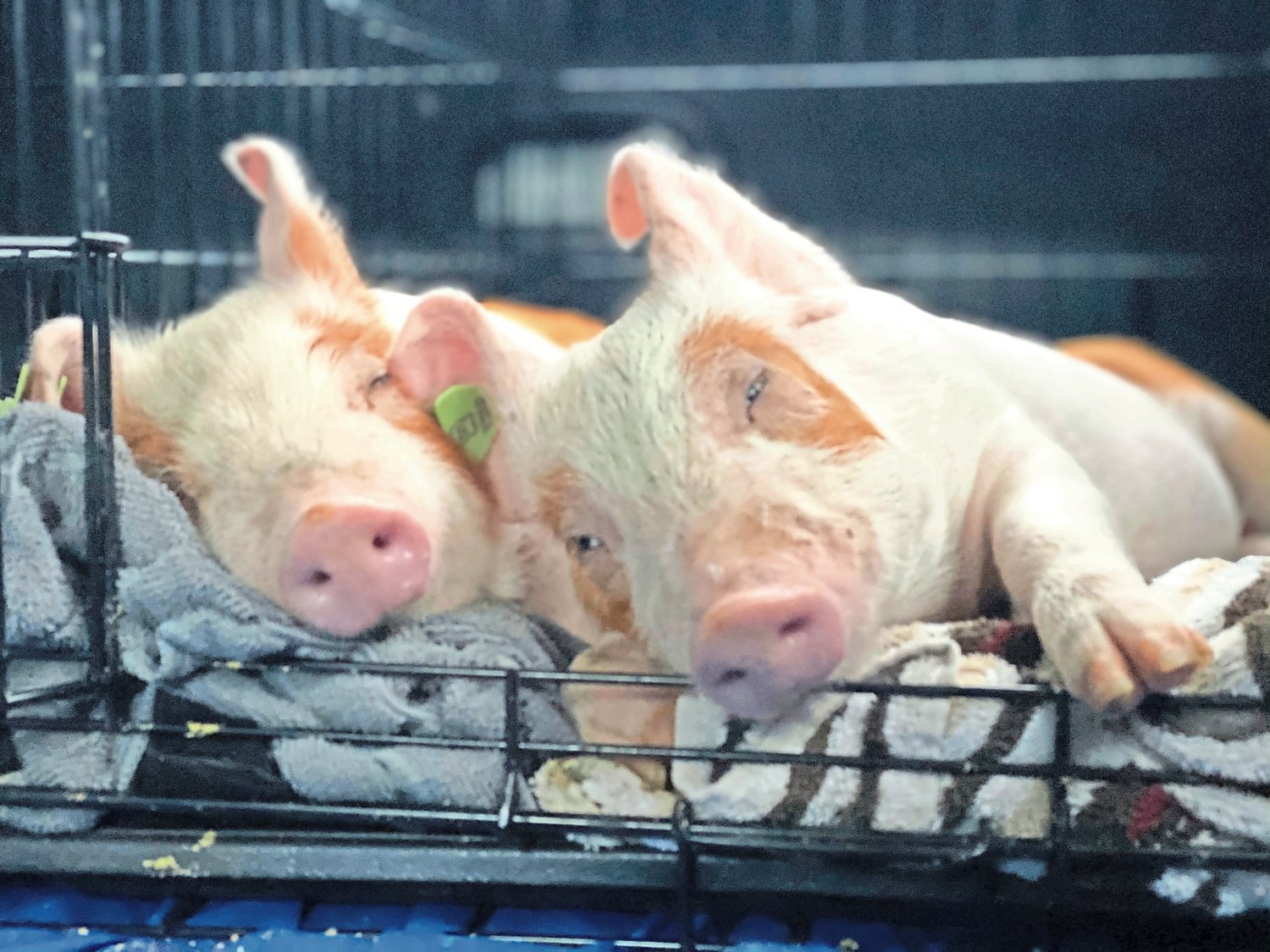 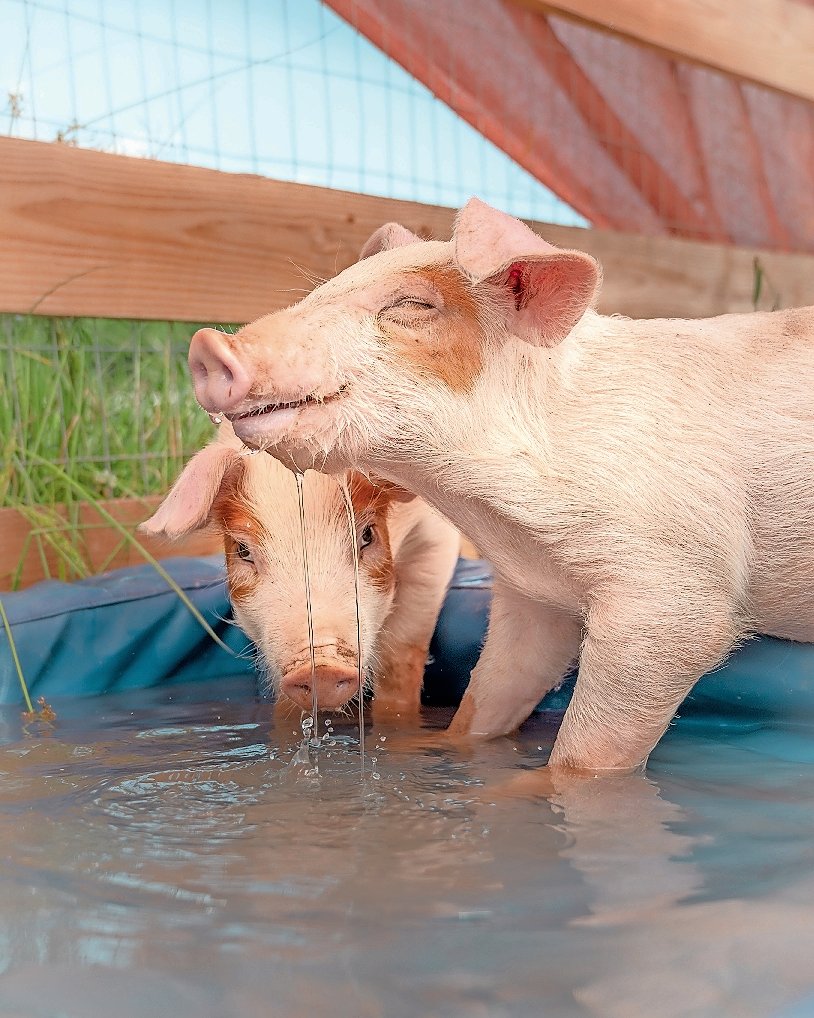 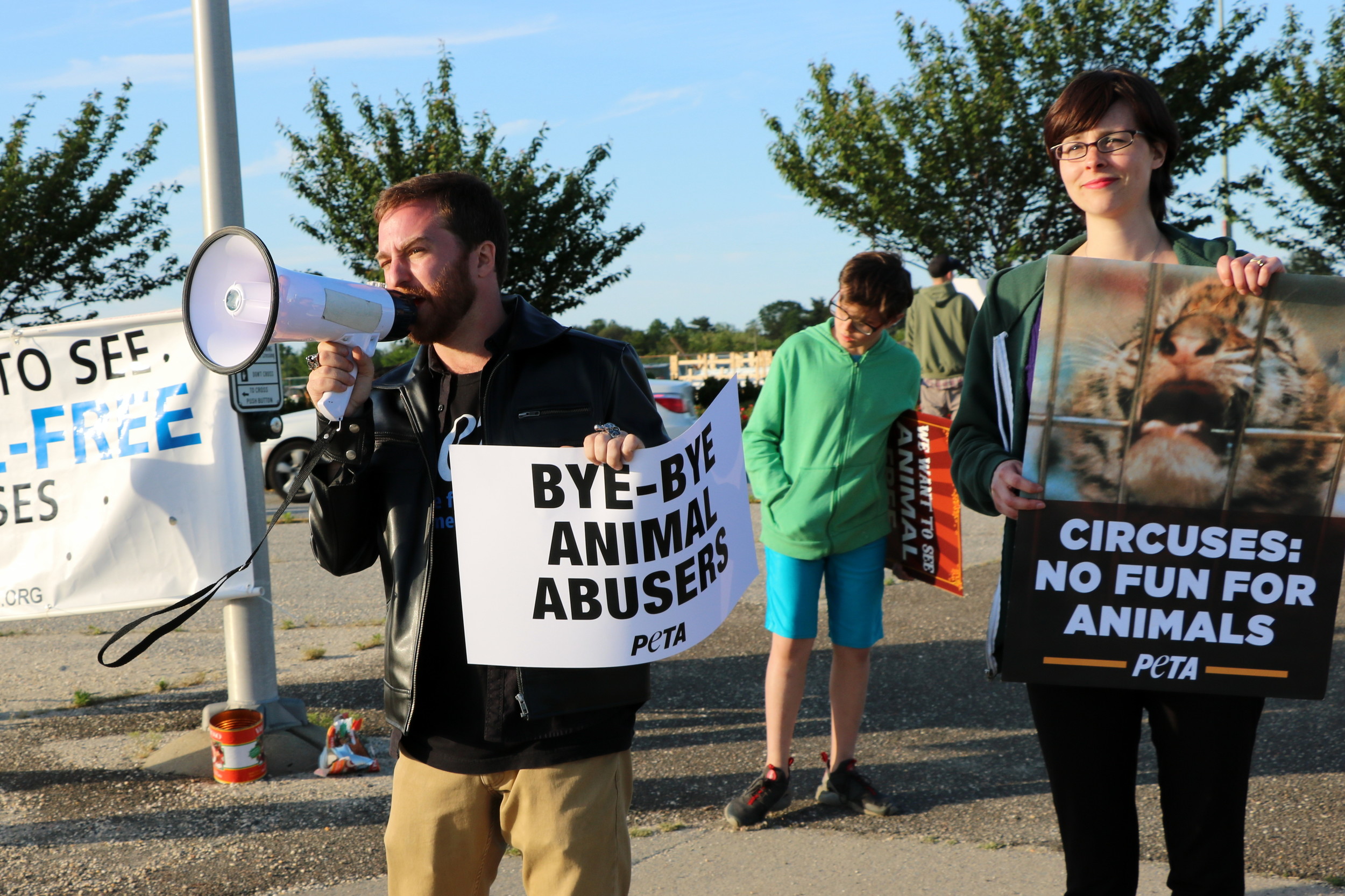 Di Leonardo, 32, a senior manager of People for the Ethical Treatment of Animals and the founder of Long Island Orchestrating for Nature, an animal-advocacy nonprofit, has spent a decade fighting for the safety of farm animals. His most recent rescue took place three weeks ago, when he persuaded Iowa farmer Dwight Mogler, of Mogler Farms, to spare two pigs that were about to be sold for slaughter.

“Unfortunately, this is the standard for most animals at factory farms,” Di Leonardo, who toured the Iowa farm last month, said of the conditions in which animals are kept. “I’m glad he was willing to do the right thing . . . at least for these pigs.”

The two pigs, Regan and Russell, were named after Regan Russell, a longtime member of PETA, which is based in Norfolk, Va., who died last month when she was run over by a pig-transport truck outside a Toronto-area slaughterhouse during a peaceful protest. “We decided that we need to ramp up this effort,” Di Leonardo said, “and I wanted to ensure that Regan didn’t die in vain.”

Di Leonardo said that PETA had informed him that during the coronavirus pandemic, some farmers have killed pigs by turning off the ventilation in their enclosures and closing the windows. The animals eventually die of heat exhaustion. While Mogler Farms did not use this method, Di Leonardo said he was working to persuade Mogler to send all of his animals to sanctuaries and make the transition to vegan farming instead.

“That’s part of my biggest priorities right now,” Di Leonardo said. “He kills 150,000 pigs a year, and he has 3,000 mother pigs that do nothing but have babies. That all has to change.”

Di Leonardo added on July 15 that the two pigs had tested positive for B. coli, and that they are now being inspected by the U.S. Department of Agriculture’s Food Safety and Inspection Service.

“We must do more to ensure that these sweet pigs from the heart of the pork industry are not going to be the only ones who live out the rest of their lives at a sanctuary, choosing when to frolic, where to forage and how to spend their time,” PETA President Ingrid Newkirk said in a news release, referring to Regan and Russell. “PETA encourages everyone to show kindness to all living beings and to honor Regan Russell’s legacy of compassion by going vegan and getting others to join you.”

Regan and Russell have begun their new lives at Arthur’s Acres Animal Sanctuary in upstate Parksville. Di Leonardo, who is friends with Arthur’s Acres founder Todd Friedman, and the two flew to Iowa together, one of several rescue trips that they have taken together. The two chose Mogler Farms because Iowa is considered to the nation’s pork-producing capital.

“It’s always wonderful to have a partner in rescue,” Friedman said. “It was a rough time for us to take on new pigs, but we’re proud that we did it.”

Friedman, who founded Arthur’s Acres in 2018, said that the farm was shut down during the pandemic, and relied heavily on monthly donations. In addition, the barn had burned down in November. Now that it is repaired, he said, he hopes to continue the farm’s mission of rescuing and rehabilitating abused animals.

“We also want to open up people’s eyes for them to see what we see,” Friedman said. “They don’t have to change overnight, but we want to help them make little changes that will end up making a big impact.”

Di Leonardo, who has helped to rescue other animals such as goats, ducks and chickens, said he hoped his recent rescue would inspire others to get involved. “The fact that someone like myself from PETA is working with a factory farmer shows that anyone is reachable,” he said. “I think that we should never be afraid to speak up, and we should never be silent.”