Salk Middle School student dubbed a pioneer of the gridiron 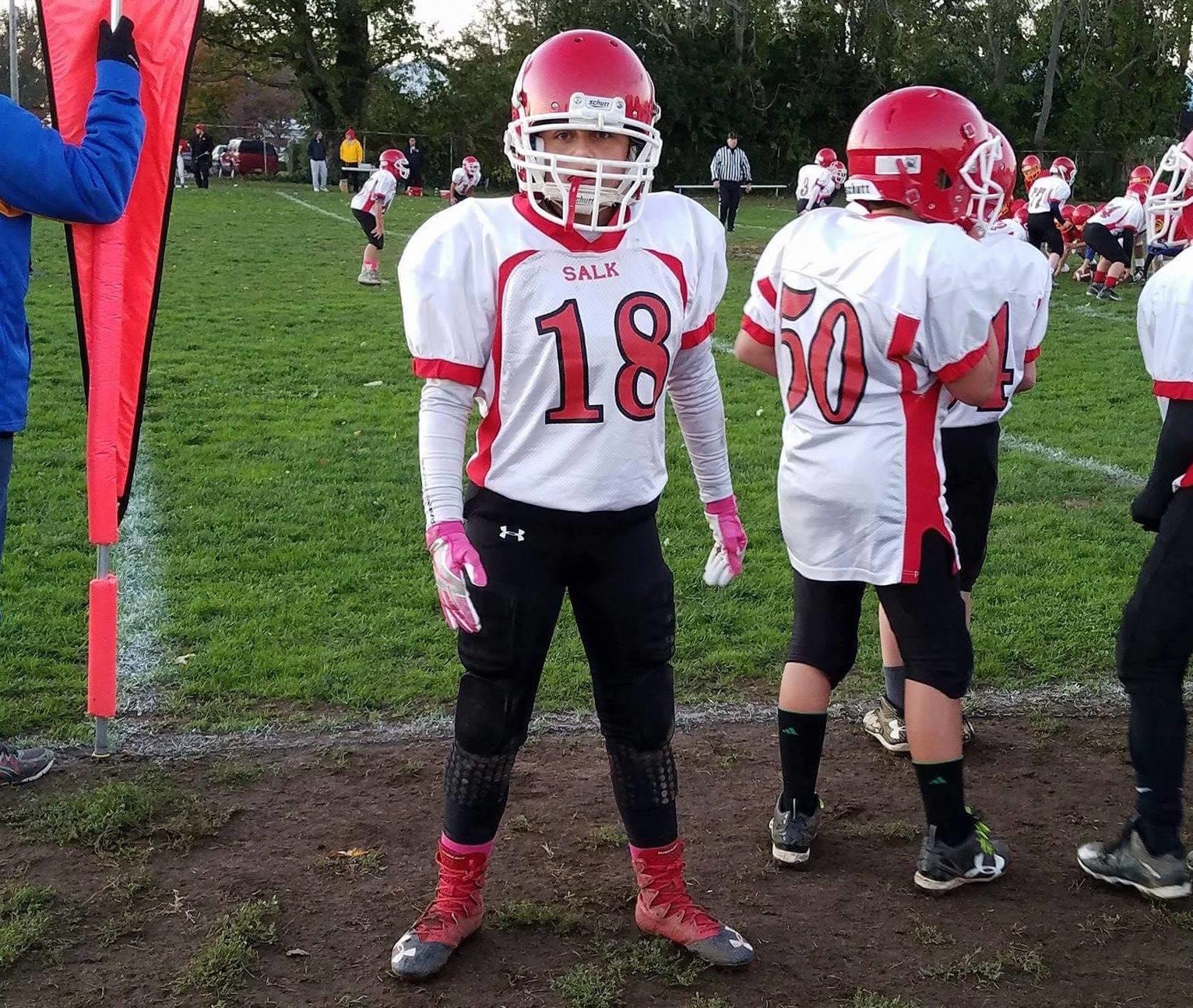 Wantagh, Seaford and Levittown residents might have noticed the brown ponytail sticking out of a Salk Middle School seventh-grade football player’s white helmet while cheering on the Seahawks this fall. That player was Gia Stamatelo — a 13-year-old girl who said that she is never afraid to line up alongside local boys on the gridiron.

“I think that the most important thing is that she is … a pioneer and a woman in football,” said Dan Agovino, the dean of students at Salk. “She is bringing diversity to the sport, which, I believe, we really need.”

Agovino said that Stamatelo has paved the way for girls to play football at the Levittown school, which takes in students from northern sections of Wantagh and Seaford.

Just before Women’s History Month, the school district announced that Stamatelo was being honored as a local trailblazer in the sport. The Women’s Gridiron Foundation and the U.S. Women’s Football League named her the 2017 National Game Changer Award winner this winter as well.

Stamatelo was a linebacker and running back for the Seahawks. The seventh-grade team went undefeated this academic year.

For both her successes on the field and her drive and dedication to the sport, Stamatelo was presented with the Game Changer Award at a January ceremony in Orlando, Fla. Representatives of the Women’s Gridiron Foundation said on its Facebook page that her “game-changing and ceiling-shattering efforts” should serve as an inspiration for young girls to pursue their dreams with self-respect and without fear.

“It makes me feel great that people see me this way,” Stamatelo said. “I feel women are as capable as men to play football.”

About 1.1 million students at more than 14,000 high schools across the country played football during the 2015-16 academic year — with 1,964 girls playing on teams at 576 schools, according to a survey published by the National Federation of State High School Associations in August. The report did not include middle school statistics.

“I wanted to be just like her,” she said. “But after those few days, I had to tell my mom that cheerleading wasn’t for me. I wanted to be a football player.”

A few years later, Stamatelo went on to play football for both the Red Devils and her school team. The honor student also plays lacrosse, volleyball and basketball.

Although all of her teammates on the Salk football team are boys, Stamatelo said that she has received encouragement and support from them and other students. “I’ve been playing football with a lot of the guys since I was 5,” she said. “We grew up together.”

She said that she plans to continue the sport and to try out for the eighth-grade team next fall. She hopes to earn a spot on the varsity squad at MacArthur High School eventually, she said, and play professionally for the New York Sharks, a women’s team based in Brooklyn.

Agovino said that even if Stamatelo doesn’t pursue football on a professional level, he hopes she’ll stay involved by becoming a coach or official. “It’s people like Gia that will open up the doors to change,” he added. “I think she’s on her way.”