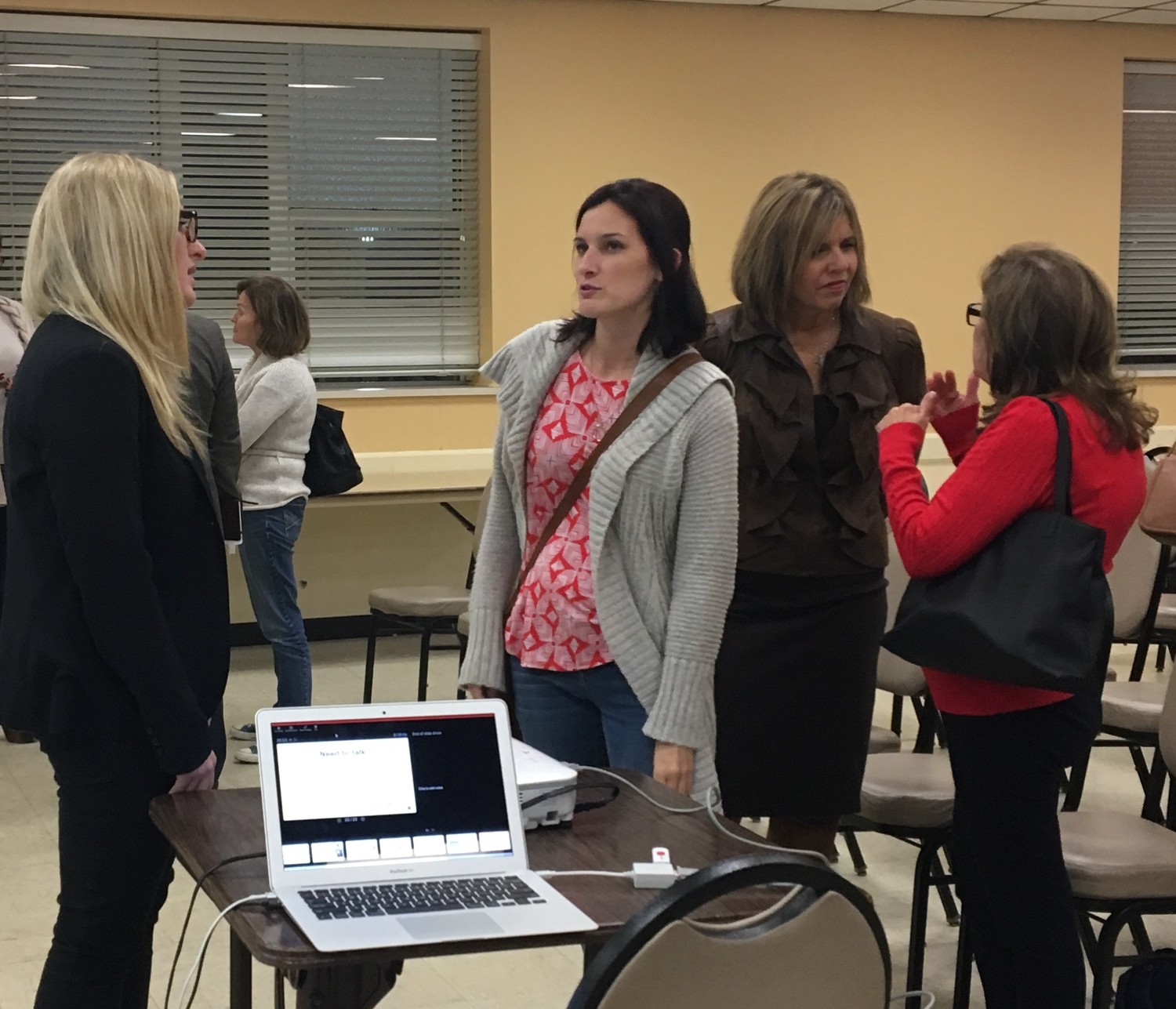 "The only way we’ll get out of this is to change the community norm. Prevention is the key to solving this insidious epidemic."”
Linda Ventura, Mother of a teen who died of an overdose
By Alyssa Seidman

CASA invited two guest speakers, Linda Ventura and Reisa Berg, to share information on the opioid epidemic and its effects on families and the wider community.

Ventura began by playing an audio clip detailing her son’s journey through addiction. Thomas Ventura died of a heroin overdose in 2012, at age 21.

“Using that first substance ignited a disorder in his brain,” his mother said, “and we can’t allow our kids to go down that path.”

Thomas was a victim of substance use disorder, she said, adding that his death was an example of failure at an outpatient facility. Although he sought rehabilitation, more needs to be done, she said, in the earlier stages of drug addiction.

“We need to become empowered and educated about substance use disorder,” Ventura said, “because it’s not just a disease of the individual — it’s a family disease.”

Berg, North Shore High School’s new social worker, gave a PowerPoint presentation outlining how substance use disorders progress, how to identify signs and symptoms, and what resources can be used for treatment.

She said that the average age of those using drugs for the first time was 11 in 2015, and is getting younger each year. She also presented a continuum of the progression of drug use, noting that it used to take the average user six to eight years to progress from first use to full-blown dependency. Now it takes around six months.

Berg said that substance use disorders now often take root in adolescence. “Users are moving along this continuum faster than ever before,” she added. “Just because there may be normative behaviors with use doesn’t make it OK.”

The presentation included a warning that certain drugs, like marijuana and heroin, have higher potency levels today than ever before.

Berg concluded by sharing treatment resources for substance use disorder, noting that addiction is treatable with coping skills including exercise, relaxation techniques and mindfulness. But the most important technique, she said, is differentiating drug awareness from prevention.

“Drug awareness is being at the base of a river and telling users who are in the river that there’s a cliff up ahead, and that cliff represents addiction, and then sometimes it’s too late [to save them],” Berg explained. “Prevention is being at the top of a hill [ahead of the problem] and warning them about the cliff before they get there.”

Diane McGrath, the president of North Shore CASA, said she believed that the event, which was full to capacity, was a great resource for the community. “The speakers really touched upon things that people needed to hear, and we’re hoping to do more programs like this,” she said.

“The only way we’ll get out of this is to change the community norm,” Ventura said. “Prevention is the key to solving this insidious epidemic.”