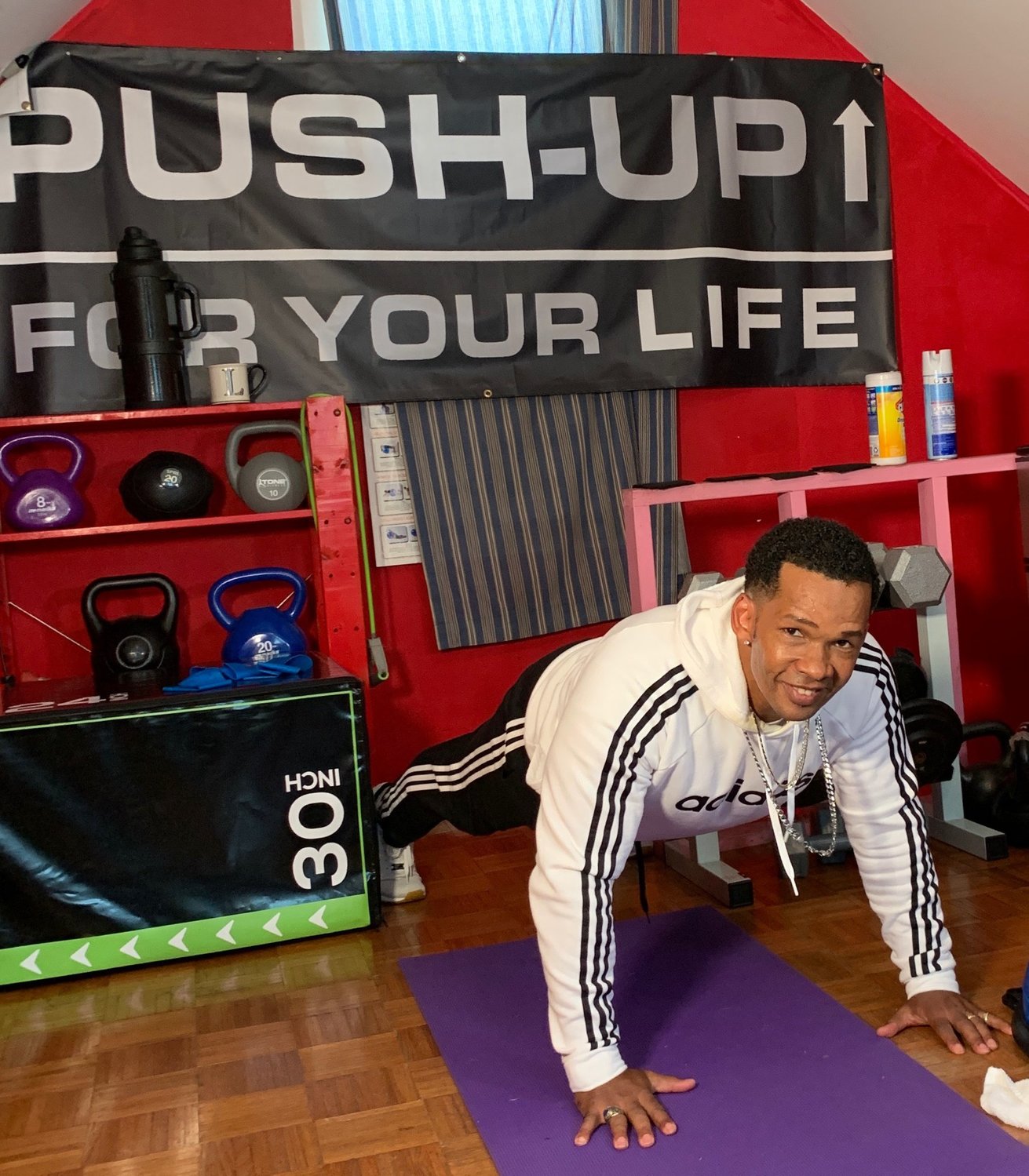 Amid a global pandemic that has fostered uncertainty and protests on all sides of the political spectrum, inspiration can be hard to find. But Lancelot Theobald Jr. used his passions for dance and fitness to facilitate change and created the Push Up For Your Life campaign, a 10,000 push-up feat that raised $10,000 for the Equal Justice Initiative.

Not only have Theobald’s charitable actions benefited EJI, but the Bethany House, as well, in its efforts to tackle homelessness among women and children on Long Island. Theobald sits on the board of the Baldwin Bethany House.

Theobald said he grew “uncharacteristically depressed” in late May, and attributed his personality change partly to the death of George Floyd. On May 25, Floyd, a 46-year-old Black man, died after a Minneapolis police officer, Derek Chauvin, pressed his knee into Floyd’s neck for more than eight minutes before he stopped speaking or moving.

“The whole George Floyd thing just completely affected me in a way that I never thought it would,” Theobald said. “It surfaced a lot of things that, as a Black man, you learn to suppress, to keep going.”

Theobald grew up in Brooklyn and moved to Long Island when he was 17. He recalled experiencing acts of discrimination and police brutality. The feelings flooded back as he watched similar events unfold.

“With the pandemic and everything, I started to get a little uncharacteristically depressed,” he said. “I wasn’t going to the gym — I couldn’t go to the gym, actually, and I started feeling things I haven’t felt before.”

Along with the inability to train and teach his clients or work on his numerous acting endeavors in person due to the Covid-19 pandemic, Theobald wasn’t feeling like himself.

“Then I had a conversation with one of my dance groups, MOMZ-N-DA-HOOD, and for the first time, they were expressing how they were outraged about what was going on,” Theobald said. “And then I said actually, this stuff has been going on for years. This is a part of the fabric and DNA of America, quite frankly. But as we talked I started feeling as though I needed to do something.”

MOMZ-N-DA-HOOD, he explained, is a group of mothers that is known globally — the first in the world of break dancing mothers who learned how to dance in their forties and fifties. Theobald is the crew’s director and choreographer.

Barbara Adler, founding member, dance captain and public relations director of MOMZ-N-DA-HOOD, has known Theobald for nearly two decades and recognized a change in her friend. Soon after, Adler and the other members of the dance crew held a Zoom meeting not to dance, but to talk.

“We also knew as a Black man in America he may be having a lot of feelings about what was going on,” Adler said, “so we wanted to check in with him.”

They devised a plan based on Theobald’s tendency to push his fitness goals to the extreme. “He started talking about sometimes when he’s really, really like that he does these odd physical challenges and we kind of knew that about him,” Adler said. “He’ll do 5,000 sit-ups.”

With a background in professional football transitioning to a career as a professional dancer and fitness trainer, Theobald was physically prepared for the challenge. His passion for fitness and dance is evident in his “AB-SOLUTE-FUSION” workout program and choreographing and directing MOMZ-N-DA-HOOD to national recognition. As Theobald said, “to have both of those disciplines together drove me to be able to accomplish 500 push-ups and stay consistent.”

“The numbers are scary, but when you break it down and understand your discipline . . . it becomes doable,” he said. “But you have to be ready mentally and physically.”

Push Up For Your Life began on July 1. Every time Theobald entered his home gym to do a set of 500 push-ups, he recorded the session, including rest periods to maintain the integrity of his project. He wanted donors and viewers to know he was accomplishing his goal and that their money was going to something real.

“It was very important to me that the people see everything,” Theobald said. Whether it was streaming on Facebook Live or recordings sped up by Adler, the proof of every push-up can be found on the Push Up For Your Life Facebook page and @absolutefusionfitness on Instagram.

Adler used her marketing skills and charismatic personality to add another element to the Facebook live sessions, becoming the unofficial social media manager for Push Up For Your Life.

“It started getting a little boring with me just doing push-ups and sit-ups,” Theobald said, which is where Adler’s captivating personality came in.

The Facebook Live sessions of Theobald completing 500 push-ups went from one man exercising for a great cause to Adler bringing in children’s instruments to entertain those who tuned in while chatting which each viewer.

“A little show developed,” Adler said. “It got weird. I knew when people came on you have to engage with them, right? So I’m friendly and can be sometimes funny, so I would chit chat with the people coming on and that became like a show!”

The addition of the MOMZ-N-DA-HOOD captain received a great response from the audience and donations started to double, then triple.

The Push Up For Your Life campaign developed a community of supporters outside of those involved, and who directly related to Theobald. Some of the same viewers were making multiple donations, and the ferocity to reach 10,000 push-ups was tenfold.

“Unless you were going to kill me I was not going to stop,” Theobald said. “It wasn’t just about me anymore. It was about accomplishing this goal to help other people out. That’s what motivated me to get up.”

Adler noticed that the transformation for him was profound.

When the Push Up For Your Life Campaign neared its goal, Theobald began extensive research into which organization to donate the funds to, to make the biggest impact. He decided on the Equal Justice Initiative, a nonprofit organization dedicated to ending mass incarceration in the United States.

The check was mailed on Aug. 27 and the donation to EJI was received on Sept. 2, solidifying $10,532 going directly to a cause Theobald is “very affectionate about,” due to directing “a whole documentary on a guy that was arrested and in jail for 40 years for something he didn’t commit. Similar to EJI, a lawyer got his case and got him out after 40 years,” Theobald said. This accomplishment is documented on the Push Up For Your Life Facebook page.

“I understand what it is to have, but I also see what it is not to have,” he said. “I always thought it was my responsibility to give back, use my talents in any way that I can to do something to give back.”

“Everybody is the best that they can be when they’re with Lance,” Adler said.

To watch the mothers of MOMZ-N-DA-HOOD do what they do best, visit @momzndahood on TikTok or momzndahood.com for more information.