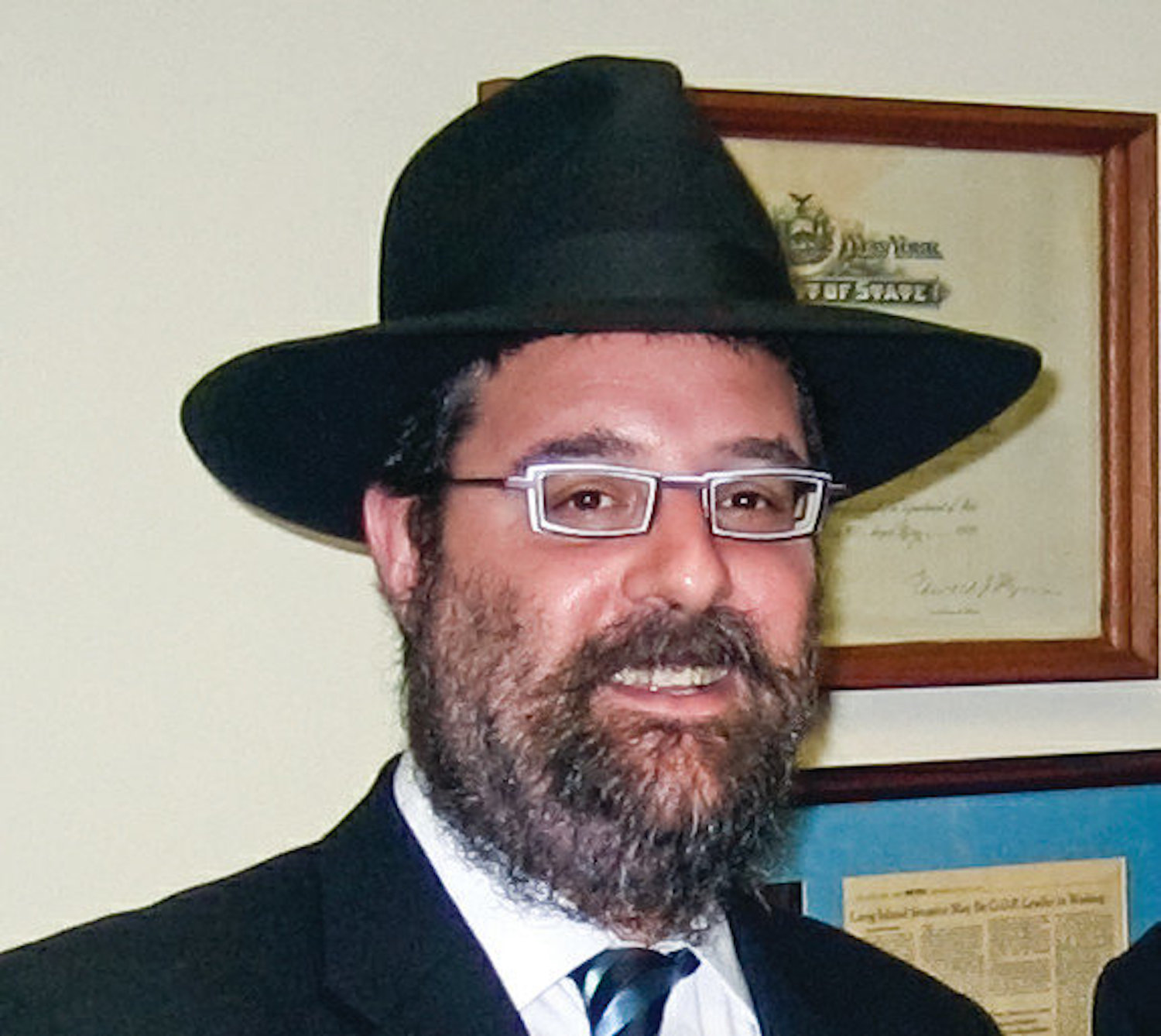 Rabbi Levi Gurkov is the Oceanside/Island Park Herald's 2020 Person of the Year.
Courtesy Chabad of Oceanside 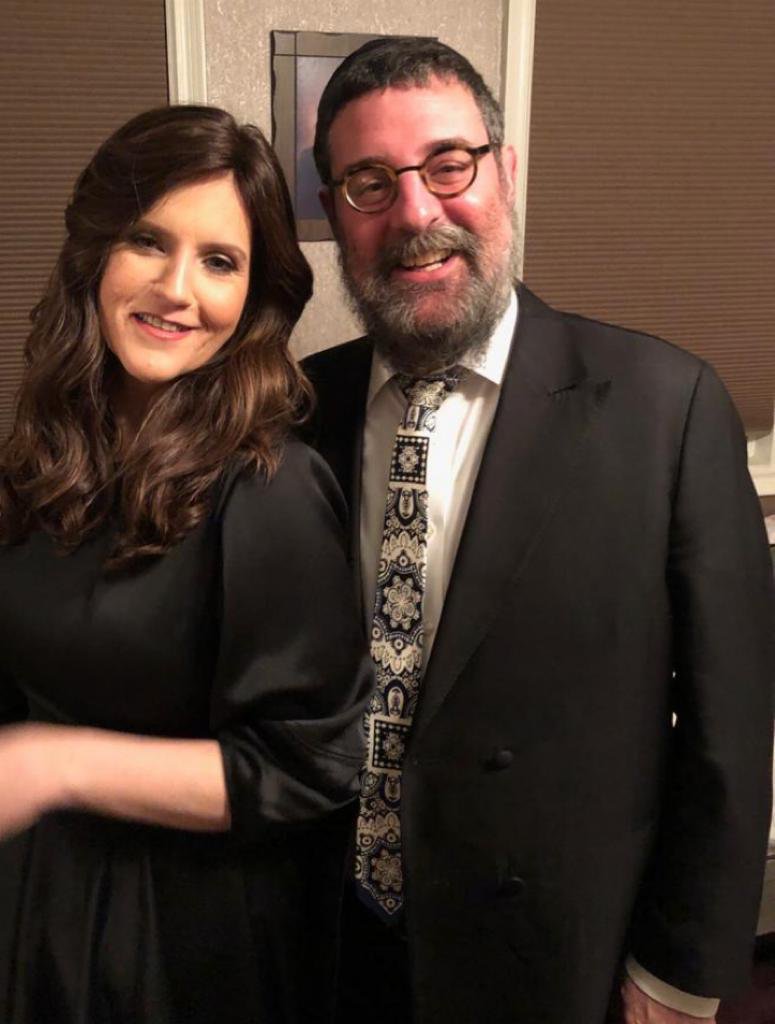 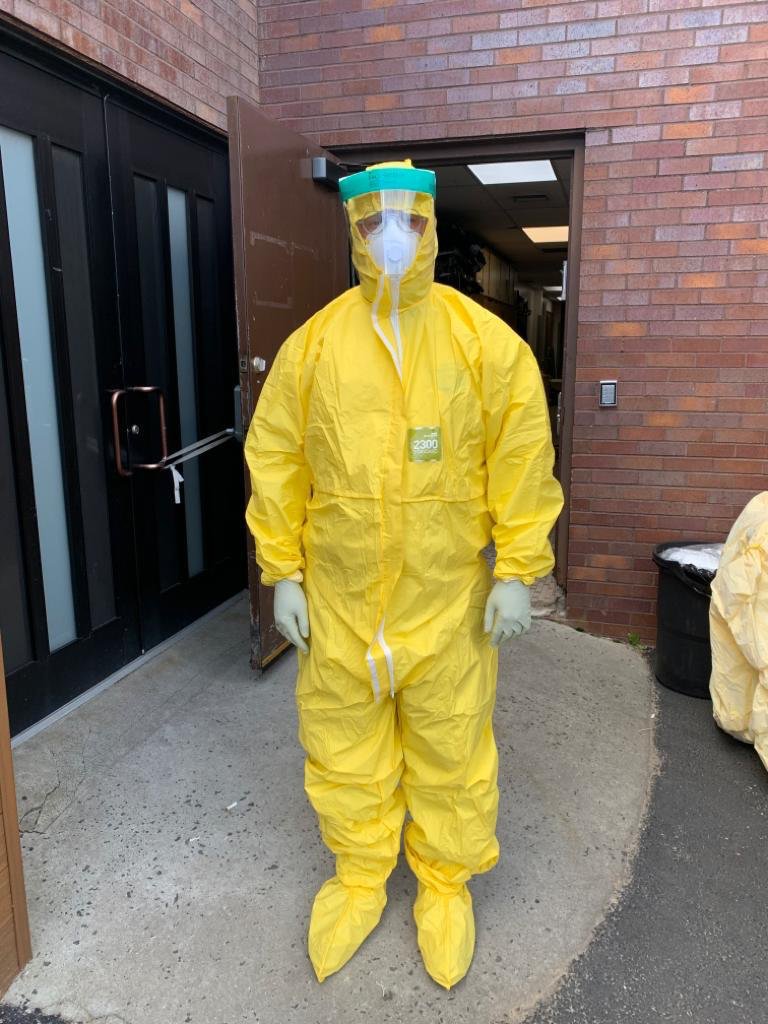 Gurkov is a member of the chevra kadisha, or “secret society” that ensures that bodies of deceased Jews are prepared for burial according to Jewish tradition, and continued to do the job after the pandemic, though he had to protect himself from head to toe.
Courtesy Soshie Gurkov 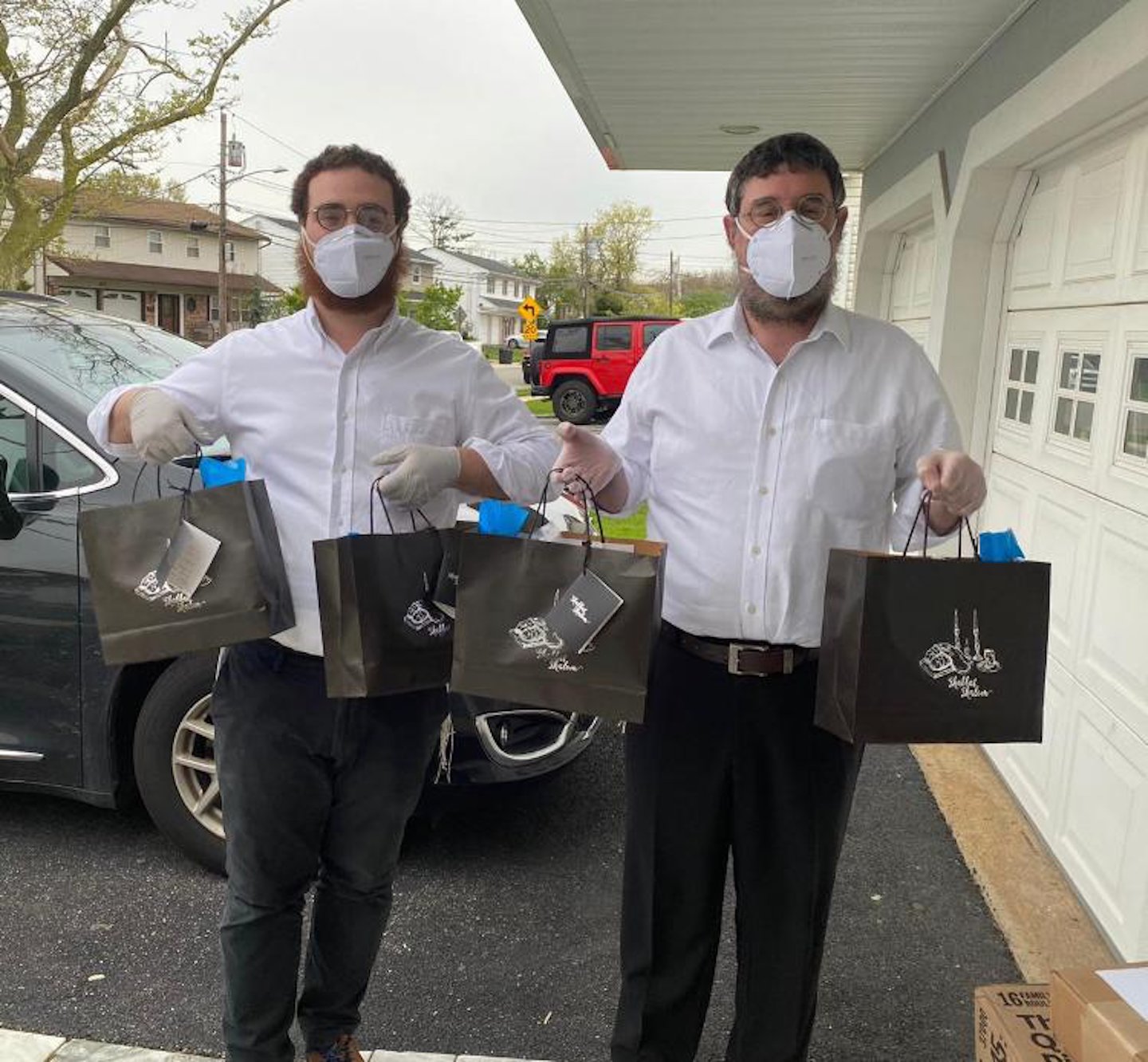 Between serving as the rabbi at the Chabad of Oceanside, a chaplain for Mount Sinai South Nassau hospital and the Oceanside Fire Department, and a member of the chevra kadisha, or “secret society” that ensures that the bodies of deceased Jews are prepared for burial according to Jewish tradition, Levi Gurkov rarely has time to himself.

According to his friends, family members and Chabad congregants, he wouldn’t have it any other way.

“He’s like the psychologist in residence in Oceanside,” said Carol Katz, who has belonged to the Chabad for about 15 years. “If you have a question, a family problem, a personal problem, a marital problem, he’s there for you. He opens his doors. If he gets a call in the middle of the night, he’s there for the community. He will run if he thinks he’s needed.”

For all he has done for the community for the past two decades, especially during the coronavirus pandemic, Gurkov, 49, is the Herald’s 2020 Person of the Year.

Katz recalled that when her elderly mother, Miriam Ellenbogen, was frequently stuck at home alone because she didn’t work, Gurkov often stopped by to chat with her and keep her company, and was one of the first people to come to Katz’s house after her mother died about 12 years ago.

Gurkov and his wife of 26 years, Soshie, founded the Chabad of Oceanside 20 years ago, and have become a fixture in the community after two decades of service. Levi Gurkov was born in Montreal and moved to the U.S. in the early 1990s, settling in Brooklyn before moving to Oceanside, and graduated from the Rabbinical College of America. The Gurkovs raised seven children together, Liba (Zev Bumgarten), Menzel (Rivka), Chaya, Sara, Sunny, Tzippy and Chana, and have four grandchildren, Chuma, Musa, Chana and Sonia. Bumgarten, their son-in-law, affectionately known in the community as Rabbi Zev,  also works at the Chabad.

Soshie Gurkov said her husband’s roles at MSSN, volunteering for the OFD, working as a member of the burial society and serving as the Chabad’s spiritual leader have all been amplified during the coronavirus pandemic.

“He was able to administer last prayers for people who were ill and dying,” she said. “He was able to comfort families at the fire station. He was there suiting up head to toe in protective gear to perform the proper Jewish burial, which includes many rituals. He took care of that. It didn’t matter if you were a member of the Chabad or not, he was there for anyone who needed him.”

The Gurkovs’ desire to get involved started decades ago, and came to fruition when Chabad of Mineola Rabbi Anchelle Perl appointed them to form the Chabad of Ocean-side in 2000.  Perl said that Gurkov’s sense of commitment and community spirit ultimately led to his appointment as rabbi.

“He has an unsung-hero side to him, because outside of all the typical Chabad work that he’s doing in the area, how he reacted to [Hurricane] Sandy and now with Covid is extraordinary in a really hands-on way,”  Perl said. “I think it’s an amazing partnership with his wife. They both are in this together in so many different ways. The approach, the programs, creating a way of reacting to Covid — neither of them got tired of it.  They just kept going and are still doing it.”

Gurkov was also instrumental in keeping the Chabad active at the height of the pandemic, quickly shifting classes and services to the video platform Zoom, going door to door to deliver care packages to those in need and to congregants before Friday evening Shabbat services, and sending gift bags to community members as well as going food shopping for seniors.

Additionally, the Chabad organized outdoor drive-in activities and celebrations during the summer,  including a drive-by parade at MSSN to support front-line workers,  and Gurkov offered several virtual celebrations for Rosh Hashanah and Yom Kippur. He also drove to congregants’ homes in his pick-up truck to provide them with a portable Sukkah, or hut, for Sukkot in September, and dropped more care packages and goodie bags during Thanksgiving and Hanukkah, which included pies and messages of gratitude and hope for the future.

Chabad member Ilyana Meyer said the entire Gurkov family has been there for the community during the pandemic.

“They have all been so instrumental in keeping our Jewish community engaged, seen and taken care of during the hardest of times,” she said.  “They are true heroes and people who should be honored.”

“Even all that we see is just the tip of the iceberg,” he said. “I guarantee that Rabbi Gurkov and his family are doing much more without seeking credit or acknowledgement in any way.”

When Gurkov isn’t racing around the community and helping others, Soshie said,  he enjoys reading and bike riding with his daughters, and is also a history buff.  She said her husband is fascinated by the stories of Holocaust survivors and will spend hours at a time listening to their harrowing journeys of survival.  Under regular circumstances, he also loves to travel,  Soshie said.  She noted, however, that he is most happy when he is helping others.

“I know being married to him all the roles he plays, and for him it doesn’t matter, recognition or no recognition,” she said. “For him, he’s helping people, and that’s all that matters. People can turn to him, and he’ll be there for them.”

As much as the Gurkovs have provided for the community, Soshie said she was also touched by how residents banded together to help one another during the height of the pandemic and that residents have remained united as it rages on.

“We feel fortunate to be in this wonderful community,” she said. “It’s a real feeling of community here and we feel the love. As much as it’s been very challenging, it’s also been very rewarding.  We know there is a light at the end of the tunnel, and when we get there, we’ll realize all of this had some light, too.”