Democratic candidates spar over the issues

A debate among Mike Sax, far left, DuWayne Gregory and Liuba Grechen Shirley, all running to unseat Peter King in the 2nd Congressional District, heated up at a Democratic candidates’ forum in Merrick on Jan. 25.
Rebecca Anderson/Herald 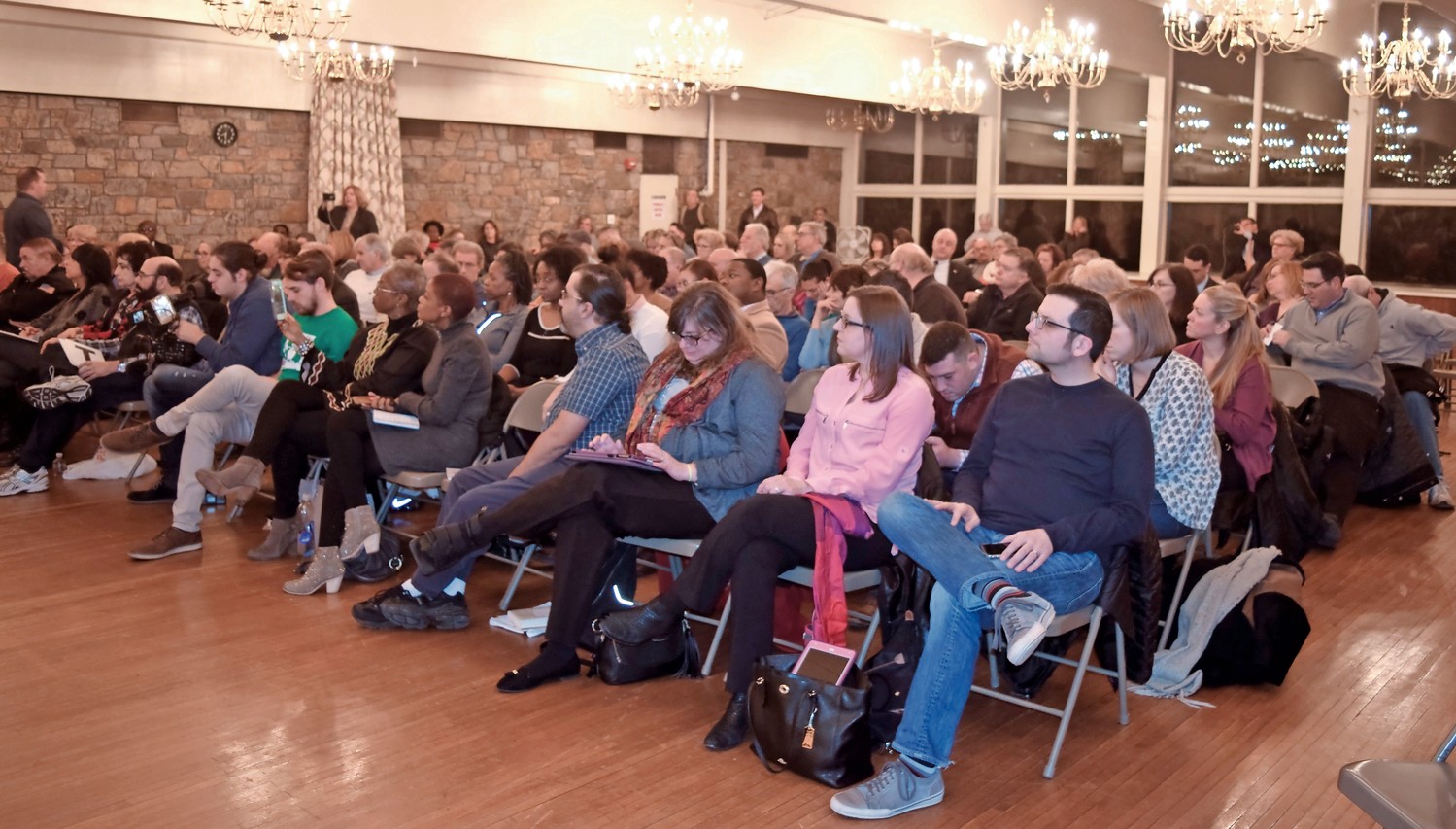 Gregory, 48, who lives in Amityville, has been the presiding officer of the Suffolk County Legislature since 2014 and the majority leader since 2011. He contended that his years in public service have given him the experience to provide the “common-sense leadership Washington needs.”

“My parents taught me the importance of giving back to your community and your country,” Gregory said. “I will fight every day to make sure that Long Island families, our children and our children’s children have the opportunity to live the American dream.”

Shirley, who is also from Amityville, said that as a new mother, she has encountered many issues firsthand, especially health care and its costs.

“Women’s health care is under attack, and I will fight to protect women’s access to a full range of reproductive health care services, including access to contraception, safe legal abortions, and maternity and newborn care,” Shirley said. “Every woman, regardless of her income level, has the right to make her own decisions about her sexual and reproductive health without government interference.”

Sax, who is from Baldwin, has a background in finance and accounting, and said that his goals included keeping taxes low for Long Islanders and helping young people stay here. “Back in the ’80s and ’90s, they told you that if you had a college degree, you’d be fine and come out with a good amount of money,” he said. “Now, that’s just not the case.”

King, 73, a Seaford native, is currently in his 13th term in the House of Representatives. The 2nd District encompasses part of North Wantagh.

“I take every race seriously, but I’m especially proud of my record, and look forward to November,” King said in a phone interview. “I’ve been working across the board with different legislators, such as [Rep.] Kathleen Rice and Gov. Andrew Cuomo, on different legislation and on tax bills. The power is shifting from the Northeast, and it’s important we have people who can work well with one another. I work across party lines, and I get things done.”

King said he has $2.7 million available to spend on his campaign, which will focus on issues that matter to Long Island’s working families — protecting them from overtaxation, tackling the opioid epidemic, and improving infrastructure and storm preparedness.

The Bellmore-Merrick Democratic Club will meet again on Feb. 28 to discuss the upcoming primaries. The meeting, scheduled for the Merrick Golf Course clubhouse at 7 p.m., will be open to the public.