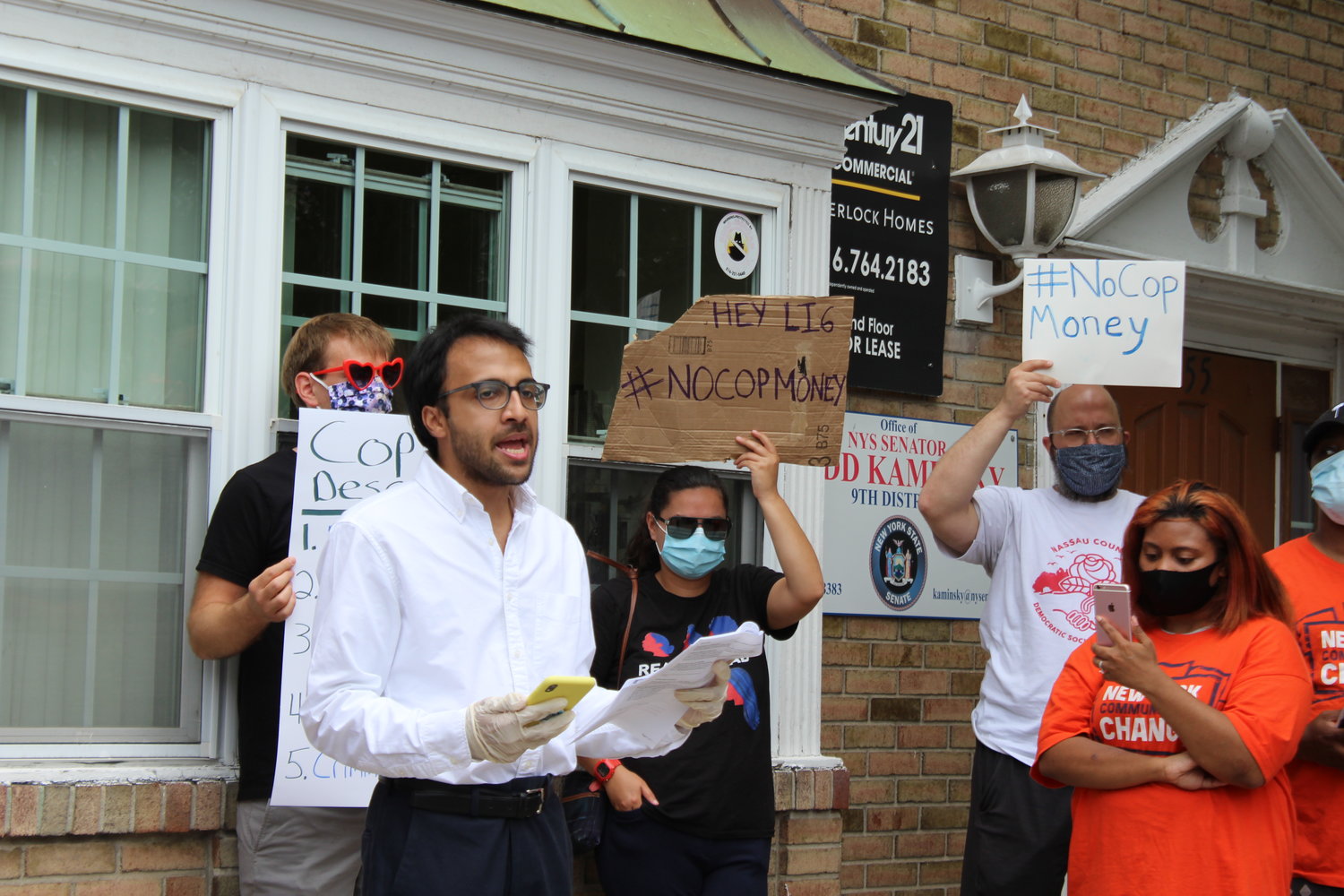 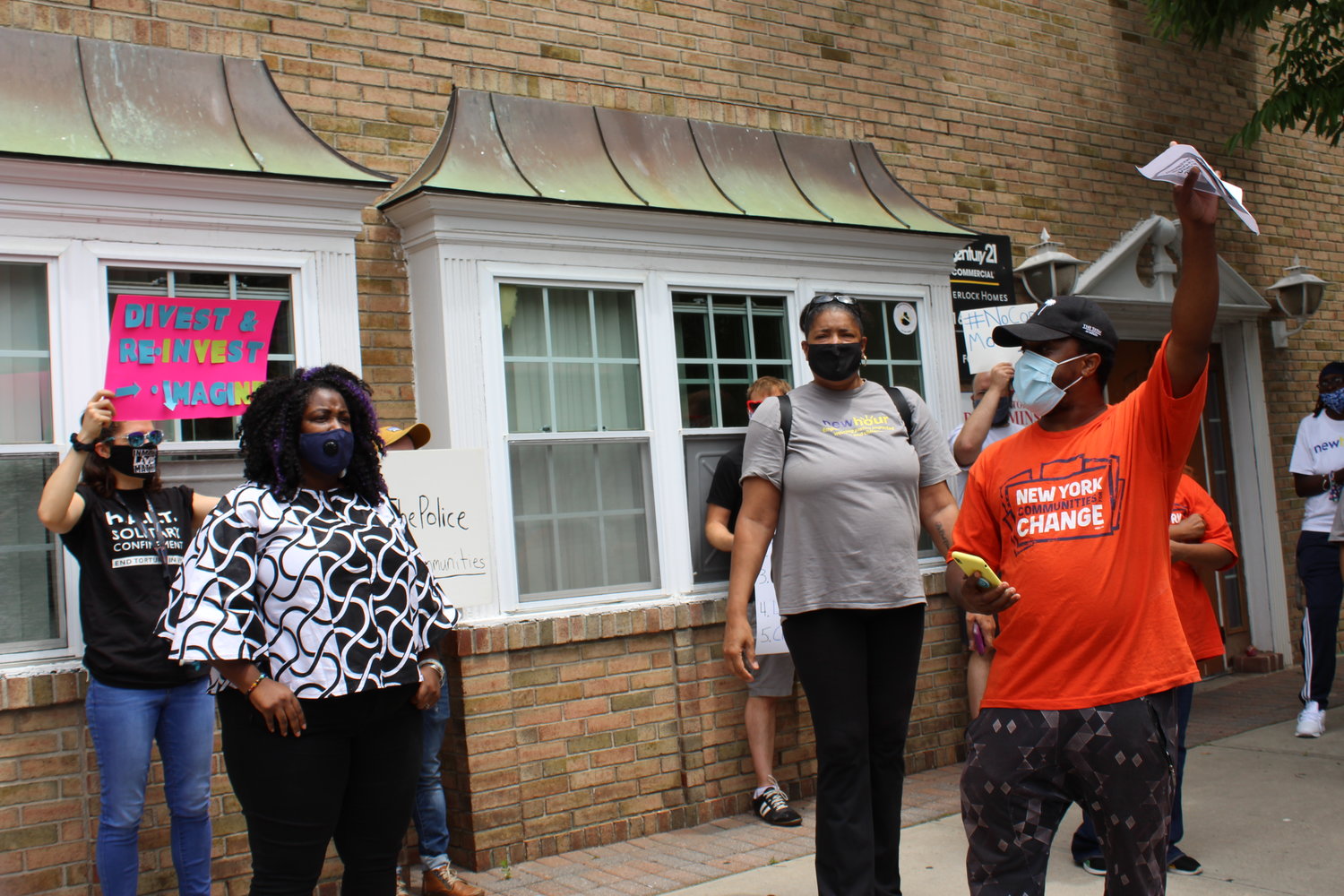 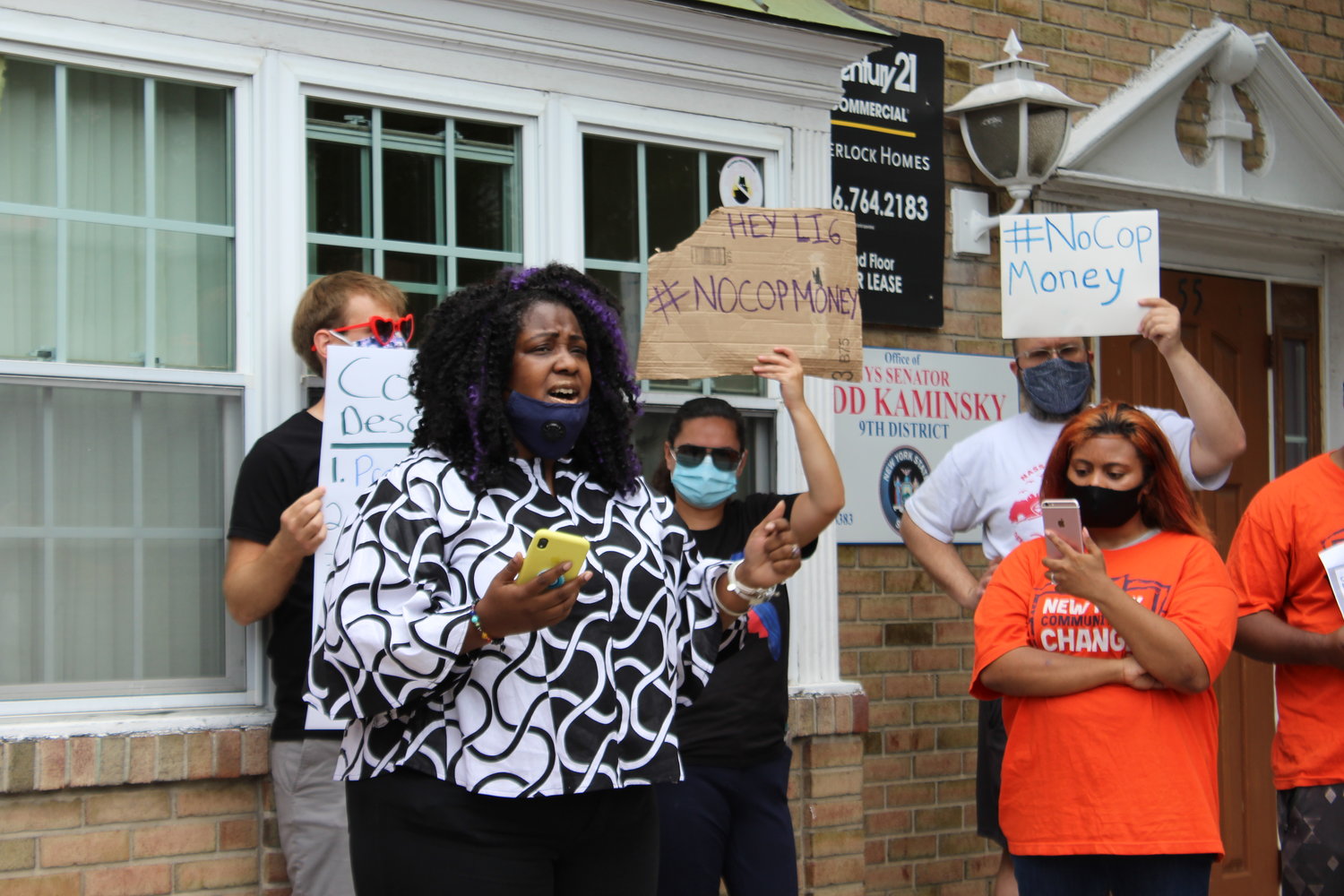 Protesters joined in front of State Sen. Todd Kaminsky’s office in Rockville Centre on June 18 to demand that he refuse campaign contributions from police unions.

They also asked that he donate $102,450 in funds from police unions, accumulated since 2016, to bail funds for protesters and organizations fighting for racial justice. They are asking this of six Long Island Democratic senators, but Kaminsky’s total amount is the largest.

“If [these senators] care about Black Lives Matter, they will not accept money from the very entities that are oppressing and harming our people,” said Danielle Donaphin, program manager of New Hour for Women and Children - Long Island.

“The police unions, the police system, is seated in structural and systemic racism,” said Shanequa Levin, of the Long Island Black Alliance. “How can you take their money?”

In a statement to the Herald, Kaminsky’s press officer, Steve Smirti, said that as a former federal prosecutor, the senator has prosecuted corrupt law enforcement. “Kaminsky knows no one is above the law and will continue to work tirelessly to ensure everyone receives equal treatment,” he said.

Last week Kaminsky voted in favor of police reform legislation that included the repeal of 50-a, banning chokeholds and the establishment of the law enforcement misconduct office, Smriti noted. He said that Kaminsky’s vote shows he “is beholden to no one and will always act with the best interest of his constituents in mind.”

Nikhil Goyal, an activist with Young Long Island for Justice, read the letter that more than three dozen local organizations have signed asking for the six senators to refuse police union dollars and donate what they’ve received to causes for racial justice. It is addressed to State Senators Kaminsky, Kevan Thomas, Monica Martinez, Anna Kaplan, James Gaughran and John Brooks.

“We greatly appreciate your votes in favor of the recent, sweeping legislation passed by the New York State Senate and Assembly to address the scourge of police violence,” it reads, “and we look forward to each of you introducing, sponsoring and voting for more legislation to protect black lives.”

However, the letter also notes that the senators have received thousands of dollars from police and corrections unions. “We are calling on you to take a public pledge that you will refuse and campaign contributions from police unions in the future to avoid a public of interest,” it reads. “Police unions have long opposed the most basic measures to root out corruption and misconduct within the force and address mass incarceration. They are among the greatest roadblocks to systemic changes to our criminal justice system.”

Throughout the demonstration, community leaders started chants of “Black Lives Matter” and “No Cop Money.” At the end, William Bailey, an organizer for NY Communities for Change, led the song “I Can’t Breathe,” which in recent years has become the rallying cry for the Black Lives Matter movement. The full song was written by the siblings of Eric Garner, a New Yorker who died by a police chokehold in 2014, and the lyrics are:

I still hear my brother crying, ‘I can't breathe’

Now I'm in the struggle singing, ‘I can't leave’

We calling out the violence of the racist police

And we ain't gonna stop — ‘til our people are free!