New public housing complex is in the works 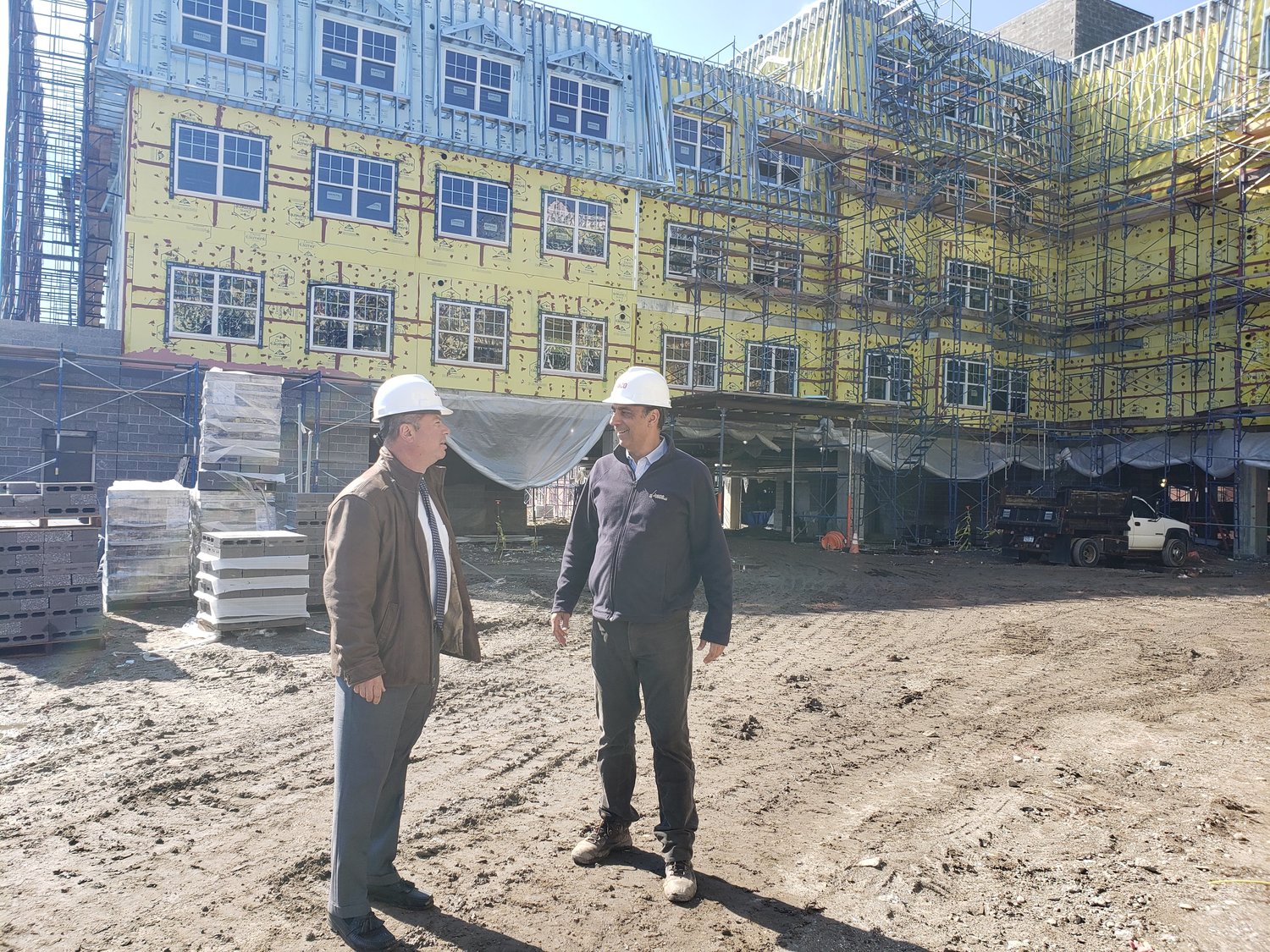 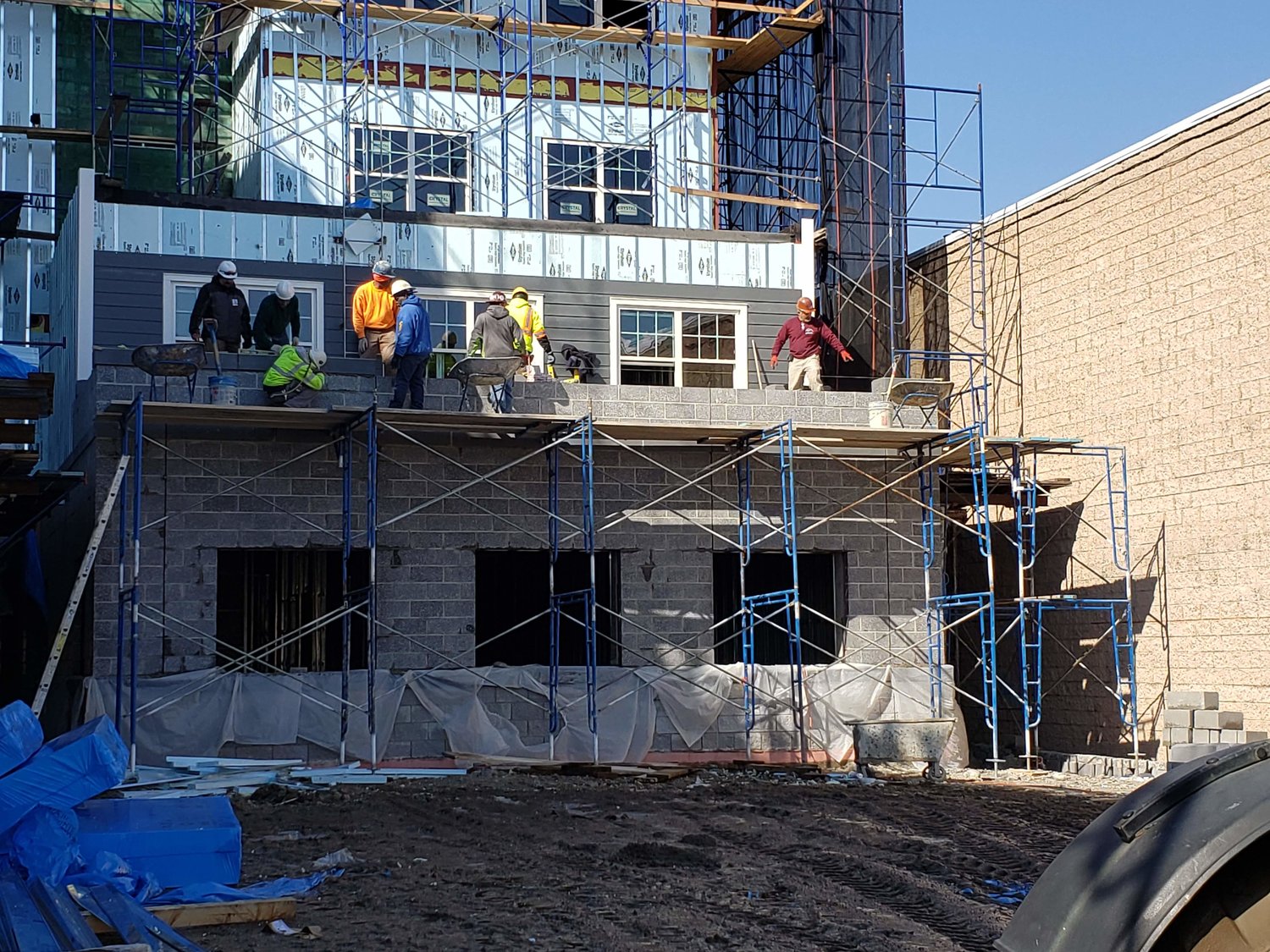 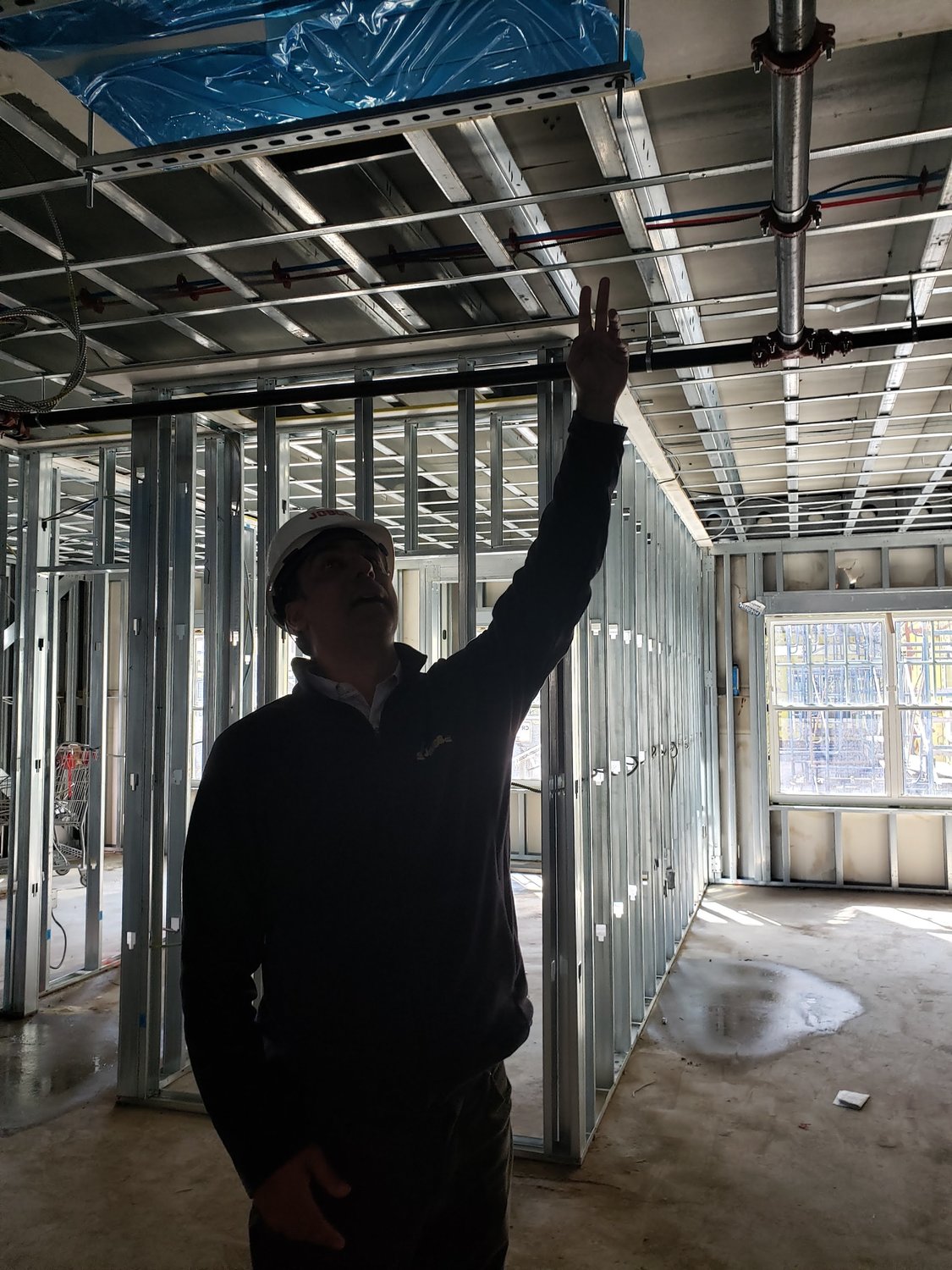 Jobco’s project manager, Spiros Triantafyllou, pointed at the central heating and air conditioning in one of the apartments under construction at the new Moxie Rigby in Freeport.
Nadya Nataly/Herald 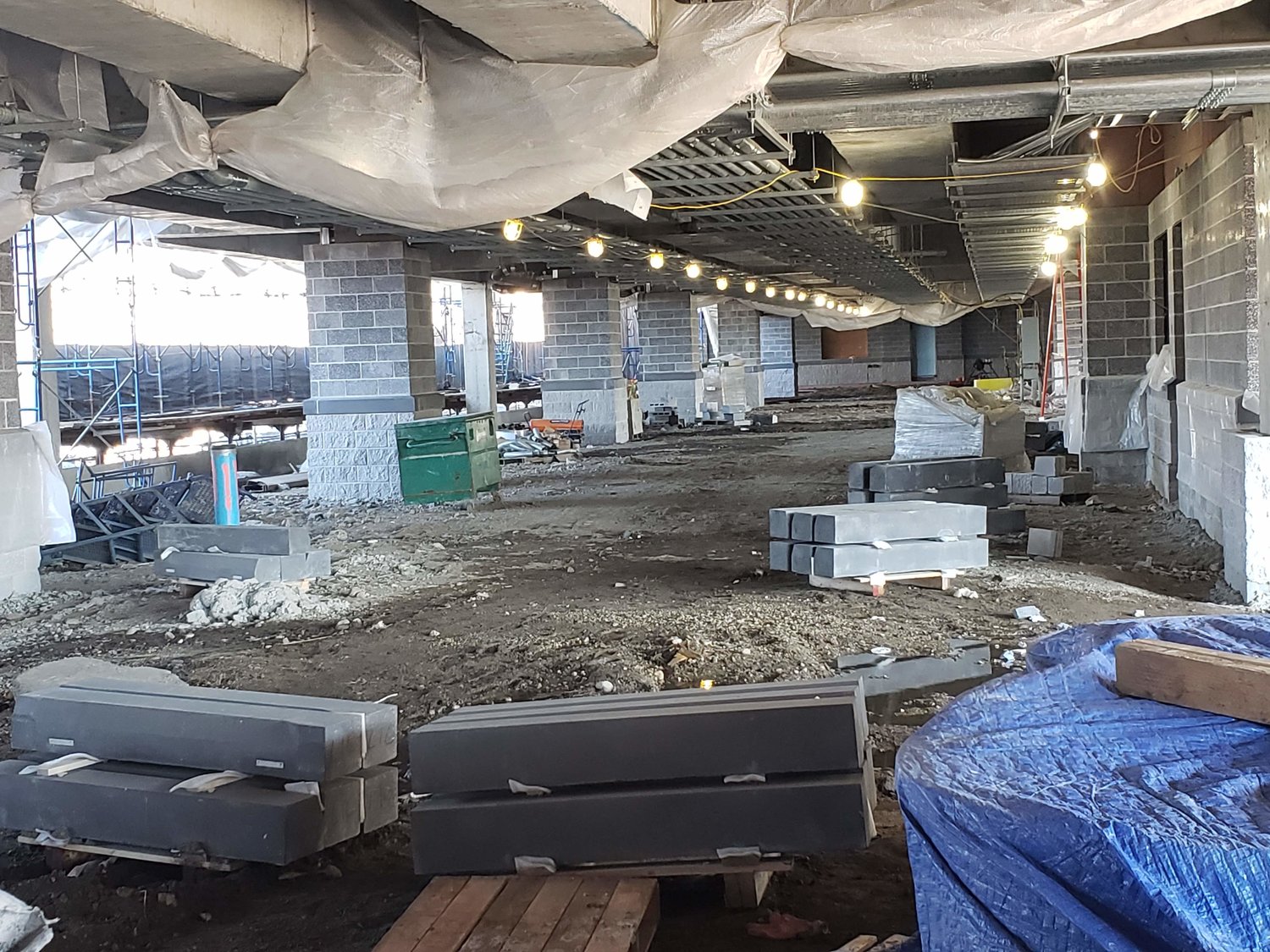 Despite the blocks and rocks everywhere, the new apartment complex will have 100 parking spots underneath the building.
Nadya Nataly/Herald
Previous Next

This is going to be the future of where public housing is going to be.”
Spiros Triantafyllou Jobco project manager
By Nadya Nataly

Construction of the new Moxey Rigby, a public housing complex owned and operated by the Freeport Housing Authority, is well under way on Merrick Road, just west of the Meadowbrook Parkway.
The FHA is not part of the Freeport village government.
The current Moxey Rigby complex is an aging red-brick structure just east of the new one, at the corner of Buffalo Avenue and Merrick Road. Residents are expected to move into the new complex, which has 101 apartment units, in November. The timeline for the move, said FHA Director John Hrvatin, is contingent on the weather and the availability of construction materials.
“The bottom line,” Hrvatin said, "is that residents 'can’t wait to move in.”
The existing complex was built over 70 years ago and has become outdated, he said. The complex is named for Nassau County’s first African-American elected official, Judge Moxey Rigby (1894-1962). Rigby, who was raised in Freeport and graduated from Freeport High School, also served as vice chairman of the FHA. According to Hrvatin, Rigby’s vision was to create public housing in Freeport. The complex is a tribute to his legacy.


Hrvatin said that the existing complex needed expensive upgrades and repairs. Its lower levels were flooded with as much as 10 feet of saltwater during Hurricane Sandy in 2012. The building was repaired, but the fixes were not permanent. Instead of spending millions of dollars more to repair the old building, the FHA board of commissioners decided to build a new $40 million complex.
The Governor’s Office of Storm Recovery gave the FHA $15 million for the construction, and the remaining $25 million was a combination of private, federal, state and local funding, Hrvatin said.
Georgica Green Ventures LLC; Jobco, a developer based in Great Neck; and the FHA have been working for two years to complete the project. The property on which the new complex sits was formerly a coat factory.
“At the end of the year, I believe we’re going to give you a building that the Village of Freeport will be proud of,” said Spiros Triantafyllou, Jobco’s project manager.
The new building, which has a New England shingle-style design, sits on 2.44 acres, and has a footprint of 34,634 square feet. Apartments will range from one to four bedrooms, and will be 25 percent larger than the units in the existing complex. The five-story structure is being elevated above the flood plain — apartments will start on the second floor. Rents are based on tenants’ income.
The complex will feature 100 parking spots, with some underneath the building and others outside. According to Triantafyllou, the complex will include amenities that will give Freeport public housing a new look. It will have an emergency generator, and will be storm-resilient. In the event of another storm like Sandy, Triantafyllou said, residents would be better protected.
“This is going to be the future of where public housing is going to be,” he said.
Traditionally, Triantafyllou said, public housing complexes were red-brick buildings in which air conditioning units hung out of windows. The New Moxey Rigby will feature stone-gray walls and central air conditioning.
“Housing today,” Hrvatin said, “isn’t what your grandfather had. This is really state of the art, economic and an environmentally friendly building.”
Report an inappropriate comment